Maryland’s not quite a lock for NCAA tournament. 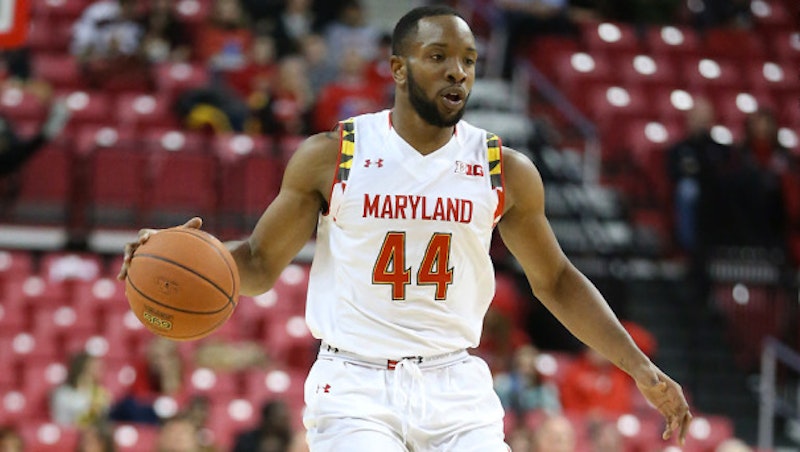 The Maryland Terrapins registered another home court win on Wednesday against Indiana. In typical Terps style the game was a white-knuckler for fans and came down to the final seconds. An errant three, and off-balance follow-up, by Hoosiers guard Yogi Ferrell sealed the deal for Maryland. The victory, which moved the Terps to 20-5 on the season and put them in a three-way tie for second place in the Big Ten, did nothing to quell the concerns about Maryland’s recent road woes.

The Terps have been a Jekyll and Hyde team in Big Ten play. Maryland, undefeated in league play at home, has been routinely drubbed in its first trip through the Big Ten’s basketball venues. After notching an impressive double overtime win at Michigan State and a 69-60 win at Perdue the Terps turned into roadkill. Embarrassing losses at Indiana and Ohio State were followed up with last Saturday’s debacle at Iowa. The Terps trailed 40-17 at halftime as they did their best to make the Hawkeyes look like the Kentucky Wildcats. The first half was a comedy of turnovers, poor shot selection, and defensive lapses.

Maryland has already reached 20 wins, and has impressed in its inaugural Big Ten campaign but sustained postseason success looks like a longshot for this team. The freshman class, led by Melo Trimble, has struggled in league play. Dion Wiley and Michal Cekovsky have all but disappeared since Big Ten play began. Jared Nickens has gone through a shooting slump. Trimble has been a revelation in College Park but also went through a three-game slump. Trimble, along with Jake Layman, has been Maryland’s most consistent player but he’ll need help down the stretch.

Senior guard Dez Wells is Maryland’s most explosive and dynamic player. He’s a freight train on the fast break and can finish like few others in college basketball. The Terps will need Wells to continue as the Big Ten and NCAA tournaments approach. Maryland is no lock for the NCAA tourney but a strong finish and a win or two in the Big Ten tournament should do it, but he team can’t afford any more clunkers. Wells struggled in all three losses, shooting a combined 10-for-30 from the floor. His six turnovers at Iowa crippled the Terps first half scoring chances. With road games at Penn State, Rutgers, and Nebraska, and a home matchup with first place Wisconsin looming, Wells has ample opportunity for redemption. If the Terps are going to make their first NCAA tournament appearance under Mark Turgeon they’ll need some exemplary performances from their senior leader.