Miguel Gonzalez May Be Orioles' Odd Man Out 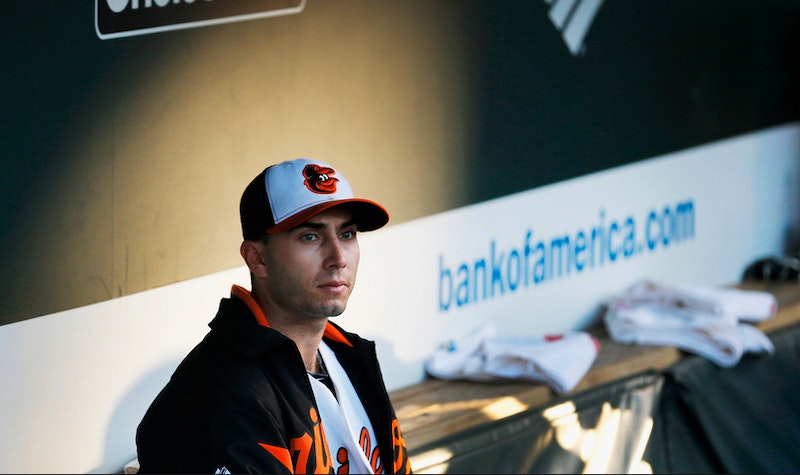 The Orioles avoided arbitration with right-hander Miguel Gonzalez with a one-year $3.275 million contract. The deal provides Gonzalez with some financial security and gives Baltimore rotation depth. But it doesn’t guarantee Gonzalez a spot in Baltimore’s Opening Day rotation.

Gonzalez is symbolic of the Orioles’ turnaround under GM Dan Duquette. After toiling for seven years in the minor leagues for the Angels and Red Sox, Gonzalez got his big break with the 2012 O’s. He was as big a surprise as the team that season, posting a 3.25 ERA in 15 starts. Gonzalez is one of Duquette’s best under-the-radar acquisitions, amassing a 30-21 record and 3.45 ERA in 69 starts over the past three seasons.

He began the 2014 season in the O’s rotation largely as a placeholder for top prospect Kevin Gausman. Gonzalez ended up shuttling back and forth between Baltimore and Norfolk a few times to keep him fresh as Gausman settled into the big leagues. When the Orioles finally pulled the plug on Ubaldo Jimenez after a disastrous July 5th start, Gonzalez regained his rotation spot. He’s likely to find himself in a similar position in 2015, waiting in the wings for another starter to break down or flame out.

As Spring Training approaches the Orioles have six viable starting pitchers, with prospects Zach Davies, Dylan Bundy, and Logan Verrett looming as additional minor league depth. It’s a good problem for Buck Showalter to have but it means that one of those pitchers will probably find themselves in the bullpen on Opening Day. As the roster is currently constructed Gonzalez looks like the odd man out. With Chris Tillman, Wei Yin Chen, and Bud Norris all ahead in the pecking order, and Gausman looking like a future star, Gonzalez will need to root for the continued struggles of Ubaldo Jimenez this Spring if he hopes to avoid bullpen duty or another trip to Norfolk.

Jimenez is owed nearly $40 million over the next three seasons and has reportedly been working hard this offseason to correct the mechanical flaws that resulted in his poor 2014 performance.

Jimenez walked 5.5 batters per nine innings last season and started just a handful of games in the second half of the season. The Orioles will give Jimenez every opportunity to right himself and make good on this free agent contract this season. The 31-year-old righty is currently untradeable. The Orioles either need Jimenez to perform to the level of his salary or impress a competitor enough to unload the contract.

While Gonzalez has been productive in his three seasons with the Orioles, he grades poorly in advanced stats like FIP and is generally a six-inning pitcher. Gonzalez has repeatedly outperformed his peripheral stats and while he’s a good value at $3.275 million, he is not enough of a quality starter to warrant a major return in a trade. He figures to start the 2015 season in baseball purgatory, too valuable to trade but not quite good enough to start.