Looks at Doc Ellis and the early Texas Rangers. 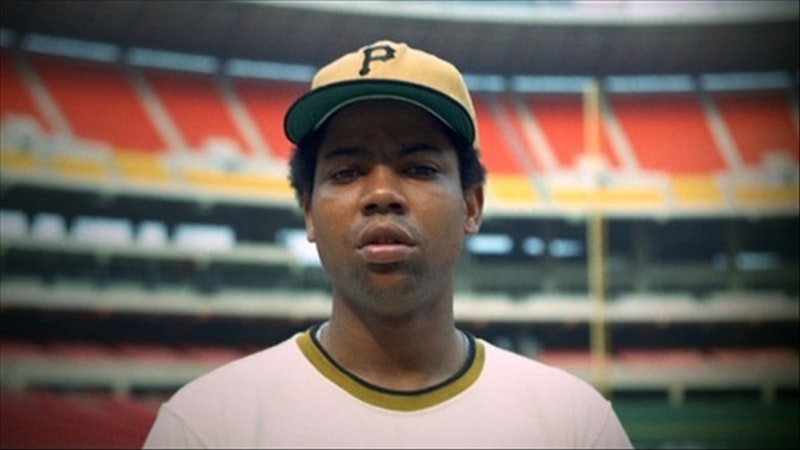 Spring Training is approaching but not fast enough for my liking. If you’re looking for baseball related entertainment options, allow me to suggest a few.

I’ll assume you have a Netflix account because, seriously, who doesn’t have Netflix? Pelotero and The Battered Bastards of Baseball are perfect for seamheads any time of the year. Pelotero focuses on the baseball academies of the Dominican Republic and the young players with big league dreams housed, trained, and counseled by those academies. The documentary centers on the bidding war for the services of a few select teenagers, most notably Miguel Angel Sano and Michael Ynoa. If you’re familiar with Sano and Ynoa you probably have a subscription to Baseball America. If you’ve never heard of them don’t fret. Neither has yet to appear in a Major League game, though Sano is one of the best power-hitting prospects in the sport, and Ynoa was recently acquired by the White Sox in the Jeff Samardzija trade.

Throughout Pelotero, the goal of the Sano and Ynoa camps is to top the $3 million signing bonus that Gary Sanchez received from the Yankees when he turned 16 back in 2009. Don’t worry if you’ve never heard of Sanchez either. The 21-year-old catcher batted .270 with 13 home runs for Double-A Trenton last season. The film focuses on the pre-signing promises that Sano received from several organizations prior to his 16th birthday and the shady work of a Pittsburgh Pirates scout who threatened those contract offers. Pelotero is a crash course in Dominican baseball that will leave you rooting for Sano and running countless searches on baseballreference.com.

The Battered Bastards of Baseball is pure entertainment just like the Portland Mavericks that it depicts. The Mavericks were an independent league team owned by Hollywood veteran Bing Russell. The Mavericks set out first to entertain by putting fans first and giving a second chance to everyone from former big leaguers like Jim Bouton to small college stars and tryout camp standouts. The Mavericks employed baseball’s first female general manager and served as Kurt Russell’s last professional baseball experience before he followed his father’s footsteps to Hollywood. As a resident of York, PA, where the Atlantic League York Revolution have become a source of summer entertainment and civic pride, the work of the Mavericks in re-establishing the importance of independent league baseball is much appreciated.

You’ll have to switch from Netflix to Amazon Prime to watch No No: A Documentary, which focuses on the career and life of former Major League pitcher Dock Ellis. Though he’s best known for pitching a no-hitter while tripping on acid, Ellis is revealed to be a deeply flawed, often hilarious, and ultimately redemptive figure. Ellis tells stories of his earliest days in pro ball, rampant racism and drug use. He speaks openly of his reverence for Jackie Robinson and his struggles with substance abuse. The most remarkable thing about No No is discovering that somehow pitching a no-hitter on LSD isn’t even close to the most interesting thing about Dock Ellis.

I highly recommend the book Seasons in Hell by Mike Shropshire. The veteran Dallas baseball writer spins an often hilarious, occasionally shocking, look at the Texas Rangers shortly after their departure from Washington. The first half of the book deals with one of baseball history’s worst squads, the 1973 Rangers managed by Whitey Herzog. You’ll be hooked a few pages in when Herzog openly rips the talent and manhood of his projected starting rotation. When Herzog is fired and replaced with Billy Martin, the book moves from funny to weird. Herzog’s off-color quips are traded for Martin’s Machiavellian schemes, paranoia and borderline criminality. Shropshire does an expert job of playing inside baseball while entertaining his audience.