It's Time to Say It: Billy Beane is Overrated 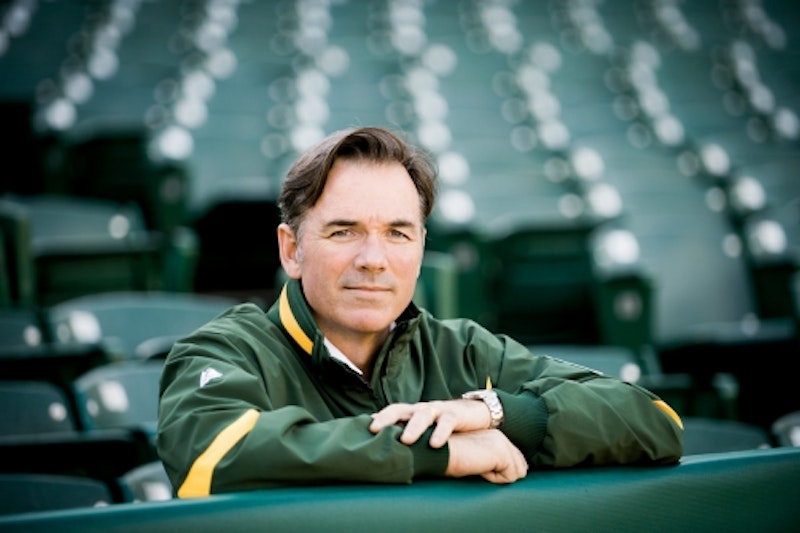 In an attempt to rebuild his franchise, Billy Beane has completed a weird and surprise-filled offseason. The longtime A’s GM hasn’t been to the playoffs since 2006 after being an October mainstay in the early 00’s. Moneyball, the famous book and movie, chronicles his approach as a small market executive, highly inflating his legacy.

That doesn’t mean Beane is a bad general manager, especially considering the circumstances. Not every cash-strapped club can perform like the Rays. After an 81-81 2010, the A’s slumped 22 games below .500 last year. Beane clearly took this a sign to rebuild; so rebuild, he did. Oakland’s pitching staff was completely dismantled and retooled with rookies and reclamation projects. He sold high on Gio Gonzalez, low on Trevor Cahill, and practically gave Andrew Bailey away for free. Still, in the end, the team received some talented prospects. Jarrod Parker, Brad Peacock, and A.J. Cole are potential studs.

And as surprising as the Cahill trade was, their February signing of Cuban defector Yoennis Cespedes was an even bigger shocker. The deal simply doesn’t make sense from Oakland’s standpoint. He’s just signed through 2015, giving the 26-year-old enough time to develop as an impact major leaguer but only put together one or two successful seasons. Cespedes will most likely need seasoning in the minors this year, and when he does come up to the Bigs, do you really think he’ll hit right out of the gate? Predicting 20 home runs in 2013 is optimistic. With a skill-set similar to the Orioles’ Adam Jones, the centerfielder will not live up to expectations immediately. And when, or if, he finally reaches his potential, it’ll be time for free agency. The A’s are simply grooming him, and paying $36 million for it.

And if Cespedes is manning center, where will the recently extended Coco Crisp play? Tell me again, why did Beane sign the outfielder? $14 million to Oakland isn’t chump change, and for a team that’s not competing, with a plethora of outfield options, Crisp is simply a waste of money. The only reasonable, if foolish, reason they inked the speedster is because of open payroll space. Clubs should never spend money just because they feel obligated to. So what if there’s some free cash? Instead of wasting it on an aging base stealer, why not put it towards the future and sign Jorge Soler?

Five of the A’s top eight prospects are right-handed pitchers. Parker, Peacock, Cole, Sonny Gray and Raul Alcantara all have high upside and could lead Oakland’s rotation, but with no offense to back them up. Cespedes, Norris, and Michael Choice show promise, but the Coliseum will undoubtedly suppress their innate hitting tools. Beane can’t use the low payroll excuse forever. He should take a lesson from Andrew Friedman on how to properly rebuild a ball club.