Kick off the 2012 season with some proven players. 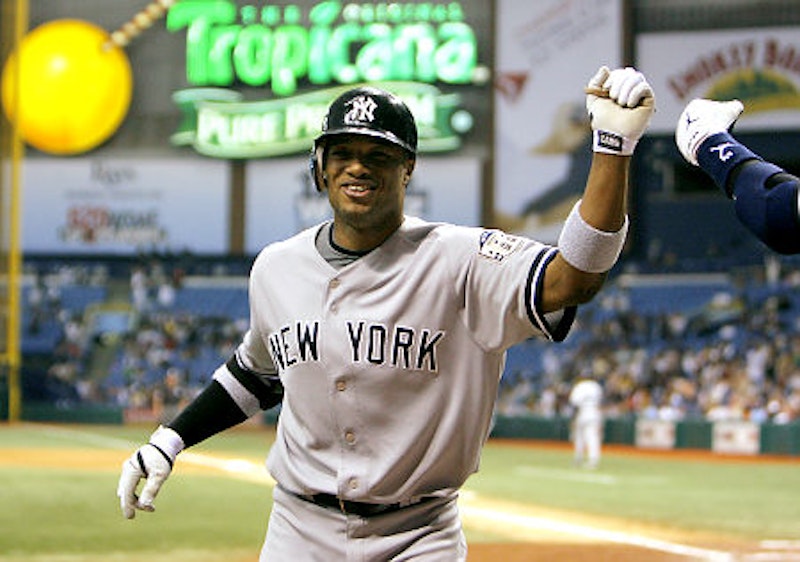 Ryan Braun bumped up 35 spaces on the draft board after he beat an MLB PED rap. Now at the number four overall position at ESPN, his recent promotion is good news for all fantasy owners who haven’t drafted yet (and some who have, and were lucky enough to snag Braun in the third round). Not only is the Hebrew Hammer back in the fold for a full season, but he also pushes other first rounders back one position. Evan Longoria, Joey Votto, and Robinson Cano are that much more attainable for owners with later picks.

Here’s how the first 12 picks should now go:

Miguel Cabrera: An easy number one. Not only is he the best hitter in the AL, but he’s also going to be eligible for third base 10 games into the season. Prince Fielder will be batting behind him this year, too, which makes him even more of a slam-dunk.

Albert Pujols: He’s going to hit no matter where he plays. Last season’s slump was most likely caused by many contributing factors; bad luck, stressful contract negotiations, and the uncertainty of his 2012 team. Expect the usual production of 40+ home runs, .300+ batting average, and a monster OPS.

Jose Bautista: He’s proven himself enough, hasn’t he? Maybe not. Are two MVP-caliber years really enough to warrant drafting Joey Bats over more consistent sluggers? You need to make that call. His 8.3 fWAR points to yes, but the third-baseman/outfielder may not deliver on all that promise. The first round is all about sure things; you can go for upside later. Bautista looks to be the exception, though, as he could win a whole week single handedly.

Troy Tulowitzki: Shortstops are harder and harder to come by. Hanley Ramirez was a huge disappointment in 2011, so Tulo is the only SS going in the first round. The only concern for him is injury, but as long as he stays healthy, he will contribute heavily.

Matt Kemp: Arguably the best player in 2011, Kemp oozes with potential (which was met with last years near 40-40 campaign), but memories of 2009 still haunt some owners. Additionally, he plays the outfield, which is one of the deepest positions this season.

Ryan Braun: Directly after winning the MVP, Braun was slapped with a positive PED test and the specter of a 50-game suspension. He pleaded his case (and won on a technicality), and is now preparing for spring training. Pessimists might wonder if PED’s fueled his 33-33 season, but there’s no reason to be concerned. Braun has been a top player since his high school days; a repeat isn’t unlikely.

Joey Votto: The Reds first baseman won’t be wearing a Cincinnati uniform for long, and everyone knows it. Votto is looking at Prince Fielder and Albert Pujols and frothing at the mouth; he wants that dosh. Prepare for two monster seasons prior to free agency so he can showcase his talents.

Robinson Cano: The model of consistency at a weak position, Cano won’t be the centerpiece of your team, but he’ll reliably stack up points with hardly any injury risk.

Evan Longoria: His .244 average last year was an anomaly. Those 31 home runs, however, were not. Tampa Bay may not have the best offense in the AL, but Longoria certainly is one of the premier hitters. Third base is thin, too, so don’t be afraid to reach for him.

Adrian Gonzalez: He’s not going to bat .338 again, but he’ll definitely club more than 27 round trippers. Gonzalez’s minor power outage can be explained by wrist surgery, and going forward, a 40-homer season isn’t out of the question.

Justin Upton: Much like Kemp, Upton carries risk. He’s been hyped since he was a kid, so that’s nothing new. The little Upton brother could truly break out and perform like a late 1990s Ken Griffey Jr., or he could slump to 2010 levels. Outfield is deep, so unless you can predict the future, I’d shy away from the D-back.

Dustin Pedroia: Every analyst is projecting a drop in power. Why? The second baseman has been steadily upping his home run total since his first year in the Bigs. Pedroia will deliver, no question.

And yes, Jacoby Ellsbury has been snubbed. He may steal 50 or more bases, but with an uncertain position in the lineup, a drop in power imminent, and the forthcoming pitcher adjustment, he’s going to regress.