Contracts have been signed, but who landed the better deal? 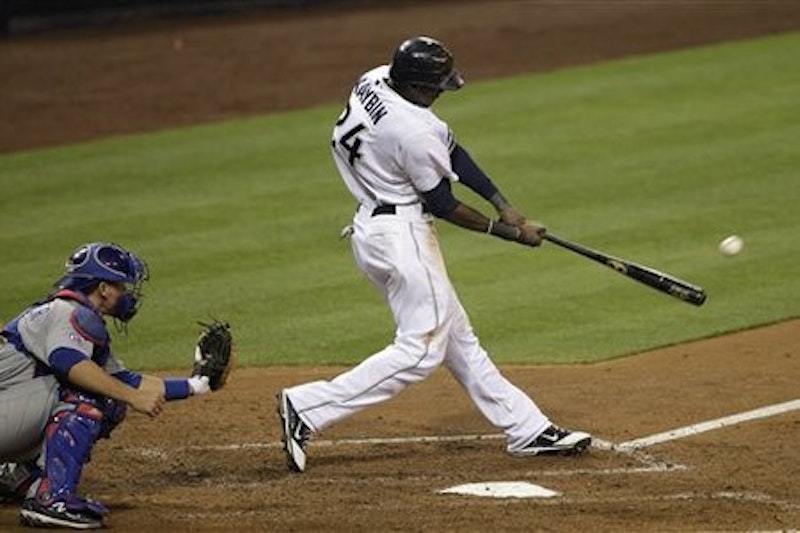 Pittsburgh and San Diego both recently locked up their young, speedy outfielders to relatively inexpensive contract extensions. While Andrew McCutchen, of the Pirates, received more than twice as much as the Padres’ Maybin, his skill set and prospective value warrant a bigger salary. Of the two, the former has far more potential to become a superstar, but that’s not to say Maybin is a chump.

Maybin, 24, stole 40 bases last year in a breakout season. Additionally, had he played in a more hitter-friendly home ballpark, the right-hander would’ve hit more than nine home runs. While his power may develop more, the Pods extended the youngster because of his electric speed and game-changing defense. Center field is an extremely tough position to fill in PETCO because it’s so spacious, but GM Josh Byrnes doesn’t have to worry about filling that hole for potentially another six years. Same with Neil Huntington, general manager of the Pirates. Before a disappointing second half, McCutchen was playing like an MVP. The 25-year-old was hitting for average and power, taking walks at a more than sufficient clip, stealing bases, and patrolling center like the old, juiced-up Andruw Jones.

Good hitters who also play up the middle are scarce, but when one is acquired, they can be building blocks for any team. Both Maybin and McCutchen will most likely see October in the next few years with their respective clubs. But which one will make the playoffs first?

Pittsburgh has had the longest postseason drought, by far, so they should compete first, right? Not exactly. Up until the current administration, the Pirates wasted so many of their high first round draft choices on available, low upside players. The 2010 and 2011 drafts will lead to a couple success stories, though, as they nabbed quite a few promising prospects. Jameson Taillon, Stetson Allie, Gerritt Cole, and Josh Bell, if developed correctly, are future All-Stars. ESPN’s Keith Law, Baseball Prospectus, and Baseball America think quite highly of Starling Marte, an international signee.

But comparing farm systems, the Padres kill the Pirates. Law ranks their system number one in baseball, saying “in terms of total future value of players likely to play significant roles in the big leagues, they're ahead of everyone else. Some of these players, especially from the 2011 draft, will develop into stars.” By 2013 or 2014 Maybin will be leading off for a powerhouse of a lineup. With a small free agent addition or a smart trade, San Diego could dethrone Arizona sooner than most think.

Before Padre fans start praising Byrnes, remember former GM Jed Hoyer assembled most of these top prospects (with the exception of Yonder Alonso and Yasmani Grandal). Byrnes doesn’t have the greatest track record, but with such a talented crop of players it’s hard to go wrong.