In Cherington We Trust? 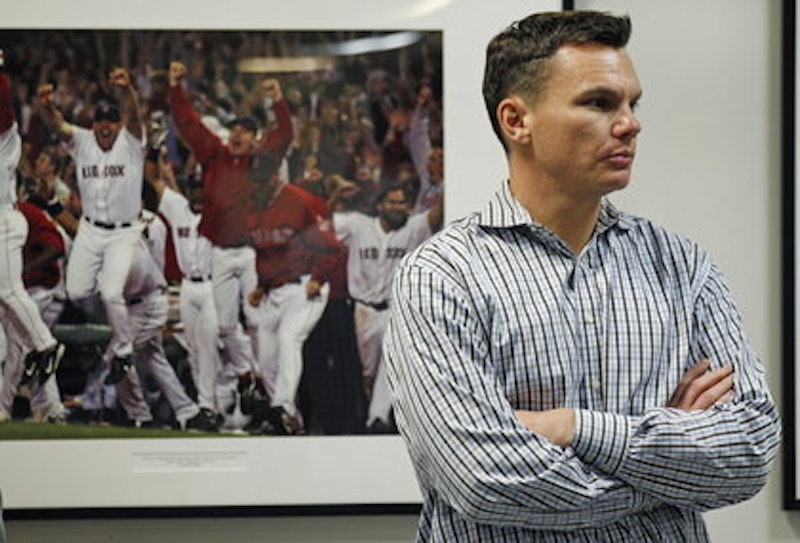 When will Red Sox GM Ben Cherington exhaust the considerable amount of good will he received for winning the 2013 World Series?

It was an astonishing year. The team rebounded from a 93-loss 2012 by leading the American League in wins the next year. The ’13 Sox were messy, goofy, fun to watch, and most importantly, good. They resembled the ’04 club in their rattiness and ’07’s for dominance. The entire 25-man roster (including, inexplicably, the new arrivals) carried a chip on their shoulders despite being the product of $159,578,214. Who knew Boston could ever be underdogs again?

I’m starting to question the notion that Cherington’s a direct descendant of Nostradamus. His plan worked out, yes, but there were a variety of other factors that led the team to win 97 games. One was timing. Four starting position players were set to become free agents following the 2013 season. I’ve written about this phenomenon a dozen times: on average, players perform better during walk years. The team also benefitted from good luck: for the most part, injuries were scattered, and when they appeared, they healed quickly. Most of all, though, Cherington inherited a talented team from his predecessor, current Cubs president Theo Epstein. It may not have seemed like it in 2012, when they were underperforming, but the Red Sox haven’t been bereft of talent since the aforementioned Duquette years.

The worst thing that a GM can do after winning the World Series is try to recreate his championship team the next year. Giants GM Brian Sabean falls into this category. After San Francisco’s 2010 and 2012 World Series titles, Sabean re-signed nearly every contributor that was headed for free agency. It didn’t work. The missed the playoffs in 2011 and 2013.

Cherington smartly allowed Jarrod Saltalamacchia and Jacoby Ellsbury (how long before the Yankees regret that seven-year contract?) to switch uniforms, but he shouldn’t have re-signed Mike Napoli or Stephen Drew. Napoli has performed fairly well, but the obvious alternative, Jose Abreu, has done far better. Cherington was apparently unwilling to spare the extra $5 million that it took to sign the Cuban first baseman. In most cases it’s pointless to whine about “what could have been,” but Abreu represented more than an upgrade at first base. He was a building piece. Someone young enough to contribute for the next six years.

The Abreu fiasco exemplifies Cherington’s main bugaboo as general manager: he’s too passive. Inaction has been his greatest weakness during his short tenure. Boston’s dreadful 2014 campaign is a result of a fruitless offseason. A.J. Pierzynski? Upchuck (no surprise, he was DFA’d yesterday). Edward Mujica? His designation is forthcoming. These transactions weren’t inspired. They were low-upside, low-reward. Cherington needs to take some risks in order to contend. If he wants to win in 2015, then the team better look drastically different, and not just with the exciting young players who keyed Wednesday night’s improbable (for the ’14 Sox) walk-off win over the White Sox.