The All-Star Game is perilous for fantasy baseball players. 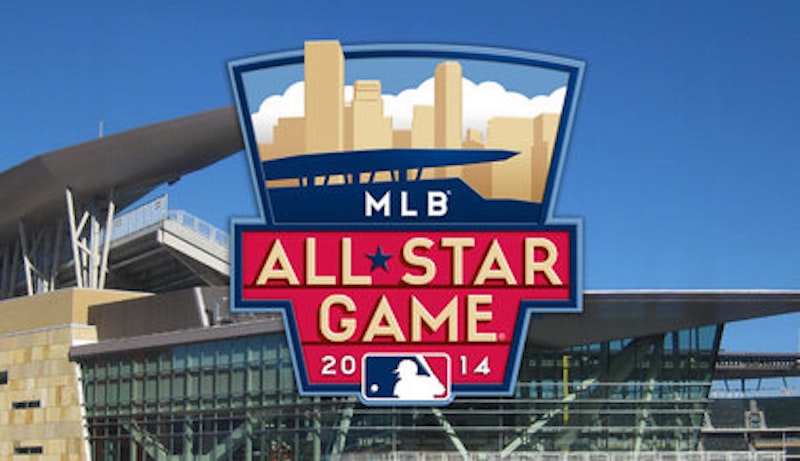 If you’re a baseball fan, you may remember that the All-Star Game ended in a tie in 2002. After 11 innings, both managers had used up their entire rosters, and the “midsummer classic” was called. The game has always been an exhibition, a halfway point (actually 55-60 percent, as teams have played 91-97 games), and a rest period for most major leaguers, managers, pitching and bench coaches, trainers, umpires, security guards, grounds crew, ushers, vendors, scoreboard operators, and everyone else associated with the grind of the 162 game schedule—including the fans and those fantasy baseball types like myself, who realize just how obsessively baseball has crept into their lives after nearly four months of fandom and competition.

The tie led to mild controversy. A tie is never supposed to occur in major league baseball. Commissioner Bud Selig decided he’d fix something that wasn’t really broken and changed the rules of the game in order to give the exhibition higher stakes. Instead of simply showcasing some of the league’s best, (not all, as roughly 53 percent of the league’s starting pitchers are on the DL, and sometimes they pitch on the Sunday leading up to the game as David Price did this year) Selig made the All-Star game way more important than it should’ve been by having it determine home-field advantage in the World Series. The 162-game regular season doesn’t matter when determining home field.

In 2004, my beloved Boston Red Sox benefitted from Selig’s decision, by receiving home field over the 105-win St. Louis Cardinals. The Red Sox won 98 games that year, and were propelled into the Series by the improbable epic comeback (Dave Roberts’ stolen base!) over the rival Yankees in the ALCS. After overcoming the 3-0 deficit against the Yanks, it felt like the weight had finally been removed and the Red Sox would actually win the whole thing. It didn’t hurt that they played the first two games at Fenway because the American League had won a game in mid-July. The Red Sox ended up sweeping the Cardinals in four.

You might say things evened out in 2011, when the 90-win St. Louis Cardinals received home-field over the 96-win Texas Rangers. The Cardinals had won the wild-card—there was still only one wild-card winner from each league in 2011—on the final day of the season when the Atlanta Braves completed a late-season collapse, losing their final five games. Because the NL won 2011’s midsummer extravaganza, the Cardinals hosted Texas. It was a series that was memorable for its unpredictability: the teams went back and forth over the course of the seven-game series, with three of the seven games decided by one run. All three of those game took place in St. Louis, with the Cardinals winning two of the three nail-biters. The Cards pulled out a stunning Game 6 victory, 10-9 in the 11th inning, on a David Freese walk-off homer to push the series to Game 7, which they won handily.

The American League won the All-Star game every year from 1997 to 2009, with the exception of the 2002 tie. The NL won three straight before losing last summer. If the last few years are any indication, I’ll DVR the game, and watch it, looking for Red Sox players (Jon Lester and Koji Uehara). I’ll cringe whenever my fantasy pitchers take the mound, afraid that one bad inning will injure their fragile psyches. The game will inevitably move fast, taking little more than two hours or so because great pitching usually dominates when hitters haven’t had much experience with the guy on the mound.

If I zoom out for a minute, I can consider the value of a four-day break from the regular season. Maybe I’ll unplug from baseball long enough to start reading a novel, get into a writing rhythm, or both. After dealing with a big move, a new puppy, life has changed dramatically, and it would be cathartic to write more now.

I used to love baseball in a more desperate way, before the Red Sox had overcome their World Series championship drought. When believing in them was unorthodox and foolish (among older, more experienced Bostonians). I grew up in the 1980s and 90s, when just making the playoffs was a big deal. I can appreciate the enthusiasm of Pirates fans who finally tasted the postseason last October. And yet, my team has won three times in the last decade. I moved to San Francisco in 2004, and gradually allowed myself to cheer for the Giants. My wife and I could cheer together. You see, my wife is a Yankees fan, and though we both love baseball, watching it together has been excruciating at times (2003 especially). Seeing the Giants win in 2010 and again in 2012 was incredible. The Bay Area was transformed. A few years later, it is clear that postseason glory also has a price. This much success is bizarre. It can make decent fans lazy or greedy. There’s value in rooting on a mediocre team, or a team that breaks your heart by being good, but not quite good enough. There’s an emotional investment in sports that can be traumatic for some. I have friends who are hardcore Oakland A’s fans. They’ve had their hearts broken. One friend, a former high school baseball star and brief Division One shortstop, is planning to consciously block out all of the “A’s are now the AL favorites” talk because he’s worried about the emotional toll of another unfulfilling ending in October. Of course, the more he denies that the A’s are legit contenders, the more he’ll probably subconsciously convince himself this is the year.

I love the Red Sox, even in years like this one. I’ll keep listening to Joe Castiglione and Dave O’Brien while I walk the dogs in the late afternoon. They’ll keep me going on the steep uphill climbs of the new neighborhood. O’Brien recently described Astros pitcher Scott Feldman as a “human rain delay” because he takes so long in between pitches. Castiglione’s nasally baritone will keep the sounds familiar as I take in the new surroundings and tug on leashes. Another benefit of the West Coast is the four p.m. start time. I’ll listen closer whenever Mookie Betts is at the plate, hoping he becomes a worthy keeper for my fantasy team. I’ll cheer for my adopted NL team, the Giants, with their beautiful park, even if their recent success has spoiled some of their fans. I’ll travel with a friend to San Jose, where I’ll watch some 21-year-old prospects in Single A ball. Baseball will be here all summer as it always is. I can appreciate those lovably over-achieving Athletics, even if their fans can get ridiculous and their stadium grass gets painted with football yard-markers in September. And, yes, I love competing in two fantasy baseball leagues. Still, a break is good. Perspective is helpful for the soul. The Red Sox can’t lose for four straight days. That’s helpful, too.