Getting those final outs can be torture in more ways than one. 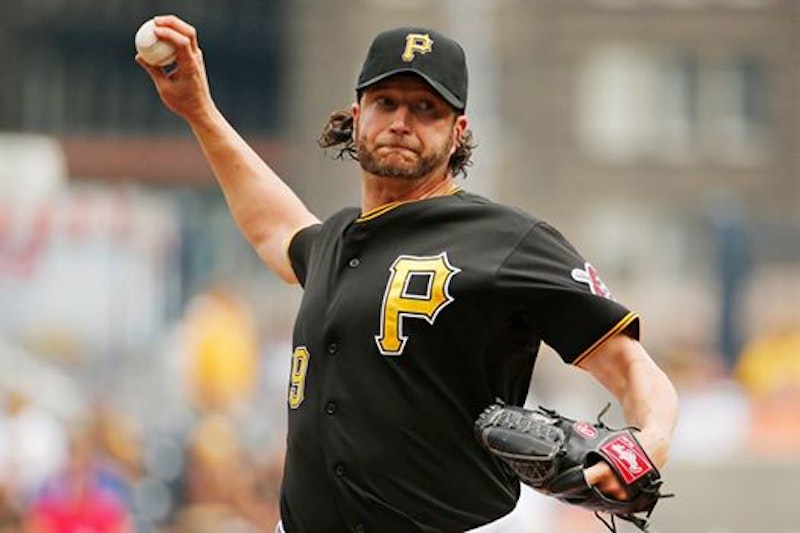 If I could pick only one baseball stat to rank first on my long list of hated baseball stats, the save might be at the top. The one stat I love, on the other hand, is the blown save. Blown is an adjective shaken, not stirred, in this case and it just flows off the tongue. The blown save is late ruination and abject failure in the spotlight, leaving no place for the hirsute zany guy on the mound to hide after jogging in to a heavy metal soundtrack and giving up the game-tying homer to a beefy pinch-hitter in the ninth.

The “save situation” reeks of juvenile gamesmanship—three bored seventh grade boys in the back yard trying to make the whiffle ball game more complicated and therefore interesting. Managers who keep their “closers” in the bullpen with a four-run lead in the ninth often pay dearly for their diligence to the save statistic. It’s amusing when rigid relief pitching roles go awry, almost as funny as a baserunner picked off during a wheel-play bunt defense.

The hubris of closers this season has been the stuff of great folly. Jason Grilli hadn’t quite completed his shopping mall book tour promoting his just-published autobiography Just My Game when he was suddenly traded from the Pirates to the Angels. He was coming off another arm injury and had notched his fourth blown save just a week prior, after which Pittsburgh manager Clint Hurdle named set-up man Mark Melancon as the new closer. In the magical season of 2013, Grilli had 33 saves and pasted together an impressive run until the injury sent his velocity southward. He earned the save in game three of the NLDS against St. Louis after the aforementioned Melancon squandered a one-run lead in the eighth when Carlos Beltran took him deep. So the 37-year-old Michigan native and Pearl Jam fanboy does indeed have “skins on his wall” as Hurdle writes in the foreword to Grilli’s book. But he just couldn’t seem to get those final outs of the game, so the Bucs shipped him to the West Coast in exchange for another blown save practitioner: Ernesto Frieri.

In his strongest reporting to date, MLB.com Pirates writer Tom Singer got the anecdote of a chance meeting in a men’s room at Chicago’s O’Hare Airport. Grilli, connecting for a flight to Kansas City to join his new team on the road, was washing his hands when the guy at the next sink recognized him. It was Frieri, who was at O’Hare connecting for a flight to join his new team at home in Pittsburgh. They’d been traded for each other, and there they were in an enormous Midwestern airport in the same men’s room—a chamber suddenly transformed into a baseball bardo if only for a few moist moments. The demoted closers exchanged pleasantries over the roar of the hand dryers and each went on his way and Singer could get back to being a week behind in most of his coverage of the Pirates. Grilli and Frieri would both record a “hold” in their first week with their new teams, and the Pirates seemed to get the better end of the deal as the Colombian hurler is almost 10 years younger than Grilli and has a much healthier soup bone at this point in his career, and, unlike present day Grilli, Frieri actually strikes out batters.

Before the ink was dry on the Grilli for Frieri business, the San Francisco Giants found their wacky closer Sergio Romo (he of the “I just look illegal” t-shirt at the Giants World Series parade) ineffective in the ninth. After his fifth blown save, Bruce Bochy decided to opt for the “closer by committee” solution, which sounds like something available on late-night C-SPAN. Giants fans can reach for the Bromo-Seltzer as Bochy’s committee includes a guy named Affeldt and the schedule has a four-game series with the Oakland A’s looming.

The king of the blown saves, career-wise, is Goose Gossage with 112, though when he toiled on the mound “saves” often involved pitching the final three innings of a game. The only closer yet to board the blown save hovercraft this season is San Diego’s Huston Street. His quiet efficiency is alarming to watch, especially if you are accustomed to the usual closer histrionics and fanfare. Street, with 22 saves so far, has all the menace of a suburban dad waiting for an oil change in the lobby of a Jiffy Lube, trying to feign interest in an old copy of Car & Driver. Street is currently making the pundit rounds as trade bait, given the Padres malingering beneath .500 ball with a stranglehold on third place in the NL West.