I Stand Accused! Hateful and Ignorant! 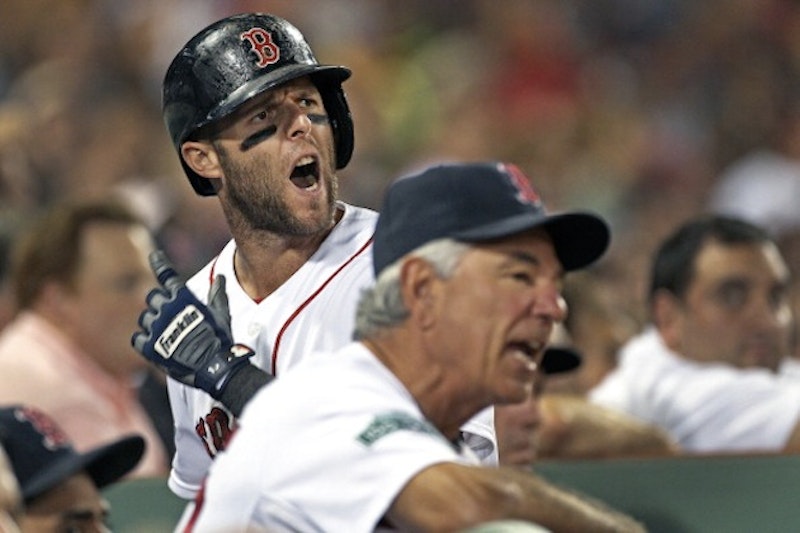 Down my way, a frequent rejoinder to a misunderstood remark is “Well, that’s just ignorant!” as if that tepid bromide satisfactorily completes a conversational exchange. I’d thought this was a Mid-Atlantic (or further South) tic common to those who are either inadequately educated or simply not blessed with an average amount of brainpower. But as one who’s tickled at surprises, verbal or otherwise, I found myself on the butt-end of a fleeting Twitter exchange yesterday with Peter Abraham (@PeteAbe), The Boston Globe’s Red Sox beat reporter.

Abraham, in a preview of a Sox round-up that would appear later on boston.com, Tweeted: “Tito on the book and @dan_shaughnessy did: ‘I hope people buy it.’ Said he and Dan worked hard on it.” I replied: “Tito was the best, but I have no interest in that sort of (mostly) sanitized sports book.” Abraham: “Pretty silly to judge something you haven’t seen.” Well, no, not really. Authorized bios of athletes (or other celebrities) are rarely worth the time, and are mostly a way to make a buck or burnish a legacy. Dustin Pedroia and David Ortiz are favorites of mine on the Sox, but I didn’t even glance at their ghost-written books. There are fine baseball tomes to be had, Jane Leavy’s The Last Boy, on Mickey Mantle, was splendid, as was Tim Wendel’s Summer of ’68: The Season That Changed Baseball—and America—Forever, just two recent examples.

Abraham, as well as the army of Sox reporters and bloggers, kept Tweeting “zingers” from Francona’s meet & greet, and, perhaps foolishly, I kept up, replying, “Anodyne lines from a great manager and okay broadcaster. Hope he does well with the Indians.” Fairly innocuous, no?

But Father Pete, guardian (at least yesterday) of Francona, and probably more germane, his colleague Shaughnessy, barked back “I feel badly for you. Being hateful and ignorant is a terrible way to go through life. Good luck.”

It must be noted that I've never met Abraham (whose Red Sox blog I read and enjoy), so his diagnosis of my temperament and I.Q. was merely the speculative brush-off that’s ubiquitous in the latrine known as Twitter. (That’s not entirely fair: Twitter’s a venue for promotion and breaking news, and that’s valuable; it’s the unbridled vitriol that’s off-putting.)

And I don’t think Abraham is a tool for the Red Sox management; especially on his blog he’s often quite critical of the team, and, as you’d expect, last year’s disaster gave him a lot of material to gripe about. As a longtime writer who’s elicited very nasty and personal criticism (especially for my MUGGER column in the old weekly New York Press), insults like “hateful” and “ignorant” pack the punch of near beer. What was puzzling, and left me in a deuce of a pickle trying to figure it out, is why a reporter like Abraham is so thin-skinned. Could be he was distracted by $$$ shelled out by GM Ben Cherington for Shane Victorino. At least, that’s my charitable take. Good luck, Pete!