Is Red Sox GM Ben Cherington up to the job? 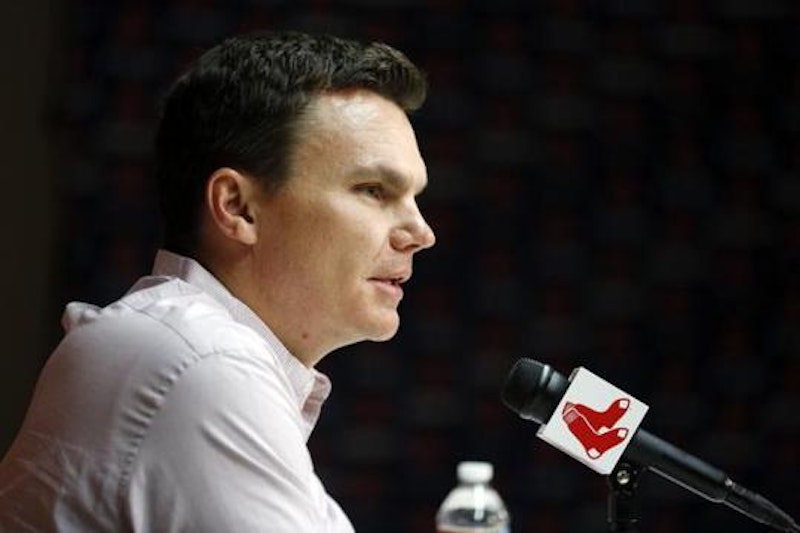 There were two logical approaches that the Red Sox could have taken going into the offseason: rebuild for 2014 by trading either Jon Lester, Clay Buchholz, Jarrod Saltalamacchia, and Jacoby Ellsbury (midseason) or attempt to win in 2013 by signing a number of high risk/high reward free agents to short-term deals, like Dan Haren, Melky Cabrera or Brandon McCarthy.

GM Ben Cherington obviously couldn’t decide between the two options and instead chose to be uncontroversial and operate directly in the middle ground. Sox fans were given hope after the historic Dodgers trade last summer. Cherington unloaded nearly every contractual burden inherited from former GM Theo Epstein. The trade allowed the Sox to become a leaner, younger, more athletic team that wasn’t hampered by old, expensive veterans. There was even more reason to be hopeful after Cherington and president Larry Lucchino publicly announced their desire for solely short-term deals.

The David Ross signing was logical. The move allows the flexibility to trade Saltalamacchia and a back-up plan in case Ryan Lavarnway falters. The subsequent Jonny Gomes deal was a little more questionable. Is he a platoon player or fulltime regular? Either way, two years/$10 million is hardly debilitating. And then Mike Napoli got three years, and then Shane Victorino got three years, and now the team is interested in Ryan Dempster and Kyle Lohse.

The years won’t kill Boston. Worst-case scenario, the team can DFA Victorino or Napoli in the final year if they’re terrible. The problem, in the short term, is that they clog the rosters. Napoli, as evidenced by his 2011 season, has the upside to be an All-Star first baseman. He still carries a lot of risk, though, which is why three years could be one too many. Victorino, on the other hand, I’m far less hopeful about. In 2012, The Hawaiian native had one of the worst seasons of his career, hitting especially poorly against righties.

With Victorino and Gomes now set in the outfield, the Sox don’t have room to sign Nick Swisher (who’d be far preferable to the current options) or potentially trade for Royals prospect Wil Myers. Even worse, if Cherington really does want Swisher, he may be persuaded to trade Ellsbury, who’s entering a contract year and primed for a huge season. Then, with both Swisher and Victorino in tow through 2015, finding space for top prospect Jackie Bradley Jr. would be difficult.

The starting rotation could have been an asset in 2013, too, but now it looks like it will yet again be a weak spot. Dan Haren, who recently signed with the Nationals for $13 million over one year, was seriously interested in joining Boston until Cherington and team low-balled the hurler. McCarthy was an option, too, but apparently $15.5 million over two years is too rich for Boston’s blood. At least Shaun Marcum, who will likely be looking for a “pillow” contract, is still available.

With these recent moves, the Red Sox have primed themselves for another mediocre season. None of the players signed so far are difference makers and worse yet, won’t be useful by the time Boston’s stud prospects get to the big leagues.