How To Fix The Seattle Mariners

Do not trade King Felix. 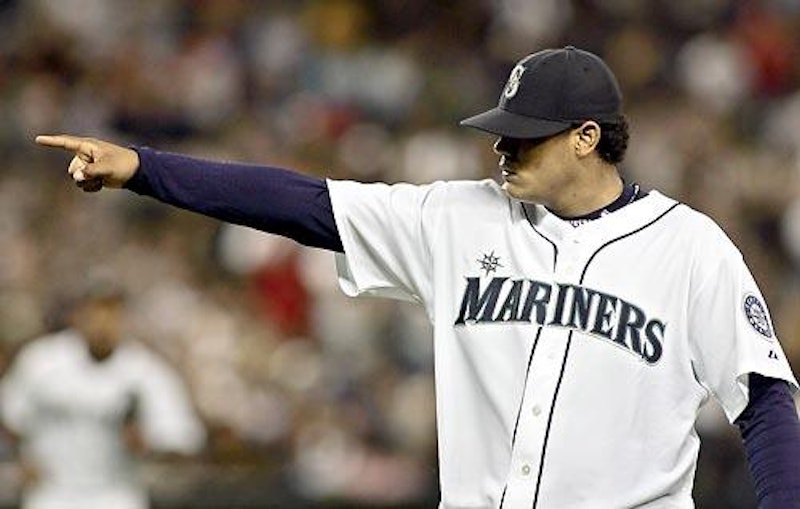 The Seattle Mariners were a terrible team last year. Their popgun offense made the Orioles look like the '27 Yankees. While the Mariners may struggle to score they’re comforted by the knowledge that every fifth day AL Cy Young winner Felix Hernandez will take the mound.

On Monday, FOXSports.com’s Ken Rosenthal wrote a column urging the Mariners to trade King Felix to the New York Yankees for a package of prospects. Rosenthal's point was that the Mariners wouldn’t contend even with Hernandez so why not get some young talent for him. I understand Rosenthal’s reasoning, but I think trading Hernandez would be an epic mistake that would leave the Seattle franchise reeling for years.

Hernandez is signed through 2014 so there's certainly no need to move him any time soon. Even if the Yankees were willing pay a king's ransom there's no urgency to make such a move in March. Seattle would be better off letting Freddy Garcia and Bartolo Colon get knocked around Yankee Stadium a few times before fielding calls from New York’s GM Brian Cashman.

Rosenthal proposed a five-for-1 deal centered around catching prospect Jesus Montero and pitcher Manuel Banuelos. Such a deal would certainly pump some young talent into the Seattle farm system. However, Rosenthal overlooks one critical point in his proposal; the Mariners can't possibly get equal value in a trade for Hernandez. For as much as Montero and Banuelos have been hyped as the next great Yankees there's little reason to think either will ever be as good as King Felix. The fact that New York would be giving up five players in the deal is also cause for concern. Seattle is a bad team but that doesn't mean they should settle for quantity over quality when it comes to dealing their best player. This isn't a fantasy league deal where you can unload your bench in a trade for a superstar.

I'm not saying that Banuelos and Montero won't be great big leaguers, though the likelihood that they both make an impact is pretty slim. Montero is a fantastic offensive talent with questionable defensive skills. If he has to move to DH, first base or the outfield because of his defense, his prospect status will take a hit. Keep in mind that Seattle had the chance to deal for Montero over the summer in the proposed deal that would've sent Cliff Lee to the Bronx. The Mariners chose to send Lee to Texas in return for young first baseman Justin Smoak. If the Mariners didn't like Montero enough to trade three months of Lee for him why would they swap four years of King Felix for him?

Just ask the Phillies about replacing an ace. After dealing prospects to Toronto for Roy Halladay last year, Philadelphia traded Lee to Seattle for prospects. The explanation was that GM Ruben Amaro Jr. wanted to replenish the farm system which had been depleted by the Halladay deal. The prospects acquired from Seattle bombed and Amaro went out and gave Lee $120 million a few months ago to bring him back to Philly. When you have an ace pitcher you latch onto him. The Baltimore Orioles have been looking for a legit number one starter since Mike Mussina signed with the Yankees as a free agent over a decade ago.

The Mariners, with or without King Felix, are the fourth best team in what figures to be a highly competitive AL West division. With the continued development of young players like Smoak and Franklin Gutierrez, and the arrival of prospects Dustin Ackley and Michael Pineda, the Mariners do have some hope for the future. A team with baseball's best pitcher should be building a roster fit for a King, not rebuilding around an empty throne.