The NFLPA announces decertification: What now? 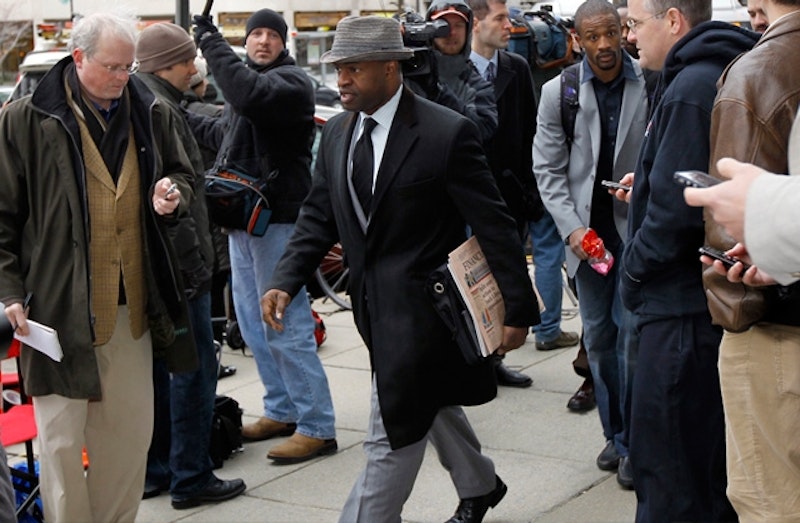 The NFL owners just kicked the golden goose squarely in the ass. Apparently golden eggs are no longer acceptable. Now only Faberge eggs soaked in truffle oil will satisfy the greedy owners of the 32 NFL franchises. Greed isn't necessarily evil. There's a certain amount of greed that’s required to become financially successful in any endeavor. However, when you mix greed with arrogance you've got real problems. Enter NFL Commissioner Roger Goodell and his merry band of billionaires.

Unlike many football fans, I was actually glad that the NFLPA voted to decertify the union on Friday night paving the way for the owners to impose a lockout. The owners have been planning for this lockout for years. They were unhappy with the previous CBA presumably before the ink had time to dry. Of course, they have themselves to blame for a deal that allocated 60 percent of league revenues to player salaries. After near constant talk of lockouts, decertification and labor Armageddon I’d have been disappointed by a last second agreement. Don't promise a knife fight only to end up roasting s'mores together.

The developments of March 11 mean that this mess isn't going to end any time soon. The league and its players will battle it out in courts over the upcoming months, or even years. You'll hear friends and family members complain about both the players and claim they’re through with the NFL. The only thing the owners and players are assured of in this mess is that the fans will come back. Some will devote their attention to local college or high school football. The NFL doesn't care about those people. The NFL is concerned about the guy who buys the NFL ticket on DirecTV, owns a couple of PSLs and wears a jersey to church.

The league has done a remarkable job of growing its brand over the past 15 years. It’s expanded by four teams, created its own network, started playing games overseas and on Thursday nights, embraced the fantasy football crowd and generally crushed the other pro sports leagues. The NFL brought in more than $9 billion in revenue in 2010 and shows no signs of slowing down. The Los Angeles television market is without a team and looms as an oasis for any downtrodden franchise looking for a new publicly funded stadium.

This is where the arrogance of the owners comes into play. They wanted this labor impasse. Sure, the players are probably greedy too, but they didn't start this fight. Imagine an employer telling you they want to rip up your union contract, decrease your pay by 10 percent, cut your benefits and force you to work an extra day each week. You'd probably tell them to get a good lawyer. The players haven't asked for one cent more than their current deal. The league's profits increase every year so if the players just stood pat with the existing CBA they'd still make more every year. The notion of an 18-game season was a brilliant ploy by the owners. How the hell did that get on the table? It would be like negotiating a fantasy league deal and insisting that as part of the trade you get to have sex with the other guy's wife. Well played, Mr. Goodell.

The owners are the greedy bastards who were so upset with the deal that they agreed to just a few years ago that they'd rather cost themselves, the players and the fans an entire season than continue with the current deal. We'll spend the next few months reading and hearing reports of litigation and courtroom updates, inflamed rhetoric and idiot fans eviscerating the players. The next time you write out your season ticket renewal check don't complain about the long snapper making $400,000. Save your venom for the billionaire who needs more gas money for his private jet.