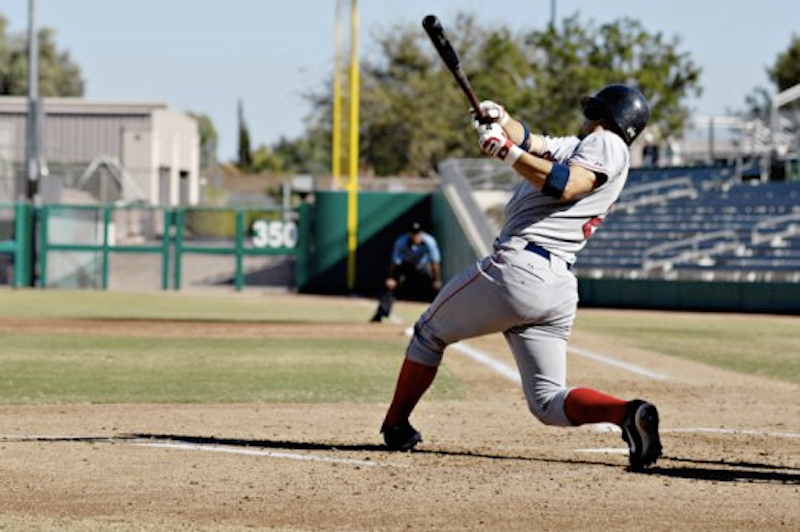 It’s time once again for your fantasy baseball draft. It takes a special breed to succeed in fantasy baseball. Call us what you will: seamhead, dork, sabermetrics geek; success in fantasy baseball takes knowledge and desire. While fantasy football has gone mainstream and Madeline’s Mad Dogs can luckbox into championships with a rocking auto-draft and a favorable schedule, fantasy baseball is a grind where luck is played out by the end of May.

I’m in two baseball leagues this year, breaking my self-imposed rule of one league per sport. I received an invitation from some members of the Baseball Bloggers Alliance to join a new keeper league and figured, what the hell? Of course, I then proceeded to forget about the draft date, failed to prepare and didn’t login to the draft room until round six. For the first time in my fantasy league days I was praising the work of the auto draft. Hypocrite.

As I scrambled through my draft magazine and tried to get the handle of the Yahoo! League’s draft room a couple of things stuck out to me. I’m not going to sell them as the secret to winning your league but more as some helpful observations.

•    Always wait for pitching, especially closers. I only play in keeper leagues and one of my mainstay strategies is to never keep pitchers. I don’t care how good you think he is, trade him for a pick and keep another hitter. Pitching is so volatile from year to year and dependent upon external factors like park, weather, defense, and bullpen that it is almost impossible to predict. On the other hand, baseball’s best offensive players are typically money in the bank.

•    I went against my own rule last year and kept Zack Greinke. Never again. I sold myself on it because Greinke was coming off a Cy Young season in ’09. He was young and durable and suckered me into keeping him on the Whistle Pigs for another season. He tanked. His ERA rose over two runs per game and his wins dropped from 16 to 10. Shame on me. I should’ve kept Shin Soo Choo when I had the chance.

•    Don’t overpay for closers. Whether an auction or a live draft there are always saves to be found. Every year a few guys like Matt Thornton, Craig Kimbrel and Koji Uehara come out of nowhere to lead their team in saves. Find saves near the end of the draft and on the waiver wire.

•    Don’t draft for obscure categories like Holds. The new BBA league that I joined added Holds as a pitching category. That sent guys like Luke Gregerson and Scott Downs shooting up the draft board. MLB teams are roundly jeered when they hand out lucrative deals to middle relievers, and rightfully so. Well-run teams unearth good middle relievers. Don’t pay for Holds. You’ll find them on the waiver wire and won’t be stuck with Luke Gregerson when he starts pitching like Mark Hendrickson. I’m punting the Holds category and instead drafted Magglio Ordonez with my last pick.

•    Don’t undervalue experience. In every league there are a couple of guys who are so intent on finding the next great young talent that they skip over countless solid producers. I get it. We all want to feel smart and crow about drafting Logan Morrison in the 19th round. Before jumping on every 20-year-old who hit 18 bombs in the Texas League or hit a bunch of wind-blown Grapefruit League dingers do a little research. In reality there are very few stud offensive rookies each year. You can usually separate the wheat from the chaff by taking a gander at the player’s Minor league stats and focusing on OBs, walk to strikeout rate, and age relative to league. Don’t waste a pick trying to find the next Ordonez when you can just draft the real Ordonez near the end of your draft.

So there are my bits of wisdom for a potentially successful fantasy baseball league. In reality, if you’re one of the guys still paying attention to the league after Memorial Day you’ll have a good chance of winning.  My teams, the Whistle Pigs and the Turd Fergsuson All Stars, are ready for opening day; stacked with hitters and a bunch of upstart hurlers. I promise not to bore you with in season updates, but if I finish in the money, I’ll be back in October to gloat.