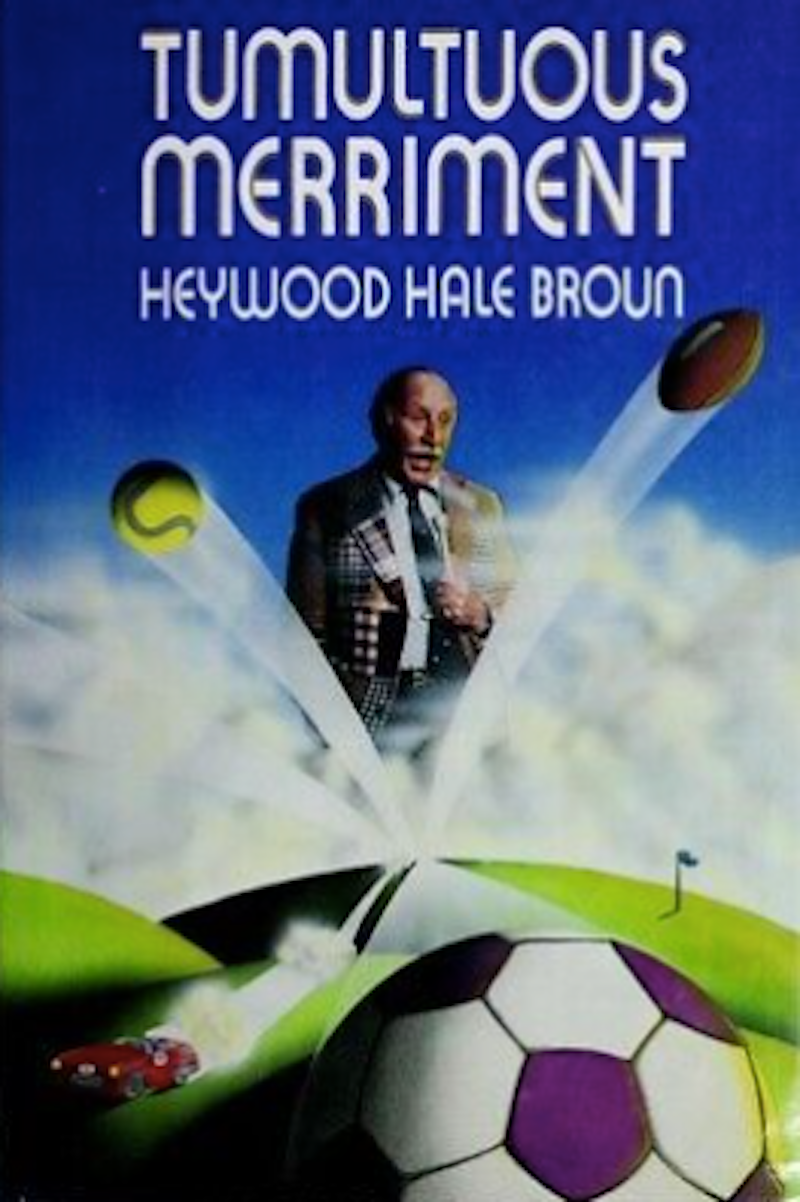 Sometimes it takes a random free library bookshelf to inspire any type of writing action. Like the one at the Rhinecliff Amtrak station in Rhinecliff, NY, a hilly, slightly artsy hamlet almost precisely 100 miles up the Hudson River from New York City. The local library coordinates the donation of books for Amtrak riders to browse and basically take away for free as they embark on their journeys. As a taxi driver who works out of that train station, I monitor the biblio traffic of which titles come and go. Occasionally I’ll grab odd tomes about how to write a sermon or outdated soccer instructionals for coaches. Often, I’d find novels by city-based Bard College professors—published authors commuting via Amtrak to the campus in Annandale—and I’d hide the fruits of their writing labors because it might be slightly depressing to find your novel, which was panned by the Asian book critic betty at The New York Times, homeless on a free shelf in a random train station, alongside Jehovah’s Witness doom chapbooks and Mormon-produced glossy pamphlets.

One July afternoon saw Amtrak’s “Ethan Allen Express” delayed by 30 minutes into Rhinecliff station. I had a person who booked coming off the train for a taxi to a pugilistic destination in Milan, NY, called Shields Road. So during my downtime I perused the free book shelf and some late-1970s Playboy magazine-style graphic design jumped out at me. It was Tumultuous Merriment by Heywood Hale Broun, published in 1979 by Richard Marek. Broun was the old sportswriter who was witty behind the typewriter and also in front of the camera and on the Broadway stage. I recalled his garish blazers and gadfly wit from CBS Sports broadcasts in the 1970s and 80s. He had a handlebar mustache, and, like comedian Dennis Miller to follow years later on Monday Night Football, used eloquence and pop culture and classical literature references to spice up the most mundane of sports stories. Two of his famous quotes that struck home with me: “People use sports to escape gloom” and “The tragedy of life is not that a man loses, but that he almost wins.”

Killing time in the Chevy Impala taxi, I descend into the air-conditioned cabin and flip open the hardcover book. It’s a signed copy! The inside flap had his cursive handwriting with this inscription, (possibly the greatest author’s signature of all time): “For Mary, whose approval will add ineradicable lustre to the trifling work of…Woodie Broun.” Off the cuff at a book signing this guy conjures “ineradicable lustre” and then signs off on it. Tumultuous Merriment was the second of three books Broun wrote and I began to wonder who Mary was, and how her signed edition ended up in the free pile in this old Hudson River hamlet.

I spent the next 20 minutes flipping through Broun’s encounters with NHL goalie Jacques Plante, who reluctantly shared his motivation for finally succumbing to pressure to use a face mask for the first time. He had brilliant observations of the Southern food preparation habits of Houston Astros fireballer J.R. Richard. He dissected the origins of NBA legend Pete Maravich. He was at his most descriptive among the hordes of the infield at Pimlico for the Preakness Stakes. Broun was pretty much kicked out of Augusta National for The Masters golf tournament for being flippant regarding the traditions of the course. He was treading journalistic waters that included newspaper columns and on-air essays for CBS, while also appearing in Broadway plays, various sitcoms and TV shows. In 1975, a New York Times television writer described Broun’s voice as an “ice pick” as he previewed the CBS Sports coverage of the Travers Stakes in Saratoga, NY.

Broun’s father was a sportswriter for various Manhattan daily papers and in 1933 was the founder of the Newspaper Guild. His mother was an early women’s rights activist and journalist. She met Heywood’s father at a New York Giants baseball game. He was a semi-regular of the Dorothy Parker Algonquin roundtable, chiming in with occasional bon mots that drew laughs from the literary heavy-hitters of the era. His son Woodie was soon off to college at Swarthmore, did a stint in the military and came back to work as a baseball writer for the New York Star.

With each turned page I was more intrigued by Broun’s genius sportswriting. His descriptions of the first season of the Cleveland Cavaliers NBA franchise are priceless. Here’s his description of the early-1970s Philadelphia Flyers “Broad Street Bullies” squad: “The Flyers were not, however, full-time fiends, but rather like the characters in Gothic ghost fiction, who, at stated phases of the moon or at the command of properly spoken incantations, turned for brief periods into things that weakened the sanity and whitened the hair of the narrator.”

Broun recalls Philadelphia Athletics manager Connie Mack denouncing the incident of his players installing a stock ticker in their clubhouse. “He predicted that this division of attention would hurt their baseball, and it did, but the damage was probably brought on by weakness due to boredom, the sapping boredom that results from endless discussions of buying and selling.” Scott Boras, line one.

Broun took a confessional anecdote from golfer Jack Nicklaus, who said he was alone in his apartment when he watched Secretariat blow away the field in the 1973 Belmont Stakes. “There was just me and the TV screen but as that horse came down the stretch widening that lead further and further with no urging, I applauded and I cried,” the Golden Bear told Broun.

The Amtrak train whistle forced me to put the book down, but not before noticing on the rear dust jacket flap this bio blurb: “Heywood Hale Broun, three-time Emmy-nominated TV sportscaster as well as actor and writer, lives in Woodstock, New York.” Paydirt! The local angle. The mysterious Mary from the inscription was probably a Woodstock or Saugerties local who passed away and the family donated her vast collection of hardcovers to the Rhinecliff library, wherein the book arrived on the free shelf of the 180-year-old train station and thus into my hands. Could be.

A few online searches revealed that Heywood Hale, as well as his son and his wife, were buried in the Woodstock Artists Cemetery. I must go there on my day off, I said to myself. And I did.

I’ve been to Babe Ruth and Billy Martin’s graves in Westchester, Jim Morrison and Oscar Wilde’s graves in Paris, former President James Garfield and Ray Chapman’s graves in Ohio (Chapman was a Major League ballplayer for Cleveland killed by a pitch that hit him in the head at the Polo Grounds in 1920). I unsuccessfully tried to visit Divine’s grave in suburban Baltimore years ago. I’d never before visited the grave of a sportswriter.

So on a steamy July day I set off for the 20-minute drive to Woodstock from my house in Rhinebeck. The artists cemetery is set behind the community cemetery, which also has the grave of local legend Levon Helm, who was a neighbor of Broun’s on Plochmann Lane.

I arrived in the mid-day heat in Woodstock and couldn’t seem to locate the artists cemetery which doesn’t use above-ground headstones. All graves are marked with in-ground plaques to give the boneyard a rural feel. Adjacent to the cemetery, a line of parents were picking up their children from a summer day camp. I waited in the wings and out of the way until the woman running the camp emerged from the door. Cobalt blue eyes, long blonde hair, a flowing hippie dress right out of central casting for Woodstock, looking somewhat like cartoonist Dame Darcy. I asked if she could tell me where the artist cemetery was. She leaned out over the porch deck of her building and gestured toward a dirt path that skirted the main cemetery. “You are very close,” she said to me.

I walked the dirt road and way in the back was a meadow-like expanse fenced in with the rest of the graves. It was a sizeable chunk of land just a stoner’s throw from the tie-dyed epicenter that is Woodstock’s Village Green. There was no map or guide kiosk of any kind. I had to be at work for the taxi nightshift in two hours, so I set to pacing the rows of plaques. I started in the middle, and worked my way left to right, much like eating corn on the cob but in this case chomping names from a variety of plaques, some dotted with miniature flower vases. There was the resting place of Gluck Sandor, a famous mime and dancer. There is author Lillian Fortess, who documented Woodstock’s art scene. There is Zane Zimmernan, who apparently owned and operated a delicatessen on Tinker Street in Woodstock in the early-1960s. A sandwich artist? The cicadas were cranking up their Marshall amps and the sun was battering my Fulham cap from above. I began to doubt my efforts to find Heywood. The mosquitoes were also running sorties at my face.

As I stepped into the shade of a massive maple tree in the far corner of the cemetery, I looked down to see the stone reading: BROUN with the usual, finalistic gravemarker kerning. He was born in Manhattan in March of 1918 and died in Kingston hospital just a few days before 9/11 in 2001. His wife Jane Lloyd Jones, responsible for his wild plaid blazers while on air, is also in the plot along with their son Hob Broun, a novelist who died at 37 from a spinal injury. Despite being so close to the center of a bustling tourist village, the artists cemetery was silent except for the sounds of nature. Behind me was a forest and a distant house with a roof fighting for attention through the treelines.

I found a large rock and used it as a paperweight to leave a copy of my soccer fanzine on his plaque. I went back to my car and made it to work on time and have been returning to Tumultuous Merriment on a regular basis because I know what it’s like to almost win.