When I Met David Ortiz

It was on a very unlikely Mastercard junket. 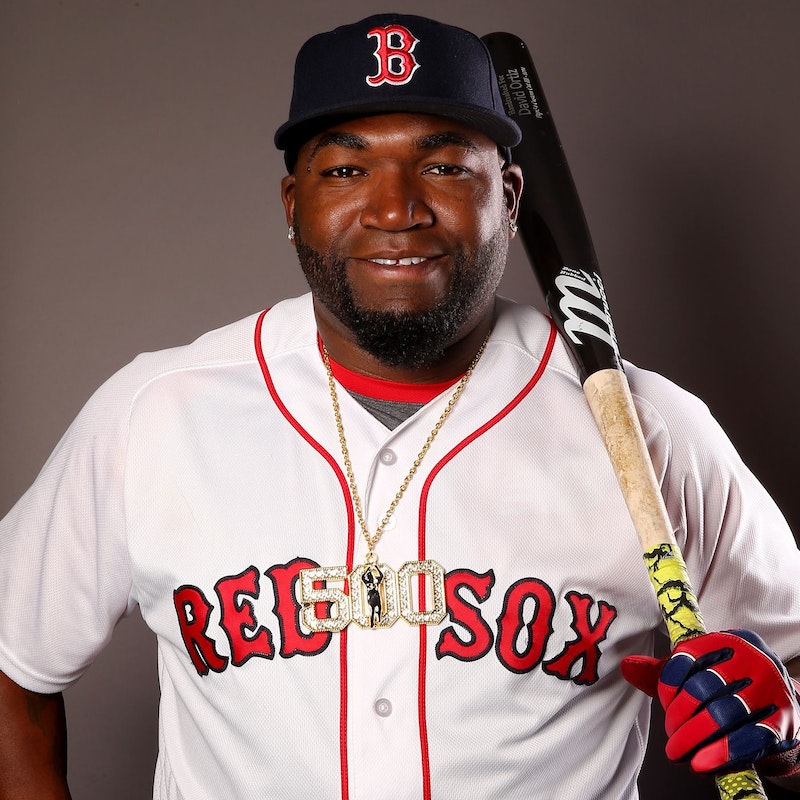 Have you ever accidentally followed someone on Twitter? I have, and it led to meeting one of the greatest hitters in Boston Red Sox history. In March 2016, a baseball blogger put me in a group DM on Twitter about joining a fantasy baseball league. The league never happened. But some of us, at first, were mildly interested. And he suggested that we give each other a follow because we’d be in the league together.

I don’t follow back most people because of the problems that caused when I was younger. But three people followed me, and I followed them back. One of them, a protected account, wasn't from the fantasy league after all. She told me to email her about an opportunity. She told me that because I ran the blog of a sports t-shirt business, I was an influencer. Therefore, Mastercard wanted to fly me to Florida and back, stay at the Crowne Plaza, allow me to tour JetBlue Park, interview David Ortiz, get something signed by him, dinner and transportation. It sounded great, but why would I believe that? I know what a scam is and was waiting for the part where they ask for a credit card or social security number.

I asked for more information and failed to confirm with the Crowne Plaza that there was a room for Tom Joyce. But they sent over downloadable plane tickets. That morning I woke up before five a.m. and nearly just said fuck it and went to school. Instead, I decided to see how far I could take it. If the plane ticket didn't work, I was already in Boston; I could subway my way to school. If it was a scammer down in Florida, I could buy a plane ticket and fly back to Boston that same day.

Thankfully, none of that happened. Mastercard invited half a dozen people down to do the same thing—including someone who runs a Twitter account with over 600,000 followers and two guys who did a radio show for the now-defunct Boston Herald radio. One thing that stood out when touring JetBlue Park was the “no vaping” signs. It was surprising this was an issue at a spring training facility. The Red Sox had a road spring training game the day this happened. Ortiz didn't travel with the team. He stayed back and shot multiple commercials for Mastercard. It was part of promoting their Priceless experiences campaign (a play on their old commercials). I was a willing pawn in their usury system.

As for Ortiz, he was great. He’s a lively guy and was genuinely friendly to everyone. He was dancing in his seat when he told me how great it would be to be “celebrating in the end,” referring to finishing his career by winning a World Series. He also asked, “Were you born in ‘04?” when I made a passing reference to the 2004 World Series championship team. I told him I was seven years old.

And because that was a few days before the Sox played an exhibition game at Olympic Stadium in Montreal, I spoke to him about MLB expansion. He didn’t know if Montreal was a good spot for another MLB team, but told me he liked San Antonio. When I asked about Las Vegas, he joked that it could be good, but people would run out of money if they went to Vegas to watch a four-game series.

I also remember Ortiz liked that one of the women who was invited down had a Rob Gronkowski tattoo on her leg. If I recall correctly, he took a picture of it and said he planned to text it to Gronk. As for the interview, I used it for a now-defunct free online professional baseball newspaper (glorified blog) called New England Diamond Digest. I'm sure a few people enjoyed it. It only had a few hundred followers on Twitter and was made with one of my friends who used to blog about sports.

Over this week, I kept thinking: why me? And how does this make any sense financially for Mastercard? But I interviewed Ortiz and I ate filet mignon for free. Mastercard probably eventually realized that I was right. I went to the Red Sox home opener with the same people in 2016—because Mastercard gave us free tickets. I heard from the PR people a couple of times and gave them a plug on Twitter for a press release they wanted us to share. I haven't heard anything from them since April 2016. I’m not a politician, so I don't have a positive opinion of their credit card company, and no one remembers my interview with Ortiz; It was probably among the least-read interviews he’d ever done. But I had fun.