How to account for the Indians' unexpectedly great season. 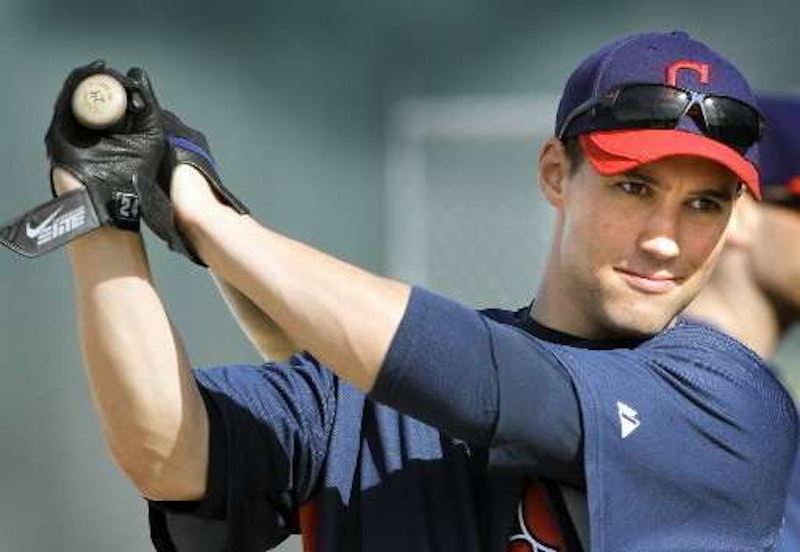 The 2011 Cleveland Indians were not expected to win the AL Central. Most pre-season predictions had the Tribe closer to the bottom of the standings than the top, but through the season’s first month Cleveland is one of baseball’s best teams. They currently have the American League’s best record and one of its best pitchers.

Like the Indians, not much was expected of Grady Sizemore this season. The former All Star CF had missed almost all of the 2010 season to injury. He also missed a good chunk of 2009 and at 28 the onetime sure thing was fading fast. Sizemore returned to the Indians in mid-April after a brief rehab stint and hasn’t stopped hitting since. He’s on my fantasy team so here’s hoping I don’t jinx him. Through 14 games Sizemore has connected for four homers, nine RBIs and a very healthy 1.020 OPS. He’s also returned to his rightful place atop a very youthful Cleveland lineup.

Sizemore isn’t the only former Indians star making a comeback. DH Travis Hafner has woken from a four-year slumber and is finally living up to the massive six-year $66 million deal he signed after his monstrous 2006 season. Hafner hit 42 bombs with 117 RBIs and an eye-popping 1.097 OPS in 2006. He had a solid year in 2007 but injuries and inconsistency led him to struggle through the next three years. In fact, in 2008, 2009 and 2010 Hafner combined to hit just 34 home runs with 123 RBIs. He also missed nearly half of the Indians games during that time frame. Now that he’s healthy Hafner has gotten off to a fast start as he’s currently slugging at a .563 clip, his highest since 2006.

While Hafner and Sizemore have provided some thump to the Cleveland batting order the club’s young pitching has carried the day. Justin Masterson, acquired from Boston in the Victor Martinez deal in 2009, has matured into the staff ace. He’s one of the AL’s hottest pitchers and currently stands at 5-0 with a 2.25 ERA in six starts. Masterson shouldn’t be labeled an overnight success.  The Indians moved Masterson to the rotation after his acquisition and he struggled, compiling a combined 7-20 in 39 starts between 2009 and 2010. He logged 237 innings during those seasons and that experience coupled with the Indians patience in paying dividends now.

In addition to Masterson, the Tribe has also received solid contributions from young pitchers Chris Perez, Josh Tomlin and Carlos Carrasco. They called up former number one draft pick Alex White earlier this week and he rewarded the team with a strong six-inning effort. While it seems unlikely that Cleveland has the pitching depth to challenge the powerful teams in the American League they certainly have enough talent to be relevant in the watered down AL Central where Chicago, Minnesota and Detroit have, to this point, failed to meet expectations.