Where Have All The Catchers Gone?

Red Sox, White Sox and the top catchers in the game. 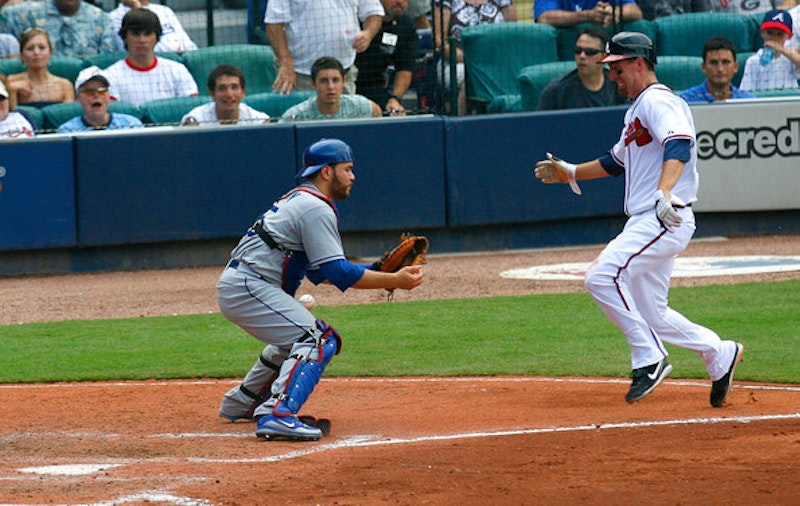 The streaking Boston Red Sox are finally seeing most of their players break their April slumps, except for two. Jarrod Saltalamacchia and Jason Varitek are both hitting below the Mendoza line. Catching has been a nagging problem for Boston during the past couple seasons, but each year it has been ignored. 2011 probably won’t be any different, as the market for receivers is just as bad as it has always been.

In all likelihood, this black hole at the bottom of the lineup will get a band-aid, rather than solved. Again. It makes sense, though. Boston’s GM Theo Epstein doesn’t have the means, or even the option, of acquiring a talented offensive catcher. Victor Martinez was a butcher defensively, but not much worse than Salty. I’m betting Epstein wishes he could take that one back. Then again, signing Martinez to a hefty extension would’ve precluded the signing of Carl Crawford, and that would heavily undermine the Sox’s hitting. Oh wait.

Not every team has a bad catcher. Recently, many young backstops have been popping up through farm systems and are now fixtures in the middle of their teams’ lineup. Led by Joe Mauer (when healthy), the number of quality catchers under 30 is surprising. Buster Posey, Brian McCann, Carlos Santana, Miguel Montero, Matt Wieters, Kurt Suzuki, and Russell Martin are all young and reliable or promising. The last name on that list should look familiar to Sox fans. Martin, off to a hot start, hitting above .300 with six homers, was pursued by Boston this off-season, but was deemed to expensive. Of course, he signed with the Yankees for $4 million.

Now is not a buyers market for catchers. Aside from Martin, none of the players above are approaching free agency any time soon. Ryan Lavarnway, a backstop in Portland, looks to be decent with the bat but horrible behind the plate. Considering the current situation, Lavarnway doesn’t seem too bad, but scouts can’t be more critical to his defensive game. A position change is inevitable. For now, Epstein will just have to live with the automatic out and hope for the best.

While the Red Sox have successfully gotten out of their rut, at least for now, the White Sox have made themselves one. Even though they don’t have as much talent as Boston, Chicago will eventually rebound and most likely compete for a playoff spot, so there’s no need to worry. Gordon Beckham, on the other hand, is a cause for concern. With a good spring and a very hot start, everyone thought that he’d finally deliver on all his promise. His current slump has brought many fans back down to reality, but there’s still hope.

In all likelihood, the Red Sox don’t really need an offensive catcher—they have enough hitting—and Pale Hose fans don’t have to worry, Adam Dunn will save the day.