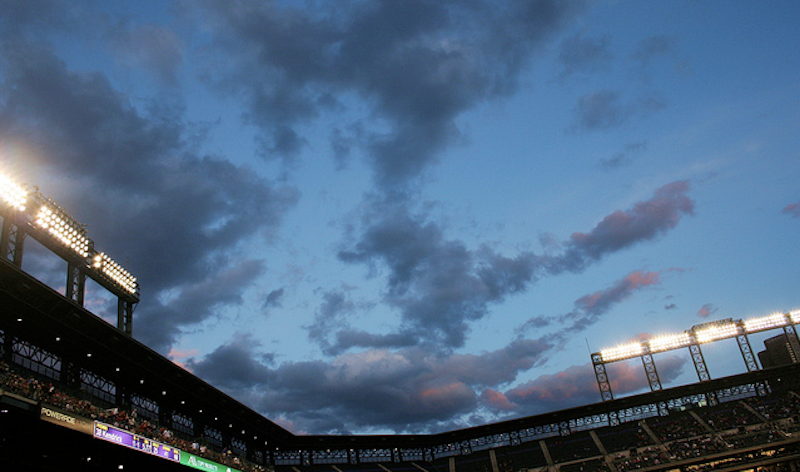 Major League Baseballs needs to reform its playoffs. There are big two problems. The first is a widely varying strength of schedule during the regular season that ably assists some teams in looking better than they are while making the lives of others almost impossible. This leads to mediocre teams making the playoffs while better teams are left out.

Take this year, for example. The St. Louis Cardinals are two wins away from a World Series championship. During the regular season the Cardinals won a respectable but not fantastic 90 games. Over in the American League, there is a team in turmoil. They (effectively) dismissed their manager, and their General Manager left for more fertile pastures under duress shortly thereafter. That team, the Boston Red Sox, missed the playoffs. Oh, and they also won 90 games, exactly the same as the Cardinals. So what was the difference between the teams? In terms of results, effectively nothing.

The real world difference was just bad luck, or good luck depending on which side of the Appalachians you’re on. The Red Sox were unfortunate enough to play in a better division with better teams and as such were aced out of a playoff spot by the Tampa Bay Rays, who won 91 games. Why did the 90-win Cardinals make the playoffs while the 90-win Red Sox went home? There is no good answer to that question.

Better start a Tel-A-Thon, life isn’t fair for the poor, poor Red Sox fans, right? In 2008 the New York Yankees won 89 games. So did the New York Mets and the Chicago White Sox. But both New York teams missed the playoffs while the White Sox made it. Why? They played in a weaker division.

I see you aren’t weeping for the Yankees and Mets, either. Okay, try this one then. The most painful example of recent vintage was the 84-win 2008 Los Angeles Dodgers. Remember, teams that win half their games finish the year with 81 wins, so winning 84 isn’t exactly the baseball equivalent of inventing an invisible nose picking machine. LA made the playoffs because their division was composed of compost while the 84-win Florida Marlins, the 86-win Cardinals, the 86-win Toronto Blue Jays, the 88-win Twins, and the aforementioned 89-win Yankees all sat on the sidelines. Not because they weren’t better teams—they were—but because they played in stronger divisions.

In baseball, being in a bad division is advantageous twice. First, it’s easier to make the playoffs because it’s easier to win your division when you’re pitted against dreck, and second, because of baseball’s uneven scheduling, it’s easier to be good because you face that dreck more often. For example, in 2008, the 84-win Dodgers played 18 games each against 82-win Arizona, 74-win Colorado, 72-win San Francisco, and 63-win San Diego. That same year the Blue Jays played 18 games apiece against the 89-win Yankees, 95-win Red Sox and 97-win Rays as well as the 68-win Orioles. The Jays won 86 games, finishing with a better record than the Dodgers despite playing in a much harder division. Yet the Dodgers went to the playoffs while the Jays didn’t. What kind of justice is that?

The second point has to do with the playoff system itself. Baseball teams play 162 games in a season and then “settle” things in five game playoff series. The idea that the results from such a marathon would be chucked out the door because of a three-game slide is ludicrous. When did we get the idea that three or five or even seven games are a better indicator of a better team is than 162? The first round of playoffs is too short.

Baseball is a house composed of walls of tradition, held up by joists of fairness, and set upon a foundation of capitalism. As such, the playoffs have evolved over time, from a sideshow to the crowing achievement of the season. Baseball added teams and rounds as the owners found there was more money to be made, but doing so gradually to give the appearance of clinging to the tradition that baseball supposedly holds so dear. Yet, the more teams that make the playoffs, the more rounds there are, the more TV time there is, the more seats there are to be filled, and beers there are to be poured. All this equals cash in the owners’ (and players’) pockets. There isn’t anything necessarily wrong with that, but let’s all stop pretending it’s fair. The World Series may anoint a “champion” but that has little to do with the team that is best at playing baseball.

So, eliminating rounds of playoffs simply won’t happen. They generate too much money and the owners won’t want to lose the revenue unless it gets replaced in another way. About the only solution is to shorten the regular season while increasing the size and scope of the playoffs. This would preserve baseball’s almighty bottom line. The season could be cut by 60 games, with 16 teams making the playoffs like hockey and basketball. The 16 teams would play 19-game series (the first to 10 wins) to advance to the next round. The end result would be about the same total number of games in a season for the playoff teams.

Lengthening the playoffs would help the best teams, while very long playoff series would continue the flow of money while paying homage to the marathon that is/was the baseball season.