Sizing Up the Big Boy Contracts 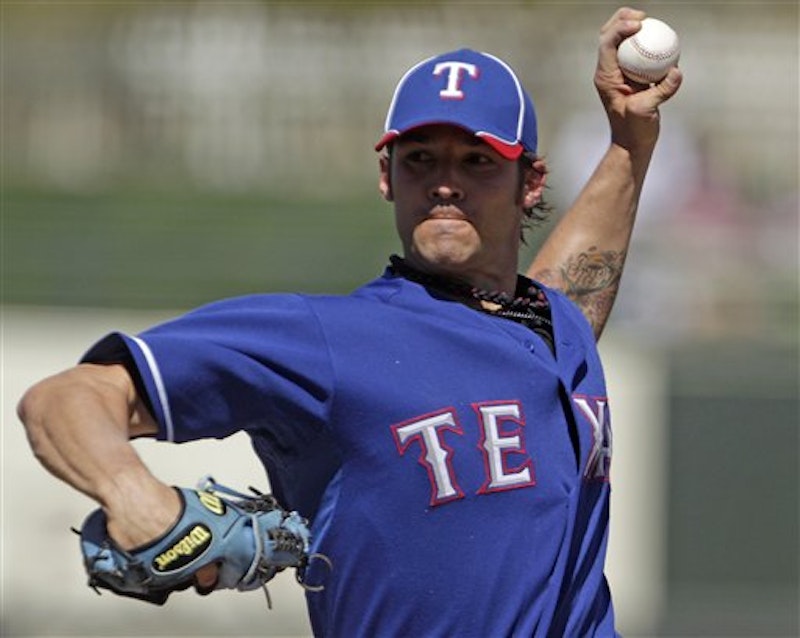 C.J. Wilson’s wretched October for the Rangers has led to speculation that his potential suitors will be wary of committing major dollars to an “un-clutch” pitcher. Small sample sizes such as the playoffs are terrible grounds to judge a player, no matter how bad they are in that stretch. Wilson, 31 in November, carried a 2.94 ERA throughout the season while pitching half his games in Arlington, a feat that not many hurlers can accomplish. If the Rangers lose the World Series, the lefty won’t be remembered as an ace who saved his team from mediocrity, but rather as a converted reliever who flops when it counts.

Regardless, Wilson’s performance still doesn’t warrant a $100+ million contract, which he’s undoubtedly looking for. He has only two years as a major league starting pitcher under his belt, and is too much of a question mark to rely on in 2012. With a long-term pact keeping him financially secure, there’s no guarantee that he’ll prepare and play with the same vigor that he did in 2011 and 2010. Jayson Werth, a right fielder for the Washington Nationals, is a good comparison, aside from being a position player. Werth, 31 at the time, surprised the baseball community by signing with the Nats for an astounding $127 million after being productive for only three full seasons. With six years left on the deal, Washington GM Mike Rizzo is most likely regretting his gung-ho offseason mentality, because his big winter splurge batted just .232 with a .389 slugging percentage this year.

Wilson isn’t a lock to fail next season, but he’s definitely not dependable enough to commit a $16 million annual salary to. Too many sizeable free agent contracts are busts. John Lackey, Alfonso Soriano, Barry Zito, and AJ Burnett are just a few examples. Unless a player is young, durable, and consistently fantastic, dedicating even 1/8 of your payroll to a single body is completely senseless. Mark Teixeira, CC Sabathia (his current enormous contract, not the one he is about to sign), Adrian Gonzalez, and Matt Holliday are all looking like good investments.

Albert Pujols is in the exact opposite situation. In a season that some predicted to be legendary, his stock actually dropped a great deal. While not putting together a bad year by any means, his 2011 campaign certainly wasn’t Pujols-ian, mainly due to his ordinary and greatly out of character 9.4 BB%, which led to a career low .366 OBP. Now that October has arrived, though, Pujols looks more like himself, especially after the World Series game in which he clubbed three home runs. Teams are taking notice, and after being dormant since May, the $300 million rumors are starting to creep up again.

What does this mean for the Cards? Well, it’s good and it’s bad. Because of their first baseman’s recent hot streak, the team may win the championship, but in turn it’s going to be harder for the front office think rationally and walk away from their franchise player. In the long-term, it’s better for St. Louis not to be connected to an aging infielder for the next 10 years, especially one who has just recently proven he’s not perfect.