With this season nearly over, it's time to evaluate 2011's fantasy stars and scrubs. 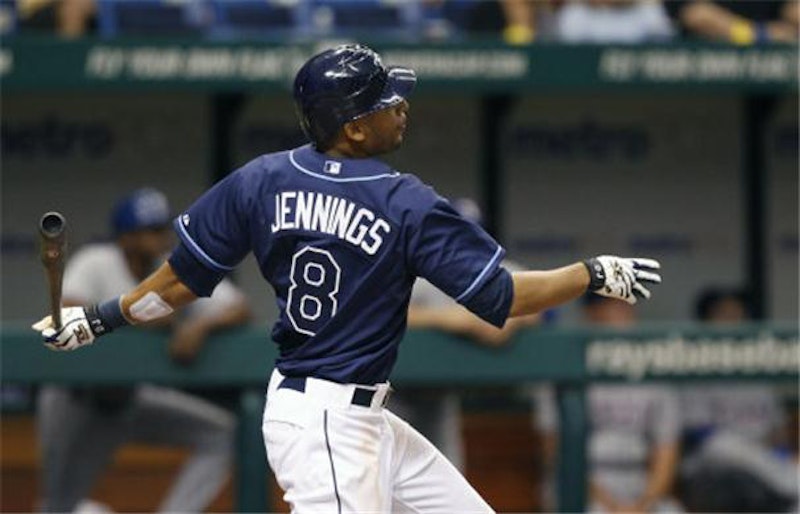 At this point in the season your fantasy team is either in head-to-head finals, the last throes of a roto pennant race, or most likely (my condolences) eliminated from contention. Unfortunately, I’m in the latter group, and while I don’t expect much sympathy, I will say this—I hope no one suffered the same incredible misfortune of losing Matt Holliday and Troy Tulowitzki from their previously dominant squad.

That’s baseball though; a well-timed hot streak can propel an under-achieving team to a title, and vice versa. Fortunately, there’s always next year, and it’s never too early to start looking ahead. Here’s a position by position break down of what we learned this year and what to look out for when next season rolls around.

Stars: Victor Martinez headlines this year’s catcher crop, retaining eligibility at the position despite ceding the job to Alex Avila and doing most of his mashing from the DH slot. Mike Napoli (INSERT LINK) outperformed expectations, though savvy fantasy managers knew all he needed was an opportunity.

Disappointments: Joe Mauer and Brian McCann’s underwhelming seasons lend further credence to the “never spend a high draft pick on a catcher” maxim. Too many things can go wrong, injuries are common (see: Posey, Buster) and even the best catchers don’t put up numbers that justify their lofty price tags.

Surprises: The aforementioned Avila was waiver-wire fodder at the beginning of the season, but won’t be next year after posting an impressive .905 OPS. Miguel Montero was another cheap, steady option and while Carlos Santana owners probably expected a bit more from the youngster, he fared well and seems primed for a break out in 2012.

Looking Forward: Posey should be fine by next spring, and Mauer won’t be this bad again, but at the risk of sounding redundant: Do not spend a high draft pick on a catcher. There’s always more downside than upside, and if you pay attention in April you might snatch up next year’s Avila for nothing.

Stars: As usual, first base was loaded this year, with Adrian Gonzalez, Joey Votto, Miguel Cabrera, Albert Pujols and Prince Fielder forming a clear-cut upper tier. Beyond those MVP candidates were more than serviceable options, like the seemingly ageless Paul Konerko and a rejuvenated Lance Berkman.

Disappointments: Ryan Howard and Mark Teixeira posted fine lines, but not first round numbers, where they were both likely drafted. Still, they were nowhere near as disappointing as Justin Morneau, who at least has a reasonable excuse (concussion), and the dreadful Adam Dunn. Both could bounce back next year, but I wouldn’t go near either.

Surprises: Rookies Eric Hosmer, Mike Trumbo and Freddie Freeman forced fantasy owners to pay attention, with good numbers this year and plenty of potential for improvement. Konerko and Berkman were even better, providing star quality production from the middle rounds of this spring’s draft. Can they keep it up next year?

Looking Forward: I wouldn’t count on it, and I’d rather build my offense around one of those, can’t-miss, top tier guys. If you miss on a star at first base, you’re at a serious disadvantage—and all of those guys should be gone by the end of the first round.

Stars: Robinson Cano continued to make his case as the best second basemen in baseball, though Dustin Pedroia and Ian Kinsler weren’t too far behind. Brandon Phillips and Ben Zobrist also played well, supplying consistency at a position that generally lacked it.

Disappointments: Dan Uggla’s struggles have been well chronicled, hitting streak aside, and the normally reliable Chase Utley’s myriad of injuries finally caught up to him. Richie Weeks never took off, and if owners expecting a repeat of last year from Martin Prado and Kelly Johnson, or a bounce back year from Aaron Hill, were sorely disappointed.

Surprises: Not many emerged, though Howie Kendrick finally showed us he can put together a solid year when healthy. Ryan Roberts was a waiver wire steal, and I don’t see why he can’t continue to produce next year.

Looking Forward: Two truths were self-evident this year. One, the gap between the stars and scrubs at second base is enormous. And two, stay away from health risks. As a Phillies fan it pains me to say this, but look no further than Chase Utley for a cautionary tale.

Stars: Troy Tulowitzki continues to look like the only sure-fire star, though Jose Reyes, Starlin Castro, Asdrubal Cabrera, Jimmy Rollins and Elvis Andrus were more than adequate at another one of baseball’s shallowest positions.

Disappointments: None was bigger than Hanley Ramirez, though those who bought into the bounce back hype for Derek Jeter might beg to differ. Alexei Ramirez failed to tap into his potential, though that doesn’t exactly register as a shock.

Surprises: Andrus and Castro look like future stars, though neither provides much power. Asdrubal Cabrera and Jhonny Peralta had career years, its reasonable to expect a similar level of production next season and they still don’t have the kind of name recognition that inflates value, making either a wise investment.

Looking Forward: Erick Aybar and Emilio Bonifacio were sneaky values, demonstrating that outside of Tulowitzki, most short stops derive their value from their legs. Look to bolster your stolen bases by grabbing either of the above late, or Andrus and Castro in the middle rounds.

Stars: Jose Bautista had his skeptics going into the season, but has cemented his status as one of MLB’s premier sluggers. Beyond him, it’s a bit of drop-off to Michael Young, his teammate Adrian Beltre and Aramis Ramirez.

Surprises: I was surprised to see Michael Young on the trading block before the season, but even more shocked to see him towards the top of the rankings at the end of it. Normally guys who derive most of their value from batting average carry more risk, but Young has been a paragon of consistency, stringing together good seasons for years.

Looking Forward: All the above-mentioned disappointments, save perhaps Alvarez and the aging Rodriguez, are good bets to return to form next season, while Bautista should continue to mash. If I miss out on one of those players, I’ll look towards Pablo Sandoval, who had a solid, under the radar season, or Edwin Encarnacion, who has the potential to be next year’s biggest break out at the hot corner.

Stars: There was no shortage of stars in the outfield, though compared to past years depth was a little lacking. I suspect most championship teams featured one of the following players: Matt Kemp, Ryan Braun, Jacoby Ellsbury, Curtis Granderson, Justin Upton or Carlos Gonzalez with at least one more of this group—Alex Gordon, Michael Bourn, Hunter Pence, Andrew McCutchen or Jay Bruce. Matt Holliday and Josh Hamilton performed around their draft slots, while Adam Jones and Nelson Cruz flashed the skills that will likely have them moving up draft boards next year.

Surprises: The Royals outfield provided value seemingly out of the blue, with Alex Gordon, Melky Cabrera and Jeff Franceour all having career years. I don’t expect that to happen again, nor do I think Carl Crawford will continue to look lost. Carlos Beltran had a turn back the clock year, which seems unsustainable—I’d rather have Mike Stanton’s identical numbers and youth.

Looking Forward: Speed is under rated, who would’ve thought Michael Bourn would provide more value, based on his 43 net stolen bases, than sluggers Josh Hamilton, Matt Holliday or Jay Bruce? That’s why Desmond Jennings is so tantalizing—he has Ellsbury upside and should be a hot commodity next spring. I also like Heyward to bounce back, he’s just too talented not to, and Stanton to continue to improve on some already terrific numbers.