The Redskins 2-0: Are You Serious?

They're 2-0 and they've got heart, but it's still the Redskins we're talking about. 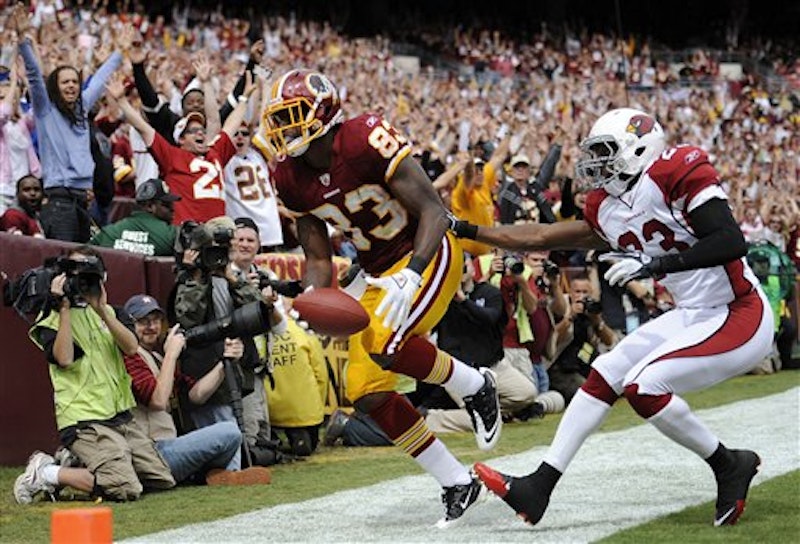 What can you tell about a football team from the first two games of the season? Honestly, not very much. Teams that have started 2-0 make the playoffs about 60 percent of the time. That sounds good, but it’s far from a guarantee.

That said, better to be 2-0 than 0-2, right? But here’s the thing, while the Redskins’ record is 2-0, they’re not really quite that good. The binary nature of a team’s record doesn’t leave room for any nuance. For example, the Redskins blew the Cardinals out of the water in the first half, out-gaining them by a factor of two and a half, but only out-scoring them by three points. That margin fell to one by the end of the game, and that only after a furious scramble to come back from an almost self-imposed eight-point deficit.

The same goes for the Giants win in Week One where a fortuitous bounce off a defender’s hands was carried into the end zone for an easy score. Subtract that and a laugher becomes a one score game.

Most NFL games are close affairs. Most not involving the Chiefs anyway. Talent is relatively evenly distributed in the salary cap era, so a little luck goes a long way. Come to think of it, the mere fact I’m discussing evenly distributed talent should be celebrated by Redskins fans accustomed to two decades of having less talent than whomever was staring at them across the line of scrimmage. Remember Danny Wuerffel as the starting quarterback? That isn’t the case anymore.

Not yet, but one misstep and it could be. Depth is one of the major issues for the Redskins and it will continue to be throughout this season. Should Rex Grossman, no Pro Bowler in his own right, go down they may as well bring in Wuerffel. The same goes for most positions on the offensive and defensive lines. If the Redskins lose starters, they’ll have a difficult time replacing them with minimal drop off.

Winning the first two is spectacular. There’s nothing wrong with being in first place, ever. The Redskins lead the entire NFL in time of possession and only one other NFC team has given up fewer points (the Lions, shockingly enough). Against Arizona they dominated early, made mistakes, fell behind, came back, and then closed the game out by generating a big turnover. There is, in short, a lot to like about what the Redskins have done so far.

This is also a team that has fallen behind in both games, and is in the middle of the pack in scoring even though they’ve played two non-playoff teams at home. Printing Super Bowl tickets is premature. They still have trouble in the kicking game, haven’t played a game on the road, and haven’t played a team that made the playoffs last season. That last part won’t change until Week Six when the Redskins get the Eagles at home, but the first part will this coming week when Washington travels to Dallas to face a beat-up Cowboys squad.

The Cowboys are hurting. They’ll miss their star wide receiver Miles Austin and quarterback Tony Romo may or may not be recovered from a broken rib and partially collapsed lung by Monday night’s game time. Good teams take advantage of situations like this, situations when the talent on the team they’re playing is just marginally reduced. The Redskins are playing with confidence. They may not be better than the Cowboys, but for now they’re healthier, hopeful, and upbeat. In the NFL that can make all the difference.