The Orioles’ new acquisition is likely to languish at Triple-A. 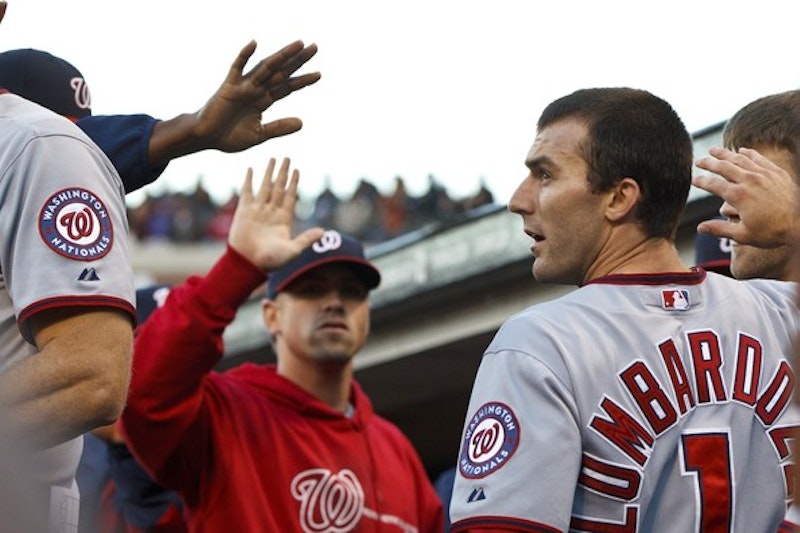 The Orioles and Tigers completed a minor trade on Monday, with the O’s sending veteran shortstop Alex Gonzalez to Detroit for infielder Steve Lombardozzi. The move was likely met with a shrug by most baseball observers but it has a major impact on Lombardozzi.

The Orioles invited Gonzalez to Spring Training, giving him a chance to win a reserve job. He did his best to earn a spot but there just isn't much playing time behind J.J. Hardy. Gonzalez heads to Detroit with a chance to extend his 15-year big league career. The Tigers were looking for a dependable defensive shortstop to fill in for the injured Jose Iglesias. Monday's trade marked the second time that Lombardozzi had been dealt in the past four months. The 25-year-old was sent from the Nationals to Detroit in the Doug Fister trade earlier this winter. Lombardozzi is a native of Columbia, MD and is no doubt looking forward to returning to the Mid-Atlantic. The problem is that he'll likely spend more time in Norfolk than Baltimore this summer.

In flipping Gonzalez the Orioles have swapped an aging non-roster invitee for a young, more versatile player with minor league options remaining. Rather than keeping Gonzalez on the roster for two weeks and cutting him when Manny Machado returns from the disabled list the acquisition of Lombardozzi gives Baltimore choices.

The Orioles are expected to play Ryan Flaherty at third base to begin the season with rookie Jon Schoop, Jemile Weeks, or possibly Lombardozzi filling in at second. Schoop has played well enough to win the job, and will likely be the regular second baseman at some point this season, but could start the year in the minors to preserve his Major League service time. Weeks has been unimpressive this spring and in his previous limited Major League opportunities. Lombardozzi struggled at the plate as a bench player for the Nationals over the past two seasons, compiling a career .639 OPS in 705 at bats. It should be noted that Lombardozzi was a much better hitter throughout his minor league career. He's never hit for much power but his career on base percentage in four minor league seasons was .369.

If Machado returns from injury as quickly as expected, and Schoop sticks at second base in Baltimore, Lombardozzi will likely spend much of the season in Triple-A. If Machado is delayed, or Schoop and Flaherty fail to offer a solution at second base, Lombardozzi would be third in line for the O's second base job. Lombardozzi also offers versatility when the Orioles travel for Interleague play as he is accustomed to the National League style of play and has the ability to play all over the infield and outfield corners. Even if Lombardozzi never appears in a game for the Orioles, GM Dan Duquette gets credit for trading a waiver candidate for a 25-year-old with two years of big league experience and minor league options remaining.