The Red Sox might not make the playoffs, but they’re building a dynasty. 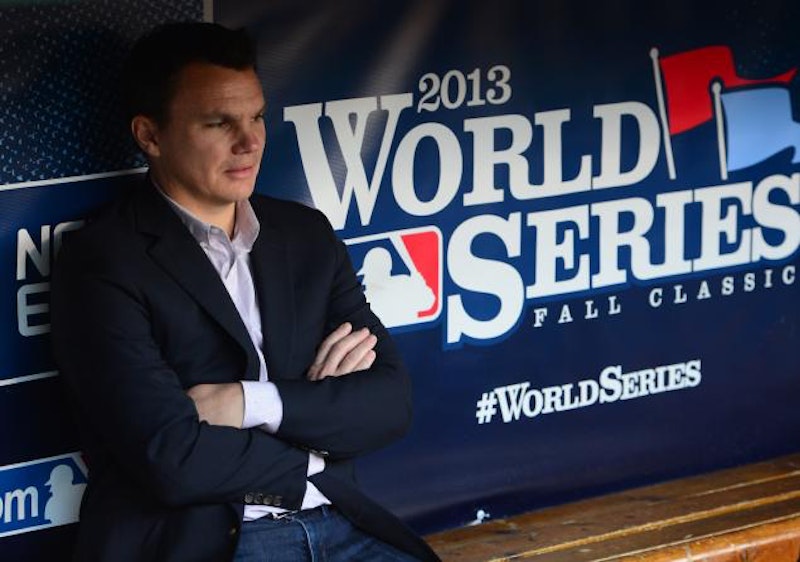 Winning the 2013 World Series gave Boston’s management more than a trophy; it gave them an opportunity. Had 2013 been as disastrous as 2012, there would’ve been an immeasurable amount of pressure on GM Ben Cherington to build a winner this year. He might’ve signed big name free agents and traded valuable prospects. This probably would’ve happened even if the team won 85 games. The team’s 97 wins, and more importantly, their World Series championship, give Cherington breathing room to fully realize his vision. The Red Sox are slowly becoming the Cardinals of the East, with one exception: the franchise has money.

The AL East is even more competitive than usual this year. The Orioles, Rays, and Yankees all have legitimate shots to win the division. Even the Blue Jays will be better than last year. The Sox are good, too, but they’re taking serious (and necessary) risks with their lineup in 2014. Youngsters Xander Bogaerts, Jackie Bradley Jr. (who’s likely starting the season in AAA), and Will Middlebrooks will receive the bulk of the PA’s at their respective positions.

I’m confident that Bogaerts and Bradley will have fine major league careers, but that doesn’t mean they’re going to find success right away. Bradley has already struggled to hit in the big leagues, and Bogaerts’ reputation as a super prospect doesn’t immunize him from growing pains. If the two struggle, it’ll be disappointing, but in no way shocking. On the other hand, when Middlebrooks struggles, it’ll accompany a collective sigh and a citywide “I told you so” directed at Cherington.

This may sound like I’m being critical of Cherington and his bosses. On the contrary, I admire their willpower in an offseason filled with temptation (thankfully they abstained from signing catcher Brian McCann). Although this caution led to a few missed opportunities (Jose Abreu would have fit perfectly into the “New Red Sox”), it’s also produced a team that is growing leaner and more economical by the year. Cherington isn’t engineering a “win it now” team; he’s building a dynasty, similar to the Yankees of the late-1990s.

Boston may not make the playoffs this year, but that doesn’t matter. Whatever the team accomplishes in 2014 and 2015 is just gravy; the real action starts in 2016, when all their big prospects will be comfortably situated on the major league roster. It also helps that the team only has $14 million committed to 2016; who knows what Cherington will do with extra payroll space? You can be sure that he won’t spend it on big name free agents. It also helps that the Rays and Orioles have far grimmer outlooks for 2016. It’s silly to speculate the state of an entire division two years in advance, but, for what it’s worth, both club have relatively weak farm systems and will likely lose significant players to free agency. Either way, the East is so strong right now, it’s hard to imagine that its potency will remain for two more years.

The Sox will be a fun team to watch for the next couple of years. It’s not often that you get to see a dynasty in the making.