A 1981 book occupies a baseball fan until Opening Day. 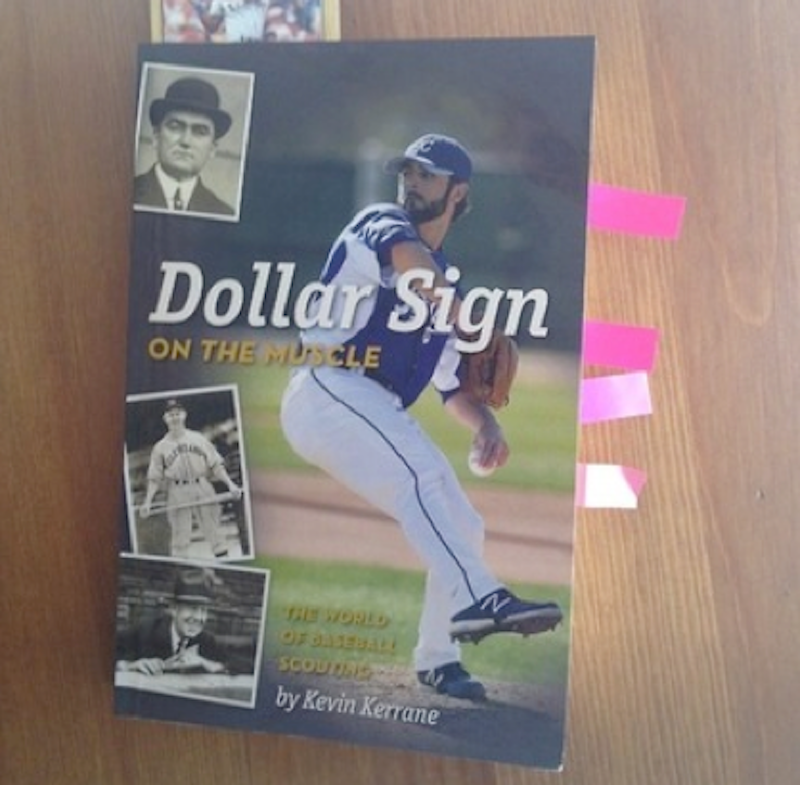 I'm a fairly simple guy. Books, baseball, and trips to the beach generally fuel me day-to-day and carry me through tough times. The day pitchers and catchers report is my unofficial start of spring. Though cold temps and winter weather may linger for a few weeks, it's 70 degrees and sunny on a set of bleachers in my mind. The Glory of Their Times, a book centered on the post-war 1947 major league season, served me well through the winter but a chance encounter in the Amazon's Kindle store led me to the perfect Spring Training read.

I'd never heard of Kevin Kerrane’s Dollar Sign on the Muscle until a few weeks ago. In retrospect I'm a bit ashamed that a self-described student of the game and avid reader of baseball history had overlooked such an enlightening, entertaining, and revealing work. Baseball sunk its hooks into me around 1988. I was 12 years old, the Baltimore Orioles were awful, and my struggles at the plate in Little League indicated that my on-field future was limited. Somehow in all my reading I missed Dollar Sign on the Muscle, originally published in 1981.

The book deals with the world of what’s now called "old school" baseball scouts. It’s filled with stories of can't miss prospects that missed, perceived non-prospects that hit it big, and the general crapshoot involved in projecting 17-year-old athletes five to six years into the future. The books delves into some of baseball's long held prejudices against short right-handers, scouts’ love affair with little lefties and fast outfielders, the story of the Pirates stealing Roberto Clemente from the Dodgers, the dual roles of Branch Rickey as innovator and scoundrel are explored, and there's a guy named Jocko.

Some of the prospects discussed in 1981 evolved into the stars of my youth. While most of the players in the book flamed out, the early careers of then-prospects Joe Carter, Juan Samuel, Julio Franco and Mike Moore are mentioned in depth. The Phillies' scouting system is credited with signing both Samuel and Franco for a song, only to have the talented youngsters dealt away. George Bell suffered a similar fate when he was plucked from the Phillies' system by the Blue Jays. Imagine the fate of the mid-to-late 1980s Phillies with Bell, Samuel and Franco in the lineup.

I strongly suggest reading Dollar Sign on the Muscle for a fascinating look at the vitally important but often overlooked impact of scouting in baseball. Let a great baseball book bridge the gap to Opening Day.