Birding Is Not a Whimsical Hobby

It’s a serious competitive sport and not just for the birds. 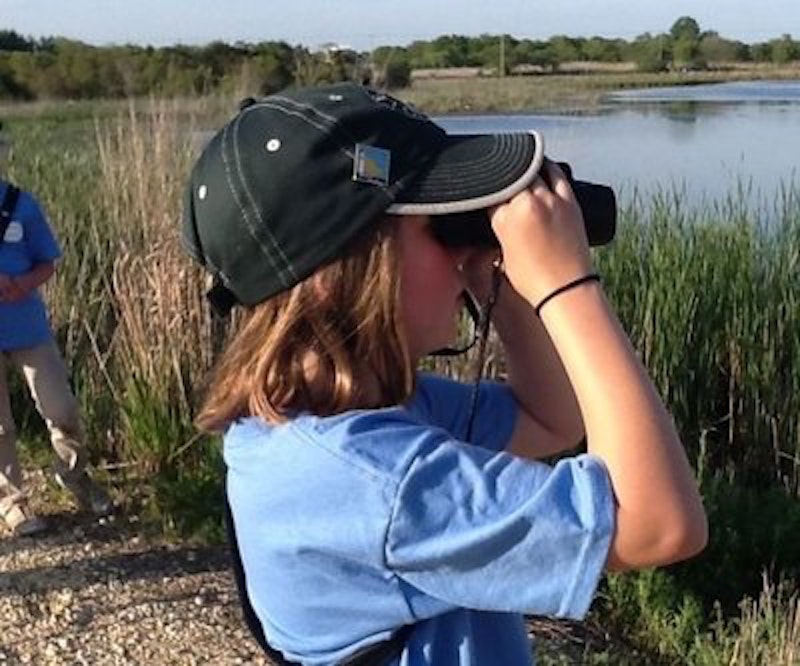 A few weeks ago I attended the fall birding weekend in Cape May, New Jersey, which is a migratory mecca for birding enthusiasts. My 10-year-old daughter is a birder; in fact, her youth team won the World Series of Birding youth division title in 2012.

There’s controversy in birding. The year my daughter’s team won, the adult division world champion team had to publicly apologize during their acceptance speech to the youth team. During the 24-hour competition (highest bird count wins) when the kids were on a platform sighting a bird, the adult team ran up the steps, scaring off the bird, one my daughter had never seen, and she scolded them on her way down the steps for it.

So last month I was along for the trip to chaperone the fall weekend that serves as a precursor to the World Series in April. Her team trains, learning bird identifications by sight and sound, all year round—two days after school, nearly every Saturday. She has a “life list” (birders keep a list of birds they’ve seen so far in their life) of over 300 birds. Her app keeps track. Although birders enjoy their sport—they prefer this term to “hobby”—it’s serious business. There’s a 2011 comedy called The Big Year with Steve Martin, Owen Wilson and Jack Black that makes fun of how competitive birding is (and ask my daughter which birds are misidentified in it) but is accurate in many ways and a good film.

The Cornell University School of Ornithology fields a team that competes in the World Series. The students are dressed head to toe in black, wearing black sunglasses (possibly fitted with internal binoculars) and black hats; they walk around with expensive birding scopes and tripods over their shoulders looking like they need a theme song and a reality show. Needless to say, my daughter keeps all A’s in hopes one day she’ll be on that team; she’s pointed out there aren’t any girls on it and she’s ready to fill the bill.

Spending time at the fall weekend with adult birders (when I wasn’t sneaking off to beachcomb) was interesting. It made me wonder whether my daughter, when she grows up, will still be a birder. Regardless of the costs of the equipment I saw displayed by vendors at the expo (you can spend $3000 for binoculars), I hope so. I’m glad she stopped playing soccer and started birding. Birding is a life hobby she’ll always enjoy; I can’t see her playing soccer at 40.

Going anywhere with her is an educational experience. She rides in the car and names birds flying overhead or perched nearby, talks about how that one should have migrated by now. Our backyard is full of feeders, many of which she’s made, and bird food is always in demand. She makes homemade suet for her favorites, the Carolina Wrens. If she hears the Stephen Colbert show opening on TV, she rolls her eyes at the way “Hollywood” uses the call of the Red-Tailed Hawk to represent the bald eagle that really has a totally different call.