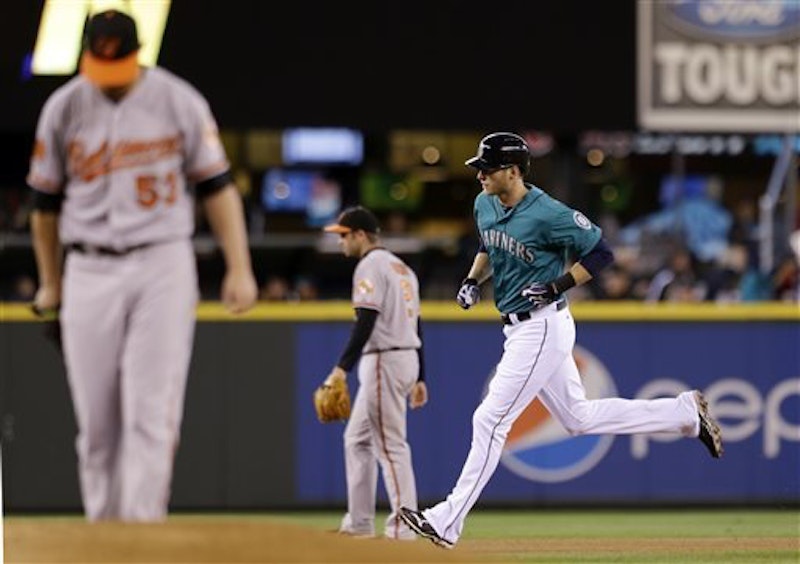 Baltimore Orioles fans are all too familiar with the team’s struggles to find a reliable option at second base. Since Brian Roberts’ injury woes struck in 2010 the Orioles have trotted out the likes of Steve Tolleson, Ryan Adams, Julio Lugo, Omar Quintanilla, Ryan Flaherty and Robert Andino to second base. Roberts posted a solid spring, and decent first series in Tampa, before succumbing to another injury, his hamstring this time. Ryan Flaherty and Alexi Casilla (aka: New Robert Andino) have done their best to fill in. Their best has generally been awful. Flaherty has just seven hits in 52 at bats this season. He and Casilla have combined to strike out 24 times, while drawing just five walks, in 84 at bats. The best way to describe the Orioles second base would be non-existent. Jonathan Schoop, a well-regarded Orioles’ prospect, has been splitting time between second base and shortstop at Triple-A this season but his .218 batting average suggests he may not be ready for big league action this summer. If Roberts fails again in his latest comeback the Orioles could be forced to seek an option from outside the organization.

Baltimore is in Seattle this week to face the Mariners. Seattle has its own set of offensive woes with black holes up and down the everyday lineup. The Mariners have been willing to live with Brendan Ryan’s woeful offensive output thanks to his superior defense. Ryan’s career OPS of .625 won’t make anyone forget A-Rod, or even Omar Vizquel. The weak-hitting Ryan is off to a terrible start this season batting just .154 with a .387 OPS in 23 games. Ryan is joined on the Mariners keystone by Justin Ackley and Orioles’ castoff Andino. Ackley, the #2 overall pick in the 2009 MLB draft, regressed in 2012 and has just three extra-base hits and one RBI in 2013. Andino is predictably hitting in the low .200s and striking out at an alarming rate (15 Ks in 50 at bats).

The Chicago Cubs are in their second season of rebuilding under the stewardship of Theo Epstein. Epstein and company have brought in some quality arms and impressive hitting prospects but have done nothing to address the Cubs’ biggest hole—third base. Chicago made the ill-fated Tyler Colvin for Ian Stewart trade before the 2012 season. Stewart, a failed Rockies’ prospect, has done nothing to improve his stock since coming to Chicago. Stewart hit just .201 in 55 games for the Cubs in 2012 before being sidelined with an injury. Stewart is rehabbing in Triple-A while the duo of Luis Valbuena and Cody Ransom hold down the hot corner in Wrigley Field.

The Yankees allowed catcher Russell Martin to head to Pittsburgh as a free agent. Martin’s departure left the suddenly cost-conscious Evil Empire with the decidedly un-Yankee-like catching duo of Chris Stewart and Francisco Cervelli. Despite his limited Major League success, and career .713 minor league OPS, Cervelli got off to a hot start this season. Cervelli broke his hand last Friday and is expected to miss several months leaving veteran journeyman Stewart as the Yankees’ starting backstop. Stewart has a career OPS of just .590 and 28 RBIs in 381 at bats over seven seasons.

The Red Sox and Blue Jays both took steps to improve their production at shortstop last winter. The Jays took the drastic step of trading for Jose Reyes in a mega-deal with the Marlins. Boston turned to the free agent market and signed Stephen Drew to a one-year deal. Reyes is currently sidelined, for perhaps as much as two months, with ankle injury. The Jays are left to choose between Maicer Izturis and Munenori Kawasaki in Reyes’ absence. The Red Sox are paying Drew $9.5 million this season for his .146 batting average and .250 slugging percentage. Drew, once a highly-rated prospect, has been in steady decline since the 2010 season.

The Detroit Tigers were a popular pick to win the 2013 World Series. The team isn’t running away with the American League Central and could soon look to upgrade behind the plate where 2011 All Star Alex Avila is mired in a two season slump. Maybe it’s not so much a slump as an expectation correction. The 26-year-old Avila is hitting .176 in 2013 after slumping to .243 with nine home runs last season. If the Tigers look to improve prior to the trading deadline Avila could see himself relegated to the bench or included in a deal.