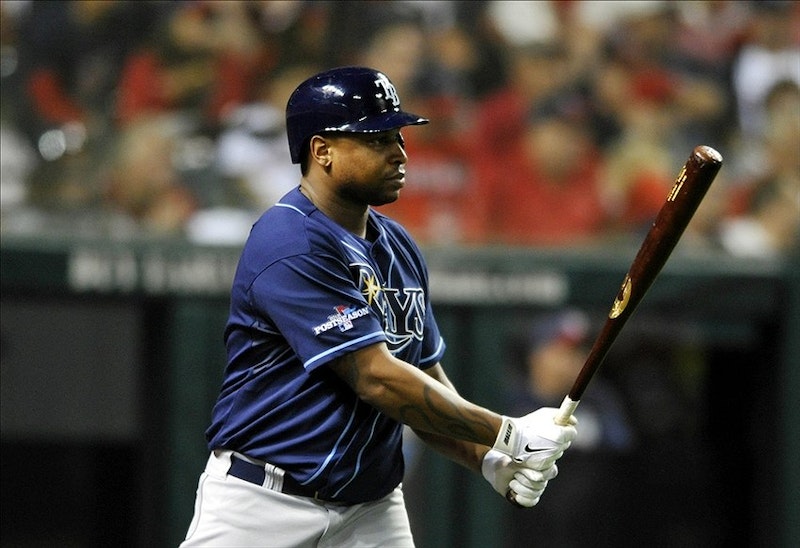 No one knows how to rain on a parade quite like the Orioles. As if sitting on their hands all offseason rather than attempting to improve a club that competed for a playoff spot the past two seasons wasn’t bad enough, the Orioles sunk to new lows on Monday. As the team began a mini-camp in Sarasota, Florida and good news poured out regarding the rehabilitation of Manny Machado and Dylan Bundy from injury, the Orioles expressed interest in a trio of lackluster, head-scratching designated hitter candidates. The Orioles couldn’t give fans one day to feel hopeful without dumping Delmon Young, Jack Cust, and Mark Reynolds in our laps.

My first assumption was that the team was interested in inviting the trio of has-beens to Spring Training to serve as beer vendors or work on the grounds crew. As the day moved forward it became clear that Dan Duquette and company envisioned them as legitimate designated hitter possibilities. The Orioles simply couldn’t contain themselves and by evening had inked Young to a one-year incentive laden deal.

I could spend the next few paragraphs explaining why signing Young to do anything besides chase an opponent with a bat is a bad idea. I’m not going to waste my time. Young stinks. Sure, he may come up with a clutch hit or two next season for the O’s but the fact that Young’s part of the team’s solution at designated hitter tells you all you need to know about the commitment to winning.

Reynolds and Cust haven’t been signed yet, thank goodness, but it would be no shock if they both received Spring Training invites. Reynolds’ high strikeout totals and laughable defense earned him a ticket out of Baltimore prior to the 2013 season. After a hot April Reynolds’ bat predictably cooled and he bounced from Cleveland to the Yankees while his average settled down around the Mendoza line, familiar territory for the contact deficient slugger. Cust hasn’t played in the big leagues since a lackluster 2011 and is best remembered in Baltimore for tripping as he rounded third base nearly a decade ago.

I hate to be going off on a rant after such benign signings, or potential signings, but the problem is that the Orioles aren’t giving fans anything of substance. The team will no doubt suggest that they’ve distanced themselves from high profile free agents who could provide immediate help (Nelson Cruz, Kendry Morales, Matt Garza) in an effort to conserve the funds that will be needed to sign Matt Wieters and Chris Davis to long-term deals. The optimists out there will buy that line and excitedly scamper off to the Warehouse ticket counter. Sadly, the past 15 years have left few optimists remaining in Birdland. When Wieters is in pinstripes and Davis is manning first base at Fenway in 2016, what line will the Orioles be selling fans?