The Big Hurt, Moose and Cooperstown 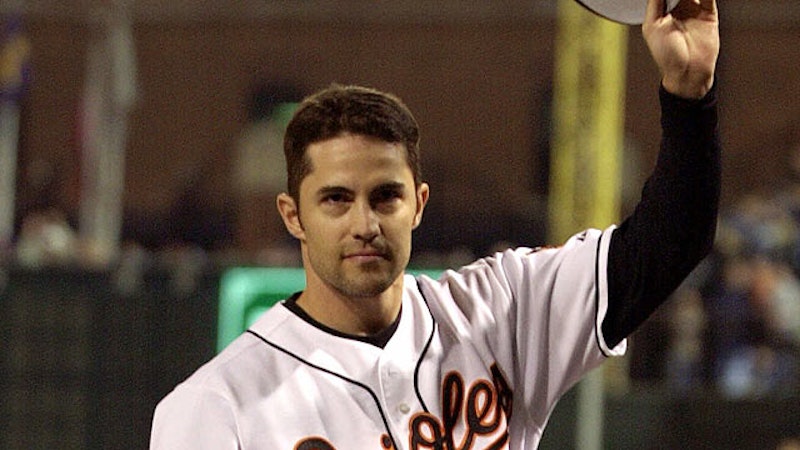 The National Baseball Hall of Fame announced its inductees for 2014 on Wednesday afternoon. It’s a fine class that includes two 300-game winners in Greg Maddux and Tom Glavine as well as Frank Thomas, a member of the not quite as prestigious 500 home run club. While much of the commentary on Wednesday afternoon, not to mention the weeks leading up to the announcement, consisted of name-calling and finger-pointing among baseball writers of various stature and notoriety the focus for the next few days should shift from the Hall’s flawed election process to celebrating the great players who will be enshrined this summer.

The 2014 vote is as notable for the players that didn’t make the cut as for the three that did. While most attention will undoubtedly center on the near-miss of Craig Biggio and the lack of support for players associated with steroid use (real or imagined), my attention turns to Mike Mussina. As a Baltimore native, Mussina is the only true ace that I’ve had the pleasure to watch pitch in orange and black. Mussina deserves to be a Hall of Famer, and likely will be at some point, and will forever be linked in my mind with Frank Thomas.

The Orioles recalled Mussina from the minor leagues in August of 1991. His arrival was much anticipated and I was a bit perturbed to be missing his debut, though I had a good reason. I was headed to Cooperstown that weekend for my first visit to the Baseball Hall of Fame along with my father, brother, and nephew. As Mussina prepared for the first start of his 18-year Major League career I was looking at artifacts and skipping stones on Otsego Lake.

Mussina tossed 7 2/3 innings against the White Sox in his big league debut on Sunday, August 4, 1991. The 21-year-old righty who would soon earn the nickname “Moose,” allowed four hits and four walks on the day. He took the loss as the Orioles dropped the contest 1-0 thanks to a home run from Frank Thomas. I didn’t get to watch the highlights until the local 11 o’clock news but I can still see Thomas’ long ball settling into the left field stands on that sunny afternoon. More than two decades later we have highlights sent directly to our smartphones and the ability to watch live games from anyplace with a cell signal but at the time the anticipation of seeing the highlights of Mussina’s debut encompassed all of my 15-year-old being.

Thomas went on to finish third in the MVP balloting that season, the first of five such finishes. That day also marked the beginning of The Big Hurt’s domination of Mussina as he tortured the Orioles’ young hurler for much of the 90s. For me, the two players have been forever linked since that day. In a sense it’s fitting that Thomas received baseball’s highest honor while Mussina garnered just 20 percent of the vote in his first season of eligibility.