Back in the NFL Press Box

What it's like working in one of only eight remaining workspaces in the COVID-19 era. 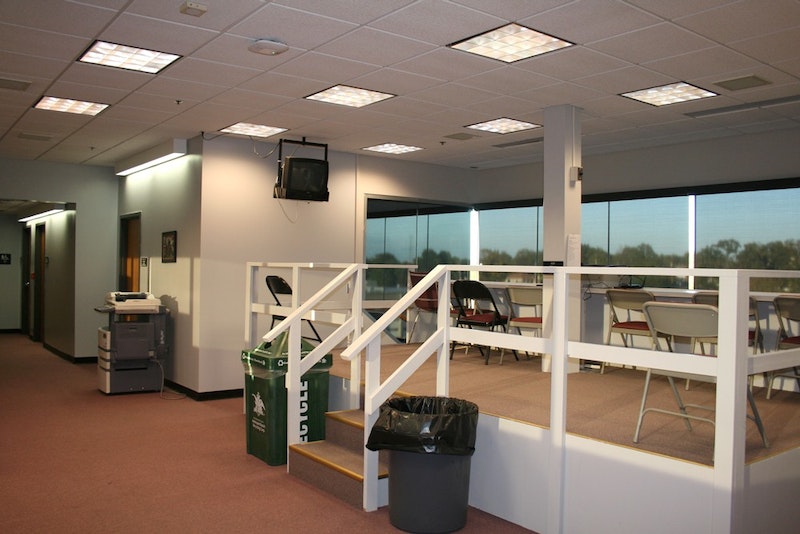 Saturday night, I’ll be back in an NFL Press Box, one of only eight such remaining active workspaces. I’ll follow strictly regulated COVID procedures, including another test administered within 48 hours of kickoff, and valid answers to the questions we’ve become familiar with: Have you been in close contact with anyone experiencing symptoms…

I’ll arrive several hours before kickoff and confirm my COVID test results with security people, and then begin the process of setting up and connecting the network hardware needed to record official statistics. The NFL uses an application known as GSIS (Games Statistics and Information System) to enter, verify and transmit every yard gained and lost, every tackle and assist, every punt, kick and pass throughout the game happening in front of all those Press Box folks. A comprehensive document known as a GameBook, available to the public on nfl.com after the game, is generated through the network I support, and distributed to the working press. When you read that the stud running back gained 113 yards on 23 carries, the writer got that information from our GameBook.

Each NFL team employs a spotter who calls a play as it happens. You’ll hear something like “Huddle.  Shotgun. Snap. Pass in the left flat, complete to 14 at the 39, tackle at the 41.” A second spotter will call the defense, “Tackle 71, 66, primary and assist.” A referee will place the ball for the next play, and the main spotter completes the call by saying something like, “Gain of 11, ball at the 41.”

As that is happening, the GSIS entry tech is recording that information on his laptop. An audit user stays a play behind, to make any changes or updates. The league communicates with the stats crew and may say they’ve seen the previous play differently, and feel defensive players 71 and 66 should each get half-tackle credit, or perhaps number 71 should get credit for the tackle alone. Other laptops on this network show a rough video feed from the production truck, members of the stats crew can use that video evidence to review a play. At what exact yard line did the fumble occur? Where was it picked up? Did that receiver go out of bounds at the 41 or 42? There’s a lot going on, very quickly. Throw in the parts of the game where an offense runs no-huddle, and you’ll understand how frenetic the pace can get.

When time runs out on each quarter of play, the stats crew generates a printed report of total activity, thus far in the game. Often, a member of the visiting team’s Public Relation crew will ask for “team and individual at two minutes.” When play is stopped at the “two minute warning” before halftime, accumulated stats to that moment are generated, listing yards gained by each player, and totals like net yards passing for each team. The PR representative runs those stats down to his locker room for review by the coaching staff. Those numbers are part of the data used to game plan for the second half.

Every network experiences glitches. My day gets really exciting when I hear, “Kevin!” from a member of the stats crew. Maybe the application froze on his laptop, a document sent to the printer hasn’t been generated, or the league representatives are asking me a technical question over the chat app we use. Each situation requires a quick careful return to “up time,” and the crew carries on.

In the stadium where I work, fans were allowed to attend, in very limited numbers, for the first time this season, just this past weekend. It was a welcome return, according to the players, and was shocking how loud 6700 partisans can be. I’m scheduled for another COVID test late Thursday. If all goes well, I’ll be back at my side gig again this weekend. Friends will say, “Did you see that play? You were there!” I might have to reply, “Actually, no, I was putting paper in the printer tray."