Chelsea FC should have your attention now. 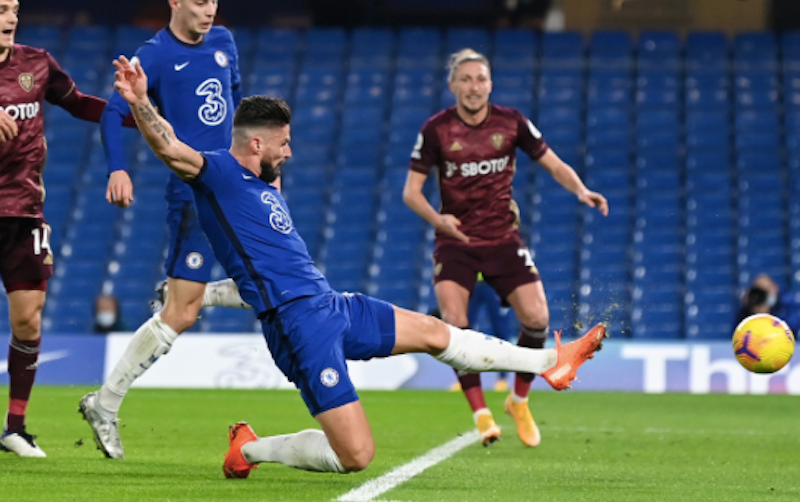 When travel was allowed and I visited in-laws in London, I took in as much live English football as I could. Many times I took taxis to the ground, and I always made it a point to ask the drivers which team they supported. The younger drivers were truthful, though one wildly claimed he used to be Arsenal, but switched to Tottenham because his wife and her family were Spurs supporters. He then asked me if I minded if he played his Johnny Cash cassette tape, noting that I shouldn’t mind because I was American. I told him his switch in America would be football Giants turning to the Dallas Cowboys, or a Yankees fan to Boston, or a San Francisco Giants supporter converting to the Los Angeles Dodgers. It just does not happen in my country, I told him, and I concluded he was, as the English say, taking the piss.

As for the Cash tape, he had better be playing B-sides or the Rick Rubin stuff or I’m getting out of this otherwise high-quality, TX4 classic hackney carriage black cab. I don’t want to hear the standard Cash songs. Give me “God’s Gonna Cut You Down” or bust. The driver then proceeded to grill me about the American west and cowboys. Every European I’ve encountered seems to be obsessed with the Roy Rogers wearing chaps thing and always ask if I’ve visited Denver. Enough already with the wild west questions. The reverse would be me being obsessed with Sherlock Holmes or third-season Monty Python and directing all conversations towards these shopworn British tropes.

The older London cabbies always had the same line regarding local soccer, as if they had a union meeting and passed around a script for football questions from passengers. “I used to go to football, but I don’t anymore. There’s no Englishmen playing in the top league anymore,” they say, somehow failing to add the cliché “guvner” at the end.

This past Saturday I watched a thrilling match on television as Chelsea hosted Leeds United and 2000 fans were allowed inside Stamford Bridge for this very old rivalry, socially distanced with masks, for the first time since March 8. The fans picked on a particular Leeds player from Spain for some reason and it was obvious. The crowd microphones not only betray the coaches shouted instructions but also the few vocal supporters in the mostly vacant house.

Unfortunately, this past weekend in the Championship level at Millwall, footage captured the few thousand in attendance at The Den booing the players as they took the now-traditional kick off knee against racism. “Stand up, you c—ts!” was the yell from a few vociferous Millwall supporters. This didn’t bode well as the Lions proceeded to lose to the team at the bottom of the standings as Derby County proudly notched its second win of the campaign, perhaps in spite of the anti-non-racist supporters of the home side. Having been to Millwall in person a few years ago, I can attest to never before having heard so many grannies and youngsters use the c-word to describe the ref and linesmen, as well as the visiting Rotherham United players.

So my interactions of late have been with masked up taxi customers and the liquor store workers. I’ve spotted passengers wearing Spartak Moscow hats (in the dark) and a guy in a Swansea hoodie and a kid outside the Amtrak station in a sweet Carlos Valderrama Colombian national kit. “Hey, El Pibe, you need a ride?” I asked. His father leaned in to state “No thanks” and they were “waiting on an Uber.” And wait you shall.

The dude who works at a local wine store and is a golf nut asks what I’m doing for the weekend and I tell him I’m watching lots of soccer and it’s Chelsea vs. Leeds, get in. He makes a snoring noise as a typical American and I resist the urge to take his head right off. He has, after all, dominion over the discounted grape juice so he’s spared. He said he’ll watch the Colts vs. Texans NFL committee meeting (talk about a snoozefest). I’ll add Leon Mexican soccer playoff action to my late-night viewing as Chivas goes down swinging and I’ll enhance my bilingual skills via Univision and up the ante at the local Mexican restaurant serving as an underground Liga MX headquarters. The wild Sunday night playoff between Pumas UNAM and Cruz Azul again featured the Zoom video screen “fans” in the stands which comes off as some type of twisted tape loop Max Headroom type of deal. If you start paying attention to those screens, it gets creepy in a hurry.

The Premier League has downplayed the virtual video fan thing, at least in comparison with Mexico’s Liga MX which seems to be all in with the screen walls. Chelsea’s Champions League success has seen the reemergence of the old Frenchman Olivier Giroud with his pompadour and tattoos, earning himself a starting spot against Leeds over the lanky youngster Tammy Abraham, a speedy baby giraffe who uses his telescoping legs to outrun defenders and score goals from all sorts of angles. Against Leeds, he came on as a late sub for the World Cup winning Giroud, and was all smiles about it. Manager Frank Lampard is keeping multiple players happy with some type of magic formula. With Giroud, it is great to see an old guy walk among the teenagers that are now ruling the league and much of Europe on many fronts.

Breaking down the Chelsea vs. Leeds for the old London cabbies we find there are in fact seven Englishmen playing for Chelsea and the head coach is a born and bred limey. At least 12 other countries are represented on the Blues roster, and the owner of the team is a Ruski oligarch. I often tell my teenage daughter I learned world geography by following soccer from the sticks of Ohio with the earliest days of cable television. FC Shaktar Donetsk? Ukraine. Hellas Verona FC? Italy. Galatasaray SK? Turkey. Pumas UNAM? Mexico City. Red Star Belgrade? Serbia. Motherwell FC? Scotland. These days fans can stream lower level and even non-league matches online, scouting future players who might be useful on your fantasy soccer team three years down the road.

When American Christian Pulisic scored a sliding strike against Leeds to seal the 3-1 win, fed by a high-speed run from German star Timo Werner in the 90th minute, I realized this Chelsea squad is loaded for bear. The fact that Werner had that much energy so late in the game and Pulisic had such precision in the blunt instrument that was his foot-first slide was very impressive. There’s no reason Chelsea shouldn’t win the whole damn league this season. They have winnable fixtures lined up for the next three weeks, and given Liverpool’s injuries and the inconsistencies shown by both Manchester teams and the wacked-out existence of Tottenham Hotspur, Chelsea are in the driver’s seat of their own black cab bound for the top of the table.

Leicester City? They lack the required depth to endure the brutal festive season fixture storm. Oh, wait, don’t mention storm because those damn Liverpool supporters will start up again with that wretched song about not walking alone.