An Astros World Series Title Would be Cathartic 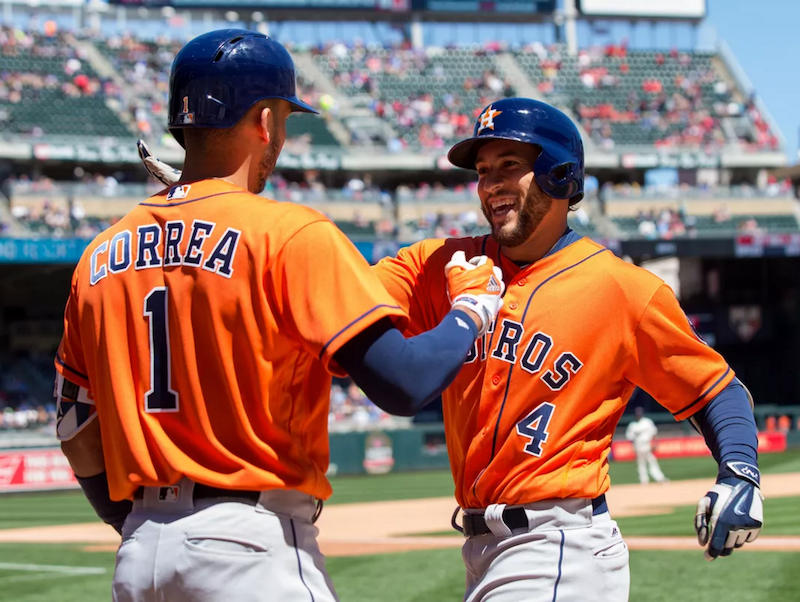 It would be excellent if the Houston Astros won the World Series. I write that as a Red Sox fan. An Astros World Series victory would give some sort of catharsis for the people of Southeast Texas that are attempting to piece their lives back together after the wreckage of Hurricane Harvey. What good is sport if not a way to unify a region, especially in tough times? Red Sox fans remember April 2013, and the Marathon bombings. That October World Series win was special to fans and players alike. David Ortiz spills plenty of potent words describing the experience in Papi, his recently released memoir.

The Astros used to be the Colt 45s. Outlaws of the outlaw state. The state that wanted to become their own country, much like Trump’s followers, mostly isolated geographically and culturally from the coasts, want to live in their own delusional country. When the Astros entered the majors as an expansion franchise in 1962, guns were the chosen cultural symbol of the franchise. NASA was nascent, the Apollo program having started just the year before. J.R. Richards and Nolan Ryan amassed crazy strikeout totals in the early 1980s. Houston entered the majors in the National League, then became members of the newly-formed NL Central in 1994. From there they found success, winning over 90 games three times between 1998 and 2001.

That success never translated to October, though, as they bowed out in the NLDS all three years. In 2004 and 2005, the Astros won the wild card. You might remember Carlos Beltran’s epic 2004 power surge. He set a postseason record with eight homers that October. Houston made the NLCS, and led the series 3-2 over St. Louis, before dropping a gut-wrenching Game 6 in 12 innings and going on to lose Game 7. The following year, the Astros only won 89 games, but again made the postseason as a wild-card entry. That October, they got their revenge on the Cardinals, behind two masterful Roy Oswalt starts, winning in six. They got swept in the World Series by the White Sox. You probably don’t remember that one because it wasn’t memorable.

After losing 106 games in 2011 and 107 in 2012, they took their 100 losses to the AL West, boosting the win totals of the Angels, Rangers, and A’s at the time. The Astros hired Jeff Luhnow to be their general managers in the winter of 2011. He was hired in part because of his unique upbringing. Luhnow’s parents moved from New York City to Mexico City before he was born. He spent his first 15 years there. His fluency in Spanish and bicultural roots were named as a factor in his success in player development with the Cardinals. Luhnow’s Astros now possess the best middle infield combo in the game. At second base, MVP-candidate Jose Altuve. At shortstop, the multi-talented Carlos Correa.

Houston’s prolific offense includes the emergent Marwin Gonzalez (.303/.377/.530), former Red Sox outfielder Josh Reddick’s career year (.314 with 34 doubles to go along with above-average defense in right), and the underrated season of 23-year-old Alex Bregman (one of four major leaguers who finished with at least 39 doubles, 17 HRs, and 17 steals). Luhnow landed longtime Tiger Justin Verlander, giving Houston two high-level postseason starters in the rotation, next to 2015 Cy Young winner Dallas Keuchel. Cameron Maybin (33 of 39 in steals), via another waiver deadline deal from the Angels, gives them an added dimension on the bases. Lance McCullers, who missed much of the season with a back injury, might have the best pure stuff of any Astro. The 24-year-old made only three starts after July, but struck out 132 in 118 innings. Will manager A.J. Hinch give McCullers a Game 3 or possible Game 4 start, despite the rust?

Let me remind you, I’m a Red Sox fan. I want to see Chris Sale dominate, David Price save Boston in sticky 6th and 7th innings, and Craig Kimbrel close out three games to propel Boston back to the ALCS. I’m also a human, and want the people of Houston to witness some celebrations. I’d love to see the Red Sox advance with this new group, led by the often-unhittable Sale, the trio of B’s ringing the outfield. Especially after last October's sweep at the hands of Cleveland.

Speaking of Cleveland, a team that set an American League record with 22 straight victories, nobody wants to face them either. Cleveland has lost four games since August 24th. They’ve gone beyond hot. And now bullpen star Andrew Miller returns. Like the Astros, Cleveland has no weaknesses. Rotation? Check. Bullpen? Check. Defense? Check. Lineup depth? Check. Power? Check. Speed on the bases? Half-Check.

Not surprisingly, the best bullpens in the game (by ERA) happen to belong to the postseason teams: Cleveland (2.89), Boston (3.15), and the New York Yankees (3.34) led the pack. October baseball will see more pitching changes than ever. Why pitch a semi-tired starter who isn’t your ace in the 5th or 6th inning, when you can rely on four dominant relievers to get you through the rest of the game? This is the Yankees best chance at getting past Cleveland.

Predictions: Houston over Boston in 5. Cleveland over New York in 4.