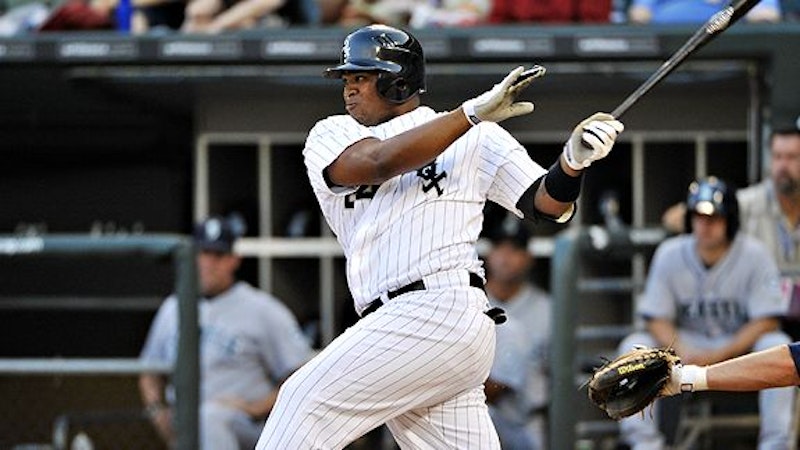 Brennan Boesch of the Detroit Tigers must be a very happy man right now. Prince Fielder and Jim Leyland were the main beneficiaries of Detroit’s nine-year/$214 million deal with Fielder, but as the number two hitter in the Tigers lineup Boesch could be in line for a breakout season. Boesch received a lot of publicity during his rookie campaign in 2010 as he clubbed 14 homers and drove in 67. He posted an even better performance in 2011 but was largely overshadowed by teammates Miguel Cabrera, Justin Verlander and Doug Fister.  Boesch hit 16 home runs and improved his OPS to .799 last season. He’ll turn 27 in April and is just entering his prime as an offensive threat.  Oh yeah, he’ll also be batting in front of Miguel Cabrera and Prince Fielder. Boesch might have the most comfortable batting spot in the big leagues. His home run and runs scored totals figure to improve as he sees a steady diet of fastballs in front of baseball’s latest dynamic duo. The Tigers offense could really explode if leadoff man Austin Jackson can reduce his strikeouts and improve his on base percentage. Even if Jackson continues to struggle, Boesch is poised for a big season in 2012.  He’s not ranked among the AL’s top fantasy outfielders but should be a dependable late round source for home runs, runs scored and RBIs.

Orioles’ left fielder Nolan Reimold was at one time among the organization’s brightest prospects. He posted a promising rookie season 2009 only to nosedive in 2010. He began the 2011 season back in Triple-A but had regained his spot in the Orioles outfield by the end of the season. He finished the season with 13 home runs, 45 RBI, and a .781 OPS in 267 at bats. He played particularly well down the stretch hitting five home runs and driving in 17 runs in September. Reimold is auditioning for the leadoff spot in Spring Training. Brian Roberts’ post-concussion symptoms will likely prevent him from starting the season with Baltimore, and could lead to an early retirement. If Reimold can handle leadoff duties he could easily surpass the 20 home run mark and post double digit steals in 2012.

The Chicago White Sox may be the worst team in the AL Central. If the Southsiders are looking for a bright spot in 2012 it could be young Cuban outfielder Dayan Viciedo. Viciedo, 22, played a handful of games for the White Sox over the past few years but he is expected to be a regular in 2012. He’ll likely start in either left field or right field. At 5’11”, 230 lbs. Viciedo is built like a powder keg. He topped 20 home runs in each of his two seasons in Triple-A. White Sox fans may not have much to cheer about this season but Viciedo is an intriguing power prospect who could provide some thrills. As a fantasy player he’s worth a late round flier and could be a cheap source for home runs and RBI.