O’s Should Say No to Trumbo 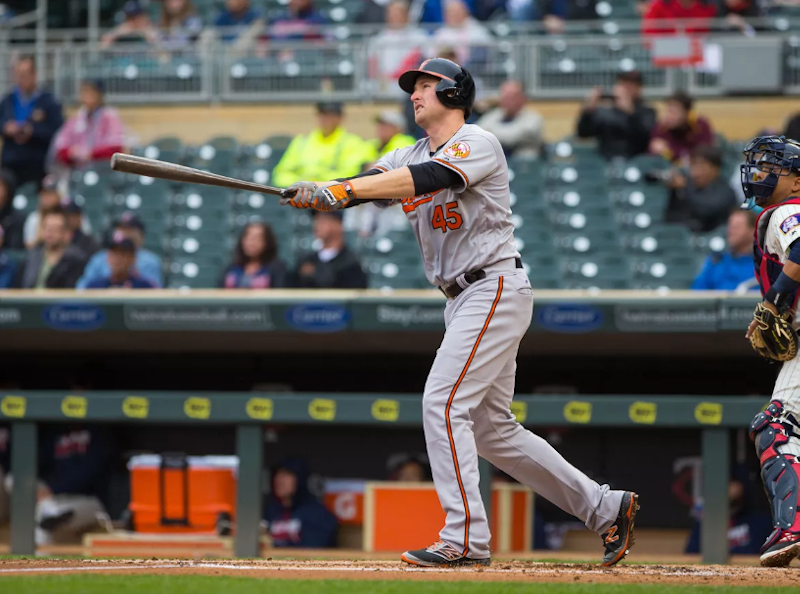 The Baltimore Orioles are predictably quiet. Dan Duquette’s method over the past few off-seasons has been to lay low until just before the start of Spring Training and then nab a couple of the remaining free agents. The strategy has worked to varying success. Nelson Cruz and Pedro Alvarez: thumbs up. Ubaldo Jimenez and Yovani Gallardo: no thanks. As we roll into 2017 the Orioles still have an unsettled outfield and DH situation. The team hasn’t developed or acquired a right fielder to fill the vacancy left by Nick Markakis. Free agent and trade options abound but none are all that great.

The Orioles are likely stuck in neutral until we get some clarity on Mark Trumbo’s long-term future. The O’s reportedly would like to have Trumbo back on a four-year deal. Trumbo’s camp likes the four years but wants a few more million dumped into the slugger’s bank account each season. The sides are at an impasse and the Orioles have supposedly taken the offer “off the table.” The Orioles would probably relent if Trumbo’s agent called to accept it.

If Trumbo does come back to Baltimore he’d likely split his time once again between right field and DH. Buck Showalter could play Hyun Soo Kim in left, Joey Rickard in right and Trumbo at DH against right-handed pitching. When a southpaw is on the mound Rickard would move to left, Trumbo would play right and rookie Trey Mancini would serve as the designated hitter. Kim had just 22 plate appearances against lefties last season and figures to be platooned again in 2017.

There are two problems with the above scenario: 1) Trumbo has yet to sign a contract with the O’s, and 2) Rickard missed the second half of the 2016 season with a thumb injury and he’s not particularly good. Rickard, a 2016 Rule 5 pick from Tampa, is a huge question mark in terms of health and production. He shouldn’t be counted on to be any more than a fourth outfielder in 2017.

The Orioles have been linked to a host of second-rate outfield and designated hitter options this winter. Chris Carter, formerly of Milwaukee, offers lots of dingers and little else, though he’d be much cheaper than Trumbo. Michael Saunders would bring some left-handed pop to the lineup but he was a second-half disaster for the Blue Jays last season and struggles in the field. There are also rumors that Saunders already took and failed a physical with the O’s, so any deal there is unlikely. Angel Pagan of the Giants is a free agent but he’s been a below-average offensive player for several seasons and his defensive metrics are poor.

I’ve even heard talk of the Orioles signing Mike Napoli to play first base with Chris Davis shifting to right field. It’s an interesting theory for talk radio but makes little sense. Showalter all but guaranteed that Davis’ days in the outfield were over when he signed his long-term deal to remain in Baltimore. Also, the Orioles could’ve moved Davis to right field and played Trumbo or Pedro Alvarez at first base last season in an effort to improve the outfield defense. Why would they do it now for Napoli? Finally, one of Duquette’s stated goals for this offseason was to upgrade the team’s outfield defense. Shifting a soon to be 31-year-old first baseman to the outfield is a direct contradiction of that goal.

Now that Rajai Davis has signed with the A’s, the O’s best option might be to bring back Pedro Alvarez to platoon at DH with the rookie Mancini, and find another outfielder. Alvarez struggled out of the gate last season but he rebounded nicely and was one of Showalter’s steadiest performers in the second half of the season. Alvarez has a career OPS almost 200 points higher against right-handers (.801 vs. .606). An Alvarez/Mancini platoon could come close to duplicating Trumbo’s production at a significant savings in terms of dollars and flexibility. Showalter probably wouldn’t be thrilled with the idea of essentially carrying two designated hitters but both players can play first base and Mancini could be optioned to Triple-A Norfolk on several occasions to increase roster flexibility.

In this weak free agent market there’s no silver bullet to solve the O’s right field and DH woes. A trade with the Mets for Curtis Granderson or Jay Bruce would make a lot of sense, both are left-handed power threats, but the asking price, reportedly Brad Brach, is too rich for Duquette. As the 2017 season could be the last hurrah for the current core of Orioles I’d like to see the team refrain from locking up a DH like Trumbo on a long-term deal but that’s exactly what they’ll probably do.