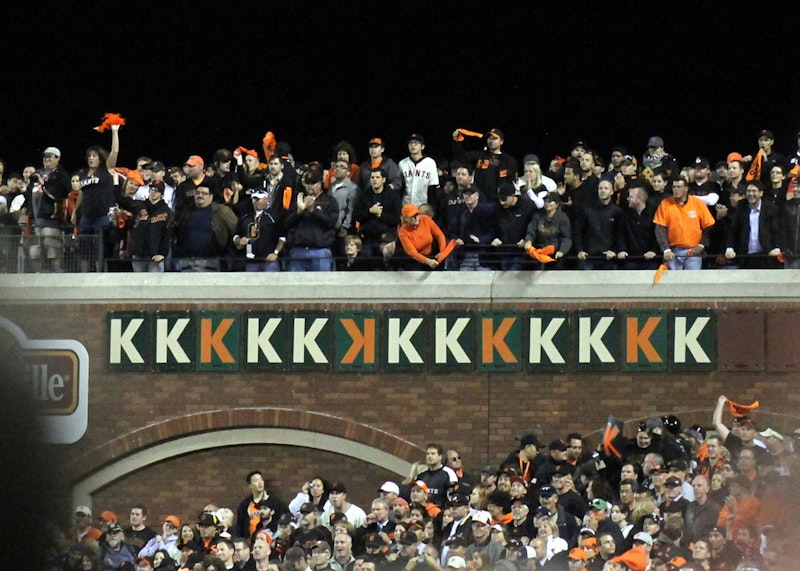 Wins aren't meaningless: I understand that there’s a vocal contingent of baseball fans and media members who believe pitcher wins are a completely arbitrary statistic that speak more to team than pitcher quality. I don't necessarily disagree with that notion. Brian Kenney of the MLB Network has started a full-on assault on the win stat. Kenney and his cohorts are belligerent in their criticism of pitcher wins and anyone who sees any redeeming value in the stat. That thinking is stubborn and wrong.

Sure, a middle reliever lucking out with a 10-win season is largely a measure of his team's ability to battle back from a deficit and the arbitrary nature of the win rule. No baseball fan would put much thought into the win totals of relievers. A quick look at MLB's wins leaders from 2014 is a Who's Who of the game's top pitchers. Felix Hernandez, Bartolo Colon, and Bud Norris all finished with 15 wins. Hernandez is a vastly superior pitcher to both Colon and Norris, but bad pitchers don't win 15 games. A quick glance at MLB's Wins leaders reveals that of the 40 pitchers who won more than 13 games only Matt Shoemaker pitched fewer than 152 innings. While WHIP, xFIP, ERA+, and strikeout rate are all much better indicators of a pitcher's true worth the Win is a simple time-tested package that sums up a pitcher's dependability and consistency. King Felix would probably win more games with the Dodgers but that doesn't make wins meaningless.

Managers matter: The thought that a great manager is worth about three more wins per season over an average manager has permeated baseball's consciousness over the past decade. The concept that managers don't matter, or are best served when they do no harm to the organization's plan, was pushed a little further along with the book and film Moneyball. While Art Howe was portrayed as a stodgy opponent to progress who could be replaced by a monkey with a calculator the truth is that managers may be baseball's newest market inefficiency.

As someone who has managed people in various industries for more than 14 years, and taught management classes for the past eight years, the belief that it doesn't matter is ignorant. Management doesn't matter as much as talent, but it does matter. In fact, it may matter more in baseball than most industries. A baseball manager is charged with keeping a group of as many as 40 men working together in relative harmony for the better part of eight months. Not only do they work together nearly every day, they also eat together, travel together, play cards and fantasy football together, and shower together.

A manager may have a minimal impact on an individual game with lineup construction, pitching changes, defensive alignment, and pinch-hitting choices, but most of the manager's heavy lifting is done before and after the game. It's about cultivating relationships, establishing standards and organizational culture, defining roles, and communicating with the players, front office, and media.

Roles matter: The closer by committee concept is still celebrated by baseball analysts as a perfectly reasonable strategy. Using your best available pitcher in the game's most important moment, whether it’s the seventh inning or the ninth, sounds like a great idea to employ in a video game, but humans play baseball. Humans like routine, preparation and ritual. While using your closer down by one with the bases loaded in the sixth inning may work on XBox it's probably not a great idea at Fenway Park in June. You wouldn't ask your lead accountant to troubleshoot a network issue or have a Marketing Associate prepare a complex financial statement. People like to have their roles defined so that they can to take personal responsibility and be accountable. Ask baseball analysts how they'd respond if their editor told them to submit a piece on global warming with a 30-minute deadline and the concept of defined roles might suddenly seem like a good option.

Chemistry is real: Chemistry is a bugaboo in baseball circles. It can't be measured so some people are quick to write it off. The belief is that good teams have good chemistry because they're winning and bad teams have bad chemistry because they stink. There's some truth that winning yields good chemistry and is not a result of it but that's an oversimplified notion that exhibits little understanding of human behavior. There have been teams with terrible chemistry and character who’ve the World Series (think '86 Mets) but they’re rare. The San Francisco Giants’ three championships in five seasons are largely the result of Bruce Bochy's leadership style, a bullpen that goes into lock-down mode in October, some tremendous individual performances, and organizational philosophy.

Clutch is real: Tallying clutch performers is another long-held baseball axiom that the sabermetrics movement is determined to discredit. If some people are more prone to shine in pressure-filled moments it shouldn't be a shock that some ballplayers have the same trait. Think of your personal life: among your family and friends there are some people you'll call in a crisis and others you won’t. It's the same thing with players.

Extreme defensive shifts are unsportsmanlike: I'm a free market/free will guy in most phases of life. I'm all for anyone exploiting an advantage they've discovered to beat the system or outsmart the competition. That said, I hate the shift. I'm not necessarily calling for a shift ban since I hate rules and unnecessary bureaucracy but I do ball up my fist every time I see a third baseman snare a line drive while standing in shallow right field. The constantly changing rules are one of the reasons that I barely watch the NFL these days so I'd hate to see baseball start tinkering with rules just solve a temporary problem.

Strikeouts aren't just another out: The thought that a strikeout is no better or worse than any other out is another concept that the SABR community has latched onto. That’s crap. Yes, a strikeout counts as a single out just like a groundout, fly-out, or pop-up. The problem is that the strikeout eliminates all of the things that can happen when a ball is put into play. No one makes a throwing error on a strikeout, runners can't advance on a strikeout, there are no sacrifice flies on strikeouts, and the strikeout nullifies the effects of team speed.

The new rules to prevent collisions ate the plate are stupid: Baseball overreacted to the NFL's concussion litigation and Buster Posey's injury to deploy an ill-conceived rule that has served only to confuse and over-complicate a simple game. If MLB wants to protect catchers the individual organizations should tell them not to block the plate. If catchers don't want to get injured they shouldn't stand in front of a 200-pound man running full speed. MLB is very lucky that the ambiguous rules regarding blocking the plate didn't have their flaws aired during the playoffs. Baseball should eliminate the rule before it causes the league a public embarrassment and impacts the outcome of an important game. The NFL has gotten itself into trouble by putting more and more judgment calls into the hands of officials. MLB ought to refrain from going down that same path.