An off-season marred by information fastballs. 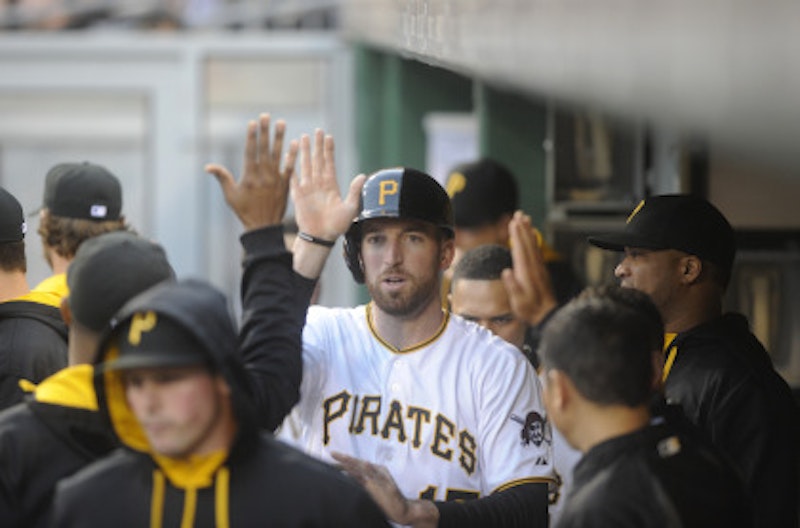 There was a rank-and-file sociology professor who once told me that Major League Baseball’s “hot stove” offseason “is a period of structural functionalism for the demented.” Problem is, you don’t move from New York City to upstate New York to hang with sociologists. Instead, the company of falconers is preferred. There was a hot one from New Paltz who would call Bryce Harper’s eyeblack “the Malar stripe” which on the Peregrine bird of prey is the streak of dark feathers beneath the eye—nature’s way of cutting down the glare when the talons are out and a tasty vole is in sight, she said.

Even the most remote falconer knows the Internet has changed the hot stove season. It could instead be called the Lithium Ion Pouch season with the high-tech heat generated from mobile devices used to warm the coldest of baseball fans. Trade rumors and personnel movements are over-tweeted and move wraith-like through an online haunted clubhouse of quasi-insider information that updates itself every 14 seconds. In fact, in the time it took to write this paragraph, the Pirates just traded the DFAed first baseman Ike Davis to Oakland for “international bonus slot 27” whatever the heck that is. Who is Ike’s agent, cyber scribe William Gibson? These days, the “player to be named later” is such a relic because who values the actual players anymore? How absurdly old-fashioned that is! It’s all about who is “overpaid” and “value over replacement” and other abstract slide-rule metrics only an elite few can smugly understand and brag about in self-congratulatory blog posts.

The old-fashioned hot stove—a woodstove where baseball fans gather for warmth with a naturally-ensuing discussion of off-season moves—is classically misinterpreted by the MLB Network. The “Hot Stove” baseball show on MLB uses gas burners from kitchen stoves for background imagery. Par for the course, if you ask me. I recall riding the elevator at MLB Productions when they had the multi-million dollar offices and editing facilities at Chelsea Market back in 2000. With me for the brief ride were several MLB executives visiting from distant Park Ave., among them newly-crowned MLB commissioner Rob Manfred. One of his cronies noticed the backlit baseball sculpture along one side of the loft-style lift. It was a distressed stainless steel baseball—the kind of bespoke trinket sculpture that billionaires request in their elevators. The oversized ball had stitches gouged out with a plasma cutter, letting the red light behind the shield-like ball glow through a sumptuous industrial red. “Hmmph,” said the suit guy from Park Ave. “I wonder why they chose red?” Silence. The door opened and we spilled out into the lobby which had a plexiglass tower filled with official baseballs each one with the required 108 stitches of coral red thread. Apparently Mr. MLB Muckaluck middle-management attorney had never seen a baseball before? Probably not. Yes, he’d seen a ball. But not the stitches, your honor.

That same barrister buffoon and his golf clubs will no doubt be attending the 2014 MLB Winter Meetings looming on Pearl Harbor Day in San Diego. There will be plenty of laundry-switching and transaction column tumult the week before the meetings. There always is. It’s a time of flashbulb moments.

Who among us does not remember exactly where they were and whom they were with when the Don Slaught-to-Pittsburgh trade went down on December 4, 1989? The Yankees gave up Sluggo in exchange for preppy reliever Jeff Robinson and veteran hurler Willie Smith. I was standing in a restaurant supply store on the Bowery, returning a chipped ashtray from Tortilla Flats. The store guys had a friendly pissing match ongoing with the Tortilla Flats owner, himself a baseball demento. My boss would send me with random and obscure single items to return in pursuit of some comical and ball-breaking “discount” and the restaurant supply guys would respond to Tortilla Flats management with, say, a festering box of hot sauce PCPs (Portion Control Packets) with obscenities scribbled on the box and porn images etched onto the PCPs. This almost daily reprobate chessboard commerce was punctuated with WFAN-style baseball trade news, and on that soggy Monday the dudes at the Bowery store—a split of Yankee and Met fans—lamented the departure of Slaught. I was overjoyed as I left the store and trundled the insulting boxes into the double-parked company van. The Bucs had stolen Doug Drabek from the Bronx two seasons before, and now we had a tough-guy catcher to boot. Life was good as my team was assembling a roster that would rattle of three straight divisional titles to open the next decade.

The latest offseason flashbulb went off when I saw the news that Toronto had signed free agent catcher Russell Martin. The news came over the ESPN lower-third news ticker and I was in a Rhinebeck tavern with a busker guy. He plays snippets of songs on his saxophone on the main corner and hails from Millbrook but is not related to Timothy Leary. Instead, he told me he was a distant relative to Dr. Frances Tumblety, one of the main suspects in the Jack the Ripper case. Tumblety was a 19th century mountebank who as a young man in Rochester reportedly sold pornographic booklets to boatsmen plying the nearby Erie Canal. He soon became a fake doctor selling quick-remedy “Indian herbs” and other quack fare. He lived in Major League cities like Detroit, St. Louis and Baltimore with New Orleans and London thrown in for minor league measure. He had a giant mustache and was sometimes trailed by a formidable pet greyhound on a leash, according to various accounts. He was pinched often for “gross indecency” and pick-pocketing and various sleazy charges. I get the feeling if Tumblety were around today he would have been a sports agent.

As Pablo Sandoval hands down his big free agent decision this week, it is hard to picture Kung Fu Panda in a Red Sox uniform. The Padres wouldn’t be so bad a choice as a fellow mission city, but I get the gut (something he and I both share) feeling that his powers are related to the physical environs of San Francisco. Take him away from the Tadich Grill and City Lights Books and Sandoval transforms into Boston’s second coming of Carl Crawford. Mark my words. You heard it here first. Hash-tag: Spike was right.