A Pox on the American League 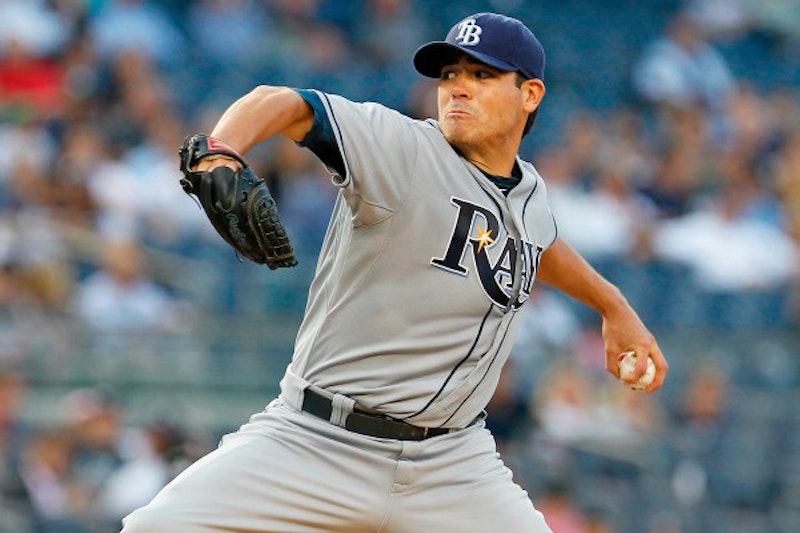 I’m not wishing ill will on the American League’s contenders (save for those in New York and Boston of course) but someone has it in for the junior circuit. Injuries were baseball’s biggest story in Spring Training and the rash of ailments and disabilities hasn’t slowed with the start of the regular season.

The American League East has four teams vying for the division crown, with the Blue Jays bringing up the rear. The Jays’ faint hopes for 2014 took a hit right off the back when shortstop Jose Reyes predictably suffered a hamstring injury in the first week of the season. Reyes missed most of 2013 to injury and this year doesn’t look different. His injury has left the Jays with 29-year-old rookie Jonathan Diaz at shortstop. Toronto may be getting off easy. After spending nearly half a billion dollars on offseason upgrades the Yankees are currently running out a lineup with Yangervis Solarte at third, Francisco Cervelli at first, and the ghosts of Derek Jeter and Brian Roberts up the middle. Mark Teixeira, who missed most of 2013 with a wrist injury, has already succumbed to a hamstring injury. New closer David Robertson is also suffering from a pulled hamstring. Both players are on the 15-day disabled list.

The Orioles, who are already playing without All Star third baseman Manny Machado, have played most of the first week without All Star shortstop J.J. Hardy, sidelined by back spasms. David Lough, Baltimore’s newly acquired left fielder and leadoff hitter, suffered from a neck injury in the spring and could be headed for the DL. The Red Sox opened the season with Shane Victorino on the disabled list and lost third baseman Will Middlebrooks to a calf strain in the first week. Middlebrooks came into the season after a red hot Spring Training performance but will now sit idle for at least two weeks. The Tampa Rays, considered by many to be the divisional favorite, opened the season down one starting pitcher with Jeremy Hellickson sidelined until at least June after January elbow surgery. Matt Moore, Tampa’s talented southpaw, left his Monday evening start in Kansas City with elbow discomfort. Moore has been placed on the disabled list and has a scheduled appointment with Dr. James Andrews.

The injury bug extends beyond the East Coast as the Rangers, Athletics, Tigers, and Royals have all felt the sting in the season’s early going. Detroit has lost shortstop Jose Iglesias for most of the season and left fielder Andy Dirks could be out for months. Oakland lost starting pitcher Jarrod Parker in Spring Training to Tommy John surgery. The Royals spent somewhat frivolously in the offseason for second baseman Omar Infante. Now Infante is suffering from what’s being called a “jaw strain” and a head injury after getting beaned by Heath Bell earlier this week. The Texas Rangers have been hit hardest of all as starters Derek Holland and Matt Harrison and second baseman Jurickson Profar are all on the disabled list. After a spending spree to add offense the Rangers went the bargain route bypassing Ervin Santana to add free agent Joe Saunders to eat some innings. Saunders was hit on the left foot by a line drive in his first start and is now also disabled.

The baseball season is often described as a marathon with pretenders dropping out of the summer-long battle of attrition. The teams that can best maneuver through these early season shortcomings will still have a chance to take the pennant.