The Yangervis Solarte All Stars

Like every season, some obscure minor leaguers are helping MLB clubs. 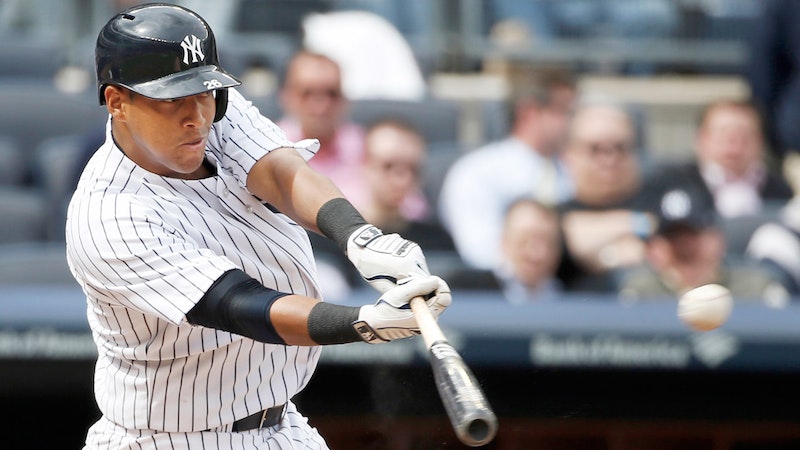 I tuned into the Yankees/Blue Jays matchup on the first Friday of MLB’s regular season expecting to see Toronto’s artificial turf giving fits to New York’s thirtysomething keystone combo of Derek Jeter and Brian Roberts. Instead I found the unlikely, and equally unheard of, combination of Dean Anna and Yangervis Solarte manning the middle infield for Joe Girardi’s squad. Who? Of course Solarte laced a pair of doubles and drove in three in route to a 7-3 win for the Yanks. The Yankees’ broadcasters were gushing at Solarte’s exploits as I surfed over to baseballreference.com in search of more information on New York’s unknown infielder.

The 26-year-old Solarte currently leads the American League with six doubles and is hitting over .300 in the small sample size that is early April. The former Twins and Rangers farmhand has started games at third and second for the Yankees. While Solarte has been an early season revelation, Yankees fans, and their homer broadcasters on YES, should pump the breaks before predicting big things for the Venezuelan. In eight minor league seasons Solarte amassed 41 home runs, 33 steals, and a .733 OPS. Solarte’s sudden rise to prominence in the Yankees’ lineup says much more about the sad state of New York’s infield than it does about Solarte’s long-term big league viability. Solarte strikes me as similar to former Red Sox infielder Pedro Ciriaco, another career minor leaguer with underwhelming numbers, who emerged from nowhere to hit .293 for Boston in 2012 and just as quickly crashed back down to Earth.

Chris Colabello made his Major League debut last summer with the Minnesota Twins as a 29-year-old rookie. Colabello’s feel-good story was short lived as he hit just .194 with a .631 OPS in 55 games. Colabello spent seven seasons toiling in the Independent Canadian-American Association before Minnesota gave him at shot at Double-A in 2012. He’s made the most of the opportunity so far. After a career mired in obscurity Colabello now leads the American League with 15 RBIs and is tied with Solarte for the lead in doubles. Colabello’s RBI total will soon be overtaken, but the career minor leaguer figures to get plenty of at bats for the offensively-challenged Twins.

The offseason trade of Dexter Fowler opened up a spot in the Rockies’ outfield for Charlie Blackmon. Colorado selected Blackmon in the second round of the 2008 amateur draft and watched as he steadily ascended through the minor league system. Blackmon made his big league debut in 2011 but served as a reserve for his first three seasons. The outfielder set career highs in 2013 with six home runs, 22 RBI, and a .803 OPS in 82 games. After his first two weeks as a starter Blackmon leads the National League in hits and is batting .468. Blackmon will soon hit a dry spell but his career minor league average of .309 and on base percentage of .376 suggests that the 27-year-old can be a real contributor in Colorado. Meanwhile in Houston Dexter Fowler has battled injuries and is off to a slow start for the Astros.