Our current culture denies and suppresses masculinity and men are guilty for simply being men. 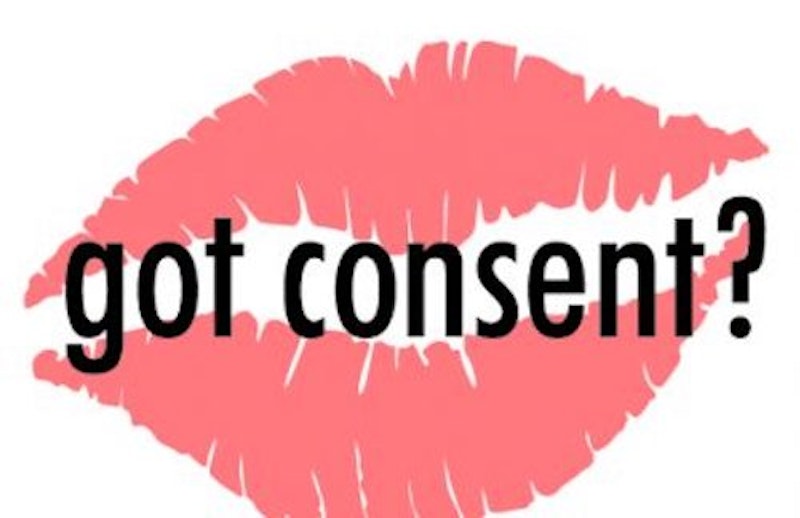 Have relationships between men and women completely descended into the realm of absurdity? Judging from the latest social experiment, it would appear so. As a reaction to the #MeToo movement, Michael Ellsberg has decided to create a “Consent Pledge,” and has invited men to sign it. The pledge is self-explanatory. It’s only “for men who have sex with women.” It reads as follows: “I commit to making sure all my sexual encounters are fully consensual. I commit to getting a clear verbal or non-verbal ‘yes’ from my sexual partner(s) before sexual escalation. I commit to not pressuring her to say ‘yes,’ to stop if she says ‘no,’ and to ask if I'm unsure. I commit to stopping if—in my most honest assessment—I don't believe that she is sober enough to give full consent.”

In my previous commentary on the #MeToo movement, I’ve pointed out its forceful collectivism, “drive-thru” spirituality, and the destruction of eros. Ellsberg’s campaign, which in The New York Times article is dubbed #MenToo, is no different from the sterile and bleached environment the #MeToo has created.

Ellsberg’s “Consent Pledge” and intent are not unfounded. Our current culture denies and suppresses masculinity and men are guilty for simply being men. Women have taken advantage of that and completely changed the way relationships between men and women function. In this bizarre act, women have made themselves into victims, damsels-in-distress, and feminazis all wrapped up in a very confused bow. As a result, women have engaged in misandry and by implication, sexism. This change in behavior has put men on edge. They don’t know how to act around women anymore. “If I say a joke, will it be taken the wrong way? If I smile at a woman, is that considered sexual harassment? If I open the door and be courteous, will she look at me with feminist disdain?”

Yet there’s something really strange about Ellsberg’s efforts. He admits that he’s created this because he realized that he was, on many occasions, “that guy” who has forced a certain reaction from a sexual encounter. He’s seen the error of his ways and wants other men to do the same thing and become better men. But, just like the transient healing of #MeToo voices, this is a shallow morality and spirituality. Shouldn’t this be a personal and private issue? That’s one part of this big problem—private and public spheres of life have become a muddled mess.

Second, the “Consent Pledge” is perpetuating the ridiculous notion of “toxic masculinity.” It follows the “logic” that men are inherently bad and women are inherently good, therefore men should continue to apologize for their existence. If anything, Ellsberg’s pledge reveals a certain kind of weakness and signing such a document only emasculates men. Furthermore, what woman would possibly find this in the least bit attractive? Paradoxically, the “Consent Pledge” lacks masculine thrust despite the fact that its only objective is sex.

Third, monitoring a woman’s behavior and cues while a man is trying to explain to her the erotic steps he’ll be taking is ludicrous. Ellsberg uses the sexual negotiations of someone who engages in a BSDM exchange as an example to be followed. The problem is this reduces a relationship to an exchange of power. It also destroys the reality that time is always unfolding and because of that constant movement, each moment will be different. Each caress, each gaze, each movement of the body will be different from the other. People should not be treated like commodities on a stock exchange and Ellsberg’s efforts are doing that.

We have to ask who is this “Consent Pledge” really for? Ultimately, Ellsberg is speaking to men who are only interested in sex but not a relationship. And yet, anyone who’d sign this pledge is more of a pajama boy eunuch drinking his cocoa than an actual man. The intent of the pledge alone reveals a weak man who sees a woman only as a sex object and not in her entire being. By trying to be “nice” and “good,” a man who’d sign a pledge like this is saying that he’s only interested in sex, so he’ll do whatever he has to do in order to “get off.” And yet, even “getting off” isn’t the objective. Rather, what’s more important is to look like a man who cares.

Ellsberg’s “Consent Pledge” only works for shallow men and shallow women who are happily part of what we can call a “hook-up culture.” Tom Wolfe wrote about this in his 2000 essay, “Hooking Up.” Almost 20 years have passed since Wolfe wrote it but he singled out a phenomenon that is still present in our society. As he writes, “In the era of hooking up, ‘first base’ meant deep kissing (‘tonsil hockey’), groping, and fondling; ‘second base’ meant oral sex; ‘third base’ meant going all the way; and ‘home plate’ meant learning each other’s names.”
The notion of who the other person might actually be is irrelevant and, at its core, this is precisely what Ellsberg’s campaign is all about.

If the intent is a hook-up, fine, go ahead. But this shouldn’t be a moral crusade. There’s nothing moral about it, and men who’re signing the pledge are not chivalrous knights. Their intent is to conspicuously show their “enlightenment” of being “evolved men.”