Sex Scenes in Literary Fiction are the Worst

I don’t want to read John Updike’s erotica. Did anyone, ever? 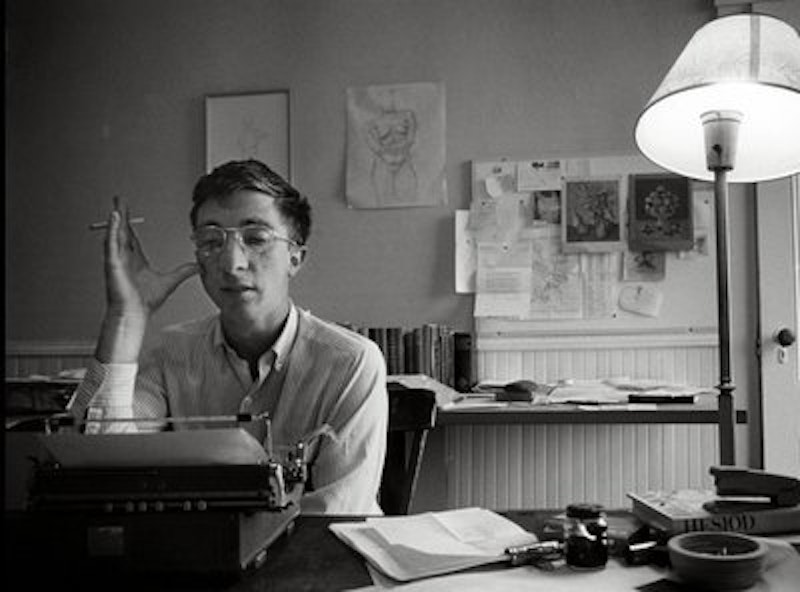 Sex scenes, particularly those composed by hetero American-white cismales, are just this side of unbearable, which is why I’m glad nothing of the sort plagues the fiction of Flannery O'Connor (aside from Enoch Emery’s fursuit, I suppose).

I mentioned O'Connor because she wrote dialogue that rendered people as they are, not as we wish they were. Conversations are stilted and awkward, characters quite obviously ignore what other characters are saying… this, to me, is the essence of human communication. “Only connect,” urged Forster, but life, like Craigslist, is all about missed connections.

Whenever sex happens in fiction, no matter the genders of the characters or the type of relations they’re about to have, I can’t shake the fact that I’m witnessing a bit of just-so wish fulfillment. To me, the truth of sex is the emptiness and vulnerability experienced moments after its conclusion. You know what I mean: the lonesome spell when you realize your fondest hopes of self-gratification through other-directedness yielded the same result as surreptitiously stimulating your genitals with the spine of a textbook while your fellow second graders focused on sadness, ennui, and good old-fashioned intra-class hatred.

Even so, I need to make sure I have some steamy sequences on hand for My Big Commercial Sell-Out Project™ (date and advance TBA). Here goes:

For Better or Worse: The couple lived in a small apartment and they both worked jobs of some kind. Neither job was satisfactory but it was “just for now,” right? We’ve all been there. Anyway, it was around 11:30 p.m. one weekend night when they just bumped up against each other on the not-quite-queen mattress and box springs they shared. Something led to something else and by 11:36 p.m. they were both in the cramped master bathroom, cleaning up.

Long-Distance: They had met—virtually, anyway—on a sex site and exchanged dirty texts and emails for a few months. They fancied themselves kinky and open-minded but this was pure fantasy; in truth, they were both vanilla and desperately in search of the “traditional picket fence thing,” as they called it. Eventually they got a hotel room, and the sex they attempted to have there just didn’t do it for either one. They left it at that, as will I.

Five Shades of Beige: The commuter obsessed over the latest bit of safe, socially-sanctioned erotica that had hit the shelves, reading the various books in the series in especially conspicuous places. Perhaps a kindred spirit will see me reading this and strike up a conversation, thought the commuter. Eventually a kindred spirit did precisely that, only it was a bedraggled and altogether worse-for-wear old person who received the cold shoulder. The old person, who was actually a somewhat famous academic, was wounded by the snub.

Polyamory: They had a polyamorous family, which is a very good idea in theory. Depending on the month, there were either seven or eight of them, not one of whom was ever attracted to the others. To compensate for this lack of attraction, they passed the time by writing arguments in favor of polyamory, few of which mentioned sex. The benefits were obvious and manifold: polyamory could destroy patriarchy, ease the environmental burden imposed by single-family living, improve child-rearing, and so forth. It couldn’t get any of them off, though, which in this one respect made it precisely like monoamory.