Why are we all chasing after them? 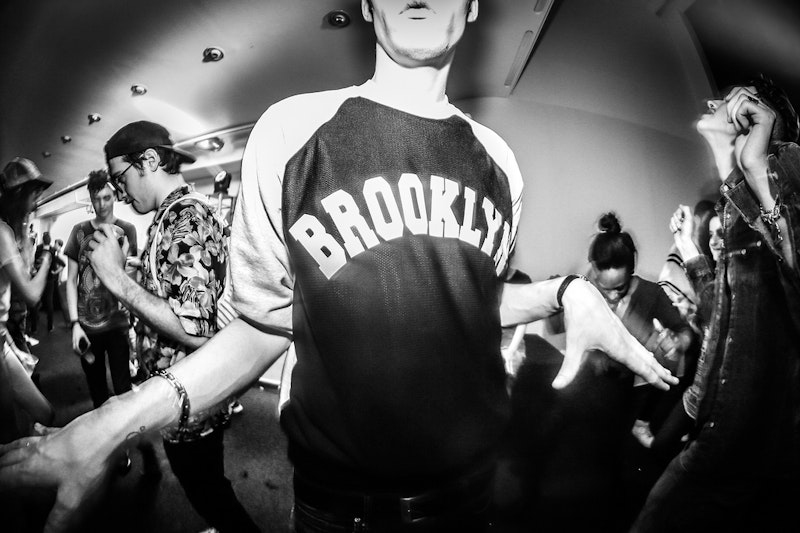 I’m dancing by myself in a dark corner at the club when a beautiful black girl comes up to me, says she’s drawn to my energy and we click instantly. She offers to buy me a drink and I never say no to a free cocktail, so we head to the bar and chat like long-lost besties. She tells me straight up that she’s struggling with her blackness because the white side of her family hates her black side, they’re racist, so she escaped them all and is trying to sort through her shit. I’m listening to her because I totally understand where she’s coming from, even if I’ve never really struggled with my blackness. I understand because my fabulous nephew is biracial and his father’s side of the family has said some salty stuff about black people/my sister, so I’ve heard the story before.

We talk about the types of guys we like and she tells me that her main type is white guys with blond hair and blue eyes. I’m frozen, particularly because at the exact time she tells me this, torch-bearing white nationalists are marching through the streets of Charlottesville, all in the name of preserving and building a border around whiteness. Somewhere deep inside she must know that her obsession with white boys with blue eyes and blond hair stems from her complicated relationship to race and search for white approval. But we’re in the club, the music is popping, I’m 95 cocktails deep, and maybe now isn’t the time to delve into the optics of white supremacy.

But the conversation sticks with me because of my own past and present with white boys, and it sticks with me because nearly all my friends of color have stories to tell about white boys. It’s an ongoing topic, an endless loop. One of my best friends and I talk almost every week specifically about some corny thing a white boy has done this time, and there’s always something. I’m not against interracial relationships and don’t want to say that a person of color who dates a white person hates themselves, even though self-hate can definitely be part of the scenario. There’s a bit more nuance here, and the nuance is that we all—all of us, including people of color—have a lot of work to do to deprogram our brains and unlearn white supremacy. White supremacy is reinforced in us through every medium, every day.

Let me put the clock on the table: people of color are almost always talking about how corny white gay men are, especially when it comes to dating black and brown. The problem with white boys is that they’re often so caught up in and blinded by their own whiteness that they can’t see beyond their own pink cocks. Almost all of us have stories about something that a white boy said that made us feel less like people and more like a fetish—a “big black cock”—instead of a human or an artist or a brother or a friend. And when we complain about it the complaints always fall flat.

Yeah, it’s only Grindr, chill out.

No matter how loud we scream about how offensive it is when corny white boys fetishize us or tell us we’re not desirable, we still chase after them. But what are we doing to date each other more often?

A few weeks ago I went to an empowering cocktail hour for brown queer and trans folks. I felt so activated that when I got home and opened up my Grindr before bed I changed my filters so that only people of color showed up on my screen. I wrote almost everyone but none of them replied. Not a single one. I get it: maybe people weren’t interested, and maybe I wasn’t their type, and maybe I was too feminine for them, and maybe whatever. But what it felt like at the time is that even people of color were telling me “no” because they are all chasing white. It’s an irrational thought, I know, but that’s what it felt like.

In essays about sexual racism, people write about how racist and hurtful it is when white boys articulate that they aren’t interested in anyone who isn’t white. But here’s the gag: white boys can date almost anyone they choose because white privilege is real, and white boys are by and large the culture’s standard of beauty. It’s not the same for the rest of us. When you’re black or brown you deal with whites who don’t date black and brown but you also deal with black and brown folks who won’t date you, either, somehow all of us competing for white boys.

A few months into my relationship with Summer, my most recent ex, I had to explain to him why it was so exhausting for me to go to gay clubs with him. I’m at the club every weekend, popping, locking, and turning looks because it’s the one place where I get to totally tune out of my thoughts, meditate with myself, and it’s also where I get my ideas, all to the backdrop of good music. I tell Summer that it’s exhausting for me to be with him at gay clubs because guys would literally throw themselves at him as if I wasn’t even there, even though it was very clear we were together. I had to explain that his experience in a gay club is so much different than mine—his one of hyper visibility and mine of invisibility.

If you don’t talk about the issues then you’ll be blindsided if your white partner chooses the white side of the fence.