Will this obsession with Communism ever die? 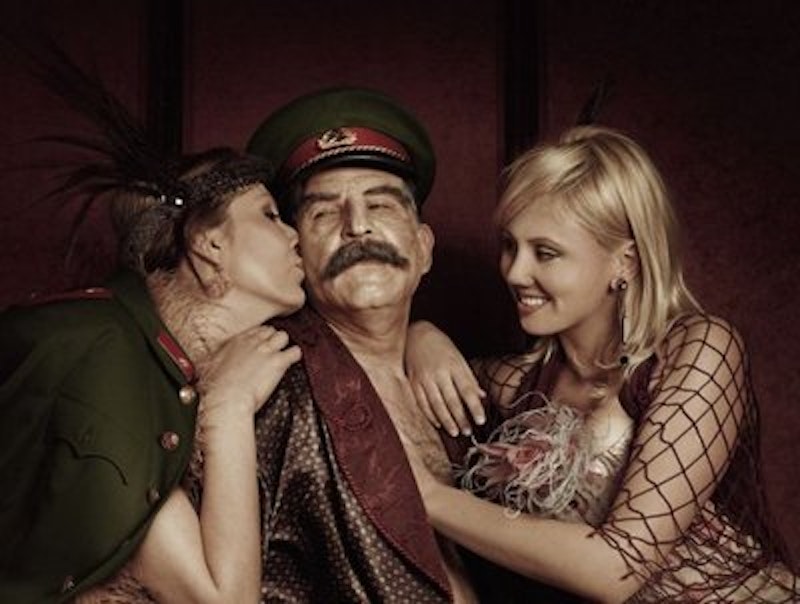 The slobbering and orgasmic love affair of the American Left with Marxism and Communism is nauseating. The leftist ideologues have repeatedly made excuses for the totalitarian regimes responsible for millions of deaths and their praise of Communism is becoming more and more absurd. Consider the recent New York Times article, “Why Women Had Better Sex Under Socialism,” which claimed that women who lived under the Communist regime had a much better sex life than women who lived in the Western democratic countries. In other words: socialism good, capitalism bad.

Examples and “testimonies” in the article sound like they’re straight from propaganda booklets. According to the American Left, life should be a beautiful utopia that passes with days of collective efforts of farm work, accompanied by songs praising the State, ending with a satisfying roll in the hay. This is what a return to nature looks like without any aesthetic or ethical experience.

Marxism long ago ceased to be an economic theory. Rather, what we have before us is cultural Marxism, and such an ideological form insists on taking its tenets into every possible sphere of life. The biggest issue with these arguments and false presentations of sex under Communism is the fact that the human body is treated as a commodity. Ironically, the Marxist cannot escape his biggest enemy, capitalism, because the sex act is always connected to work and the supposedly equal exchange of services. The added element to this equation is pleasure. To a Marxist, pleasure has nothing to do with intimacy. Pleasure is not part of the private sphere of life. Rather, it’s open and in the public square. This is the central tenet of the sexual revolution—sex is political and public.

The combination of sexual behavior and Marxism was implemented by Wilhelm Reich, a German psychoanalyst whose ideas about sex caused his expulsion from the psychoanalytic community, specifically by Freud’s daughter, Anna. Reich spoke out against National Socialism before its intents were clear and visible to everyone else in his book The Mass Psychology of Fascism. Breaking away from Freud, he reorganized the structure of ego, noting the significance of the human body and its expressions in the development of personality. Reich developed the idea of “armor,” which indicated the repression of human potential dependent on the way the body moves. Sex contained what he called “life energy.” Not so bad, right?

Unfortunately, Reich substituted one ideology for another, and his legacy lives on. He influenced many artists, thinkers, and writers. Writing in the Village Voice, Norman Mailer praised the “virtues” of Reich’s The Function of Orgasm. Serbian film director Dušan Makavejev made a film titled W.R.: Mysteries of the Organism (1968-1971), an ode to Reich. At the beginning of the film, we’re informed by the opening titles that “all his life Reich fought against pornography in sex and politics. He believed in work-democracy, in an organic society based on liberated work and love.” Very quickly the sequence cuts into three main characters, playing with an egg yolk while a Macedonian folk/peasant song provides the background to this action.

The film is a documentary, a collection of images of performance art, and a fictionalized story of a young woman named Milena who supports Reich’s theories and seeks a socialist revolution through Reichian liberated love. The viewer’s urged to practice liberated love, and the call to action is “comrade lovers, fuck freely,” while the images of sexual intercourse dubbed as “Sex-Pol Films” float in a kaleidoscopic fashion across the screen (the footage that Makavejev used was from Woodstock).

W.R. is certainly a film of its time. Tuli Kupferberg, an artist and member of the anarchist band The Fugs, is running around the streets of New York, spouting some kind of confused anti-American nonsense; Jackie Curtis, a transvestite seen in Andy Warhol’s films, strolls along 42nd St., while eating an ice cream in a sexually suggestive way, and talking about achievement of orgasm.

An artist, Betty Dodson, gleefully discusses masturbation, with a background painted image of a nude man, holding his erect penis; an editor of Screw magazine, Jim Buckley, allows sculptor Nancy Godfrey to take a plaster cast of his penis. Makavejev doesn’t have to offer any commentary: Buckley’s blushing, embarrassed that this woman is rubbing his penis, and Godfrey also feels ill at ease. But these are the 1960s and you can’t have too much liberated love, whatever that may mean. And yet, even with the limitation of the zeitgeist, we can see the symbolic and real continuation of such an attitude toward sex and an obsession of the current Left to construct a Marxist universe in every action, every utterance, even every tweet.

In a bizarre way, the Marxist has dehumanized and placed himself into the economic mechanisms of both capitalism and socialism. True freedom comes from the affirmation of our existential and interior selves, and a human will fail at life if he thinks that foundation of his being is a set of economic principles. A human, then, is a product reduced to body parts (like the wrath of the pussy hats—a collective vagina dentata ironically without any teeth?). Will this obsession with Communism ever die? For an ideologue, it never will, because he’s willfully blind to the history of violence and evil. But those of us who lived through Communism, and those who understand the destructiveness of this ideology must make them see.