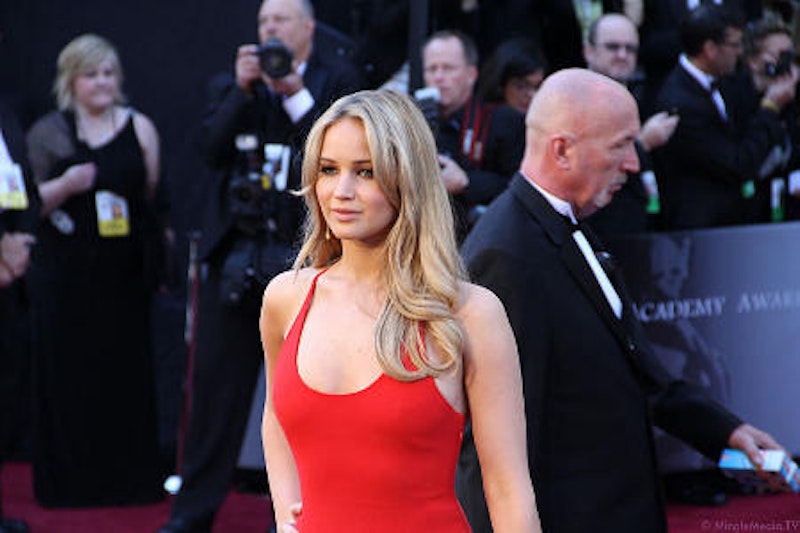 The plan was to write about the ephemeral flavors of Mello Yello—the local started stocking it recently, and I bought a bottle today—or to belly up to the trio of tunes I’ve been circling for the next Triple Threat column. Ultimately, though, my Facebook news feed won out, because all anybody wants to share today are think pieces about why anyone actively seeking out leaked, naked snapshots of actress Jennifer Lawrence should be drawn and quartered, burned at the stake, left in a gutter to die. The fan narrative so rapidly coalescing—or shoveling a moat—around this particular “scandal” belies Lawrence’s people’s princess aura. I haven’t clicked the links or Googled the incendiary pictures, and have no plans to do so; really, I’m just dropping by today to roll my eyes, cop a few cinnamon graham crackers, and blithely coin the phrase “porn shaming.”

Second, the online wags that so eagerly engage in “porn shaming” and its motley kin—slut-shaming, trials-by-media, crucifixions so lockstep they can seem by-committee—are the same outlets that perpetuate the illusion that celebrity idolatry is a worthwhile national pastime, transforming a beautiful, talented, and/or fortunate few into paparazzi-stalked demigods. This creates a feedback loop where we—the editorial we and the cultural we—elevate these gifted strangers to impossibly high pedestals, then chastise one another for being so unconsciously obsessed with them that we pounce whenever there's an opportunity to see them unclothed, literally or figuratively speaking. All this mania: in an ideal world, we'd shrug our shoulders and then turn back to the specifics of our own, fleeting lives.