Men I’m attracted to fetishize me. 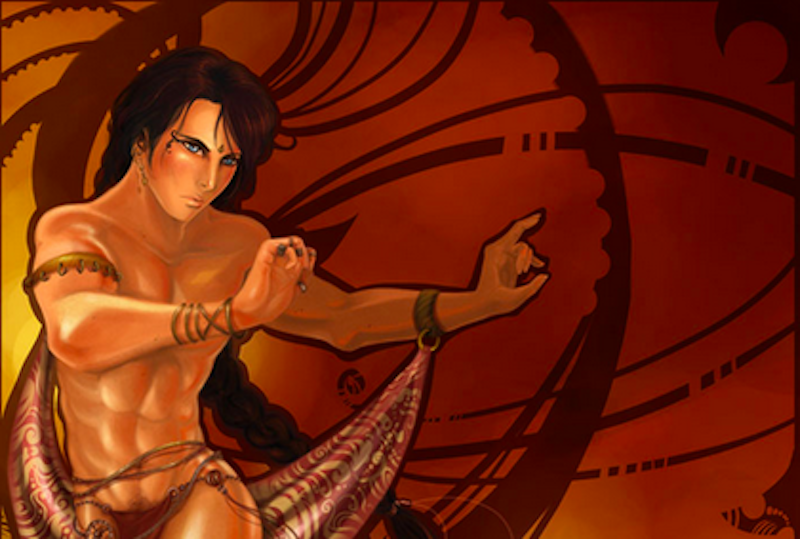 It happened three months after I moved away from home and started my first semester of college. I used to float through high school with my sweater pulled tightly around my face, because no one noticed me. Actually, I was noticed but not for any reason of merit. I was the token closet case that high schoolers can pick out like a shark can smell blood in the water. I had horrendous acne, braces, and would only wear gym shorts and flip-flops to school. In return, my classmates rarely noticed me as a human being with feelings let alone as a sexual object that could be worthy of romantic affection.

I knew things had changed when I attended the first home football game during a college break. Acquaintances and people I hadn’t had a class with since sophomore year approached me and said, “You look so different! College has been great for you!” I was flattered and perplexed. The only thing noticeably different about me was that my braces were removed and I stopped gelling my hair so that it constantly looked wet. Suddenly, people were texting me asking me to hang out. They wanted to know about my life, what I had been up, if I was single or not. People seemed to realize I existed.

Fast forward a year and a half and I’m making out with a boy on his bed. He begins unfastening the buttons on my Oxford, his cold hands caressing my waist. “You know,” he starts, “I’m not usually into guys as gay as you are, but you’re just so damn pretty.” Instant boner kill. This has unfortunately become a regular occurrence. Men I’m attracted to fetishize me. They think I’m pretty cool, “for a so-out gay dude,” whatever the fuck that means. They remind me that they’re usually into muscle-frat-bros with six-pack abs and glutes the size of watermelons. They say that they’re so progressive by going out with me, you know, “because I’m so pretty.”

I’m sitting at a bar in Chicago, just after I’ve turned 21. Happy hour is long over and throngs of people have begun filing in from the summer streets. I order a Fireball whiskey and Coke and look around to see which table my friends have picked out for us. As I spot them, I see the bartender approach me with my drink. “How much will that be?” I ask, reaching for my wallet. She winks at me and responds with, “For a handsome man like you, it’s on the house.” I ask her if she’s sure and she nods, walking away from me. Although I’m happy I saved about $7, I can’t help but feel like I should pay.

It’s said that looks can open up doors for people. That a pretty face will have the world by the balls. I’m not completely on board with that idea. I believe that being kind-hearted and talented will get you farther in life. But I do realize that people treat you differently when you become an object of admiration. I understand that I’m nothing to gawk at. I’m not the perfect definition of male beauty by any means, but my transformation from pubescent disaster to moderately appealing young adult has left me with the feeling that if you look a certain way, you can attain almost anything for nothing.

Instead of feeling flattered by people’s kind words and actions, I was more jaded. I was still the same person on the inside. I was still the same boy who used to get teased for listening to show tunes. Why couldn’t those around me have noticed me then? Back when my sensitive teenage sentiments could have used encouragement. Our society is besotted with the idea of exterior beauty. We revere and prize those people who are able to attain it, as if they’ve accomplished anything but winning at the genetics lottery. What is most troubling is that we give a certain sort of respect to those who are physically attractive. And when that respect is simply given away, it leaves you feeling emptier than before.