We Just Want to Live Our Lives 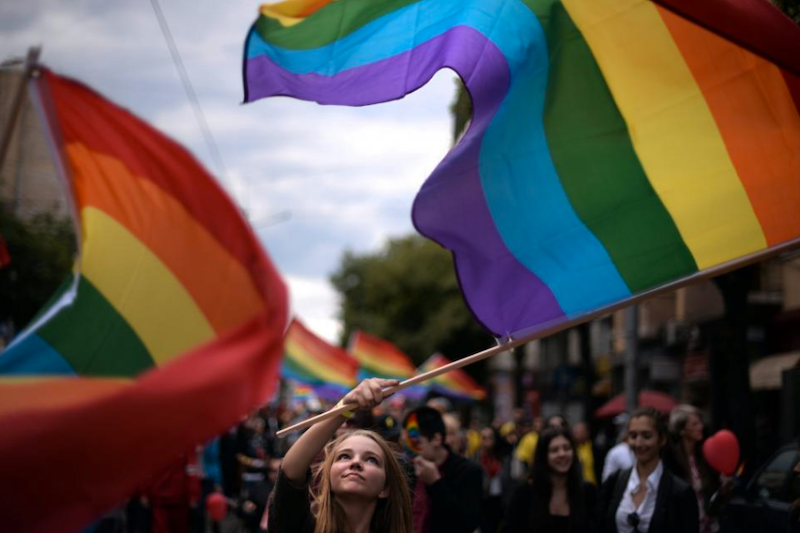 Someone please help me understand why we’re we still talking about gay marriage in 2017? North Carolina state Representatives Larry Pittman, Michael Speciale, and Carl Ford, all Republicans obviously, are the primary sponsors of a new bill called the “Uphold Historical Marriage Act” which, you guessed it, aims to strike down marriage equality in the Tar Heel State. The bill argues that the Supreme Court’s sweeping 2015 ruling that made gay marriage legal nationwide “overstepped its constitutional bounds.” Oh, and it quotes the Bible.

Let’s not even touch the fact that all arguments against gay marriage are ridiculous, even the religious ones. It boils down to this: what kind of a cold-hearted, mean-spirited person do you have to be to reverse a decision that, first, closed the chapter on the conversation about gay marriage in this country, and second, brought so much joy to folks in North Carolina who could finally wed their loved ones? Even if it is only symbolic, this is a bill that could break up families, and that doesn’t seem very Christian to me.

Conservative queens are always doing the utmost, and as far as I’m concerned this bill is cancelled. I’ll never understand people who make it their life’s goal to butt in and protest the way other people live their lives. If you don’t support gay marriage, Mike Pence, then don’t get gay married. If you don’t like immigrants—fine!—just keep your distance and don’t travel anywhere outside of your white suburban cul-de-sac! Part of being a good citizen is that you realize people are different, that we live all sorts of lives and that’s okay. It’s one of the first lessons you learn when you move into a dorm in college. Your roommate might be gay! Or really into video games! Or a loud sex-haver! My freshman year roommate was in ROTC and we couldn’t have been more different. But we got along just fine, and I’m sure both our worldviews changed in the process.

The other part of being a good citizen is that it isn't up to you to dictate how groups of people can and should live. I was walking around the other day while two of my male friends were holding hands and a guy walking behind them butt in front of me, smacked his teeth, and mimed like he wanted to hit them in the back of the head. It made me so angry because I thought, hey, they haven’t asked to suck your dick or said a word to you. How can seeing someone live their truth bother you so much that you feel the need to react to them? When I see someone in a terrible outfit I might disagree but I don’t punch them or draft a bill to kick them out of society, although maybe I should.

If one thing has become clear in our current political climate it’s that Side A of the political table, usually the conservative side, loves telling Side B what to do. In fairness, both sides scream at each other, but at least the left tries to open possibilities for everyone to live comfortably, to be their best selves, whereas the conservative side is almost always trying to restrict, remove, or repeal something. My queens: don’t you want to live in a world where everybody can just be themselves without worrying that their rights will be taken away? Why do some people get off on telling folks that they don’t get to be their best selves because you don’t see it for them?