Why Generation X is Missing

We are like the middle child in a family. 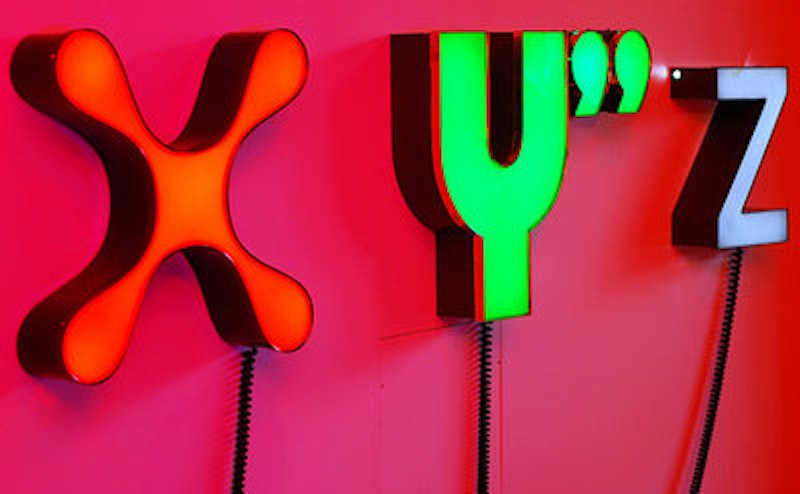 I took the kids to New York over Labor Day weekend and when we were in Times Square, my eight-year-old son pointed to a payphone and asked, “What is that thing?” I looked at it. I looked at him. I looked to see if that was in fact what he was pointing to, and I said, “The payphone?” And then he asked what a payphone was and my head exploded. It reminded me of the time I gave out Halloween candy dressed as Wonder Woman and a little girl dressed as The Little Mermaid said, “That’s a cool costume. What are you supposed to be?” (I responded: “Old, honey.”)

Born in 1969 and a reluctant member of “Generation X,” I can’t be someone who is old enough to start beginning sentences with “Back in my day…” can I? Actually, I guess I can. I read an article the other day called “Why Generation Y Yuppies Are Unhappy.” I liked it, thought it was funny, shared it even though I thought it was odd to use an 80s word to describe Gen Yers. But then I sent the piece to my sister, who’s studying for her Master’s Degree in generational studies, and that was stupid, because she wrote me a long missive about the things that were wrong with the article and how many more educational pieces have been written about generational differences. I didn’t want to argue back “but it had cute doodles and charts,” and besides, there was something she was entirely correct about: my generation was missing.

The writer, identified only through the pen name “WaitButWhy?” states that “Lucy,” the fictional Gen Y character in the story, was born between the late 70s and early 90s and that her parents are Baby Boomers born in the 50s. Um, ‘scuse me?

Hello. I’m Generation X. You just totally blew off our entire generation in your article, avatar man. You know why no one ever really talks about us? Because we aren’t complete drama whores like the generations before and after us. We are the under-the-radar generation. We aren’t “The Greatest” generation with Tom Brokaw and wars and the depression to talk about like our parents and grandparents, and we don’t have angst and drama and delusional entitlement issues described in the article about Gen Y.

We went to college like we were supposed to. We got careers like we were expected to. We got boring houses in boring suburbs and did all that other boring stuff that the “greatest” generation seemed to have given us as a set of values. We had kids, as so many do. Some of them are now Generation Y.  There’s no “big thing” that happened to us: while our parents had Vietnam, we children of the 80s remember the Challenger explosion and the Berlin Wall and John Lennon getting shot and although these things were significant, they weren’t generation shaping; as for 9/11, which of course affected all generations, I will remember it as a day I had to explain to my children.

I don’t mind being a part of the more peaceful generation. Generation X is like the middle child in a family. We see there’s a lot of drama coming from upstairs and downstairs, and we’re just going to go ahead and stay the course. Sure, we might do something wacky like get a tattoo or go climb a damn mountain or something, but we’re not going to have adorably illustrated articles written about us on the Internet.

When we say “Back in my day,” we mean a simpler, less complicated time where phones had cords and were attached to walls, the only electronic device was Atari and it only played one thing: Pong (two lines and a dot), TV had three channels, and our biggest worry was getting our quarter up on the top of the video game at the mall arcade, because that meant you got to play the next round of Pac Man, or in my case, Ms. Pac Man.