Publishing in the #MeToo era fraught by “morality clauses.” 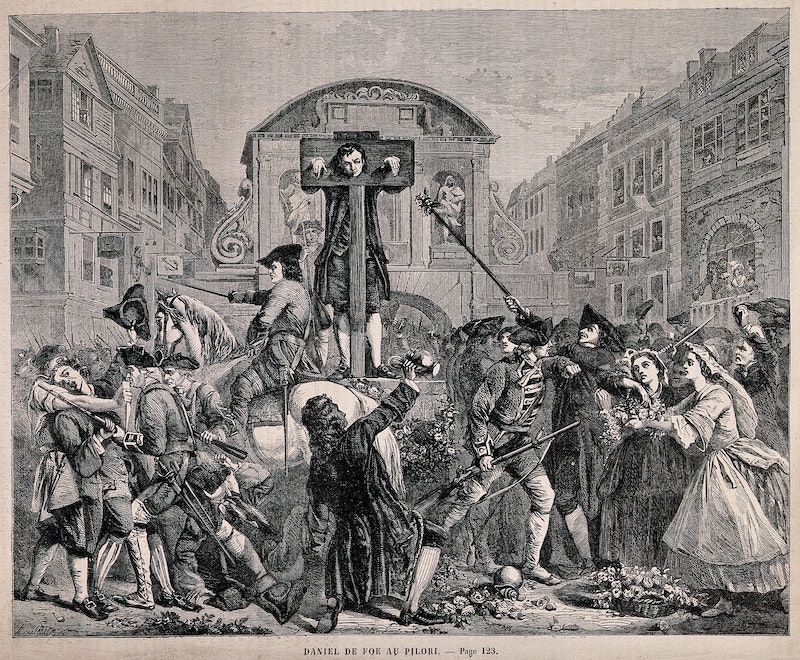 Louis C.K. remains “cancelled,” working out material not all dissimilar to his pre-2017 schtick. A tweet from New Year’s Eve put it perfectly: “At least we’ll always have Louis CK’s classic standup bit, ‘my IDIOT daughter doesn’t know how to wipe her ASS correctly and oh yeah I’m DIVORCED and I HATE MYSELF and I drive an INFINITI.’” It’s not an about face, but it does fit the pattern of disgraced celebrities making boneheaded comeback attempts: Kevin Spacey’s “Let Me Be Frank” may be the most egregious, his delusions of everyman stardom a lá Jack Lemmon dissected at length in a piece by Nathan Rabin.

So many of these entertainers have had work pulled from streaming services, fired from gigs, or completed movies shelved indefinitely (Gore starring Spacey as Gore Vidal, and Louis C.K.’s uh… “quixotic” project I Love You, Daddy). The Cosby Show was pulled from syndication, XXXTentacion’s (briefly) pulled from Spotify playlists, the list goes on and on. These moves were supported and viewed as obvious—few objected.

In publishing, it becomes more squirrelly: Milo Yiannopoulos and Mark Halperin had their contracts cancelled swiftly, their publishers overwhelmed by controversy and bad press. That was easy. “Morality clauses” are nothing new: as Judith Shulevitz wrote in an op-ed for The New York Times on Sunday, Fatty Arbuckle’s career was ruined when he was framed for rape and manslaughter in 1921, hence the entertainment industry’s legal ease in “cancelling” clients. But these “morality clauses,” often hinging on reputation and a murky definition of “public outrage,” are relatively new to the world of writing. There's barely any divsion between the entertainment world and publishing, and considering how easy it's been to dump people in Hollywood for nearly a century, it's surprising this is a shock to some writers, including the late Ursula K. Le Guin, would take such umbrage at being expected to behave like the persona their publisher hired.

She writes: “The problem with letting publishers back out of contracts with noncelebrity, nonreligious, non-children’s book authors on the grounds of immorality is that immorality is a slippery concept. Publishers have little incentive to clarify what they mean by it, and the public is fickle in what it takes umbrage at.”

Of course this doesn’t include plagiarism, which nixed books by Jonah Lehrer and James Frey (though his A Million Little Pieces was republished with boldfaced caveats about it being a work of fiction). But the industry’s still smarting from a disgraceful mid-20th century tarred by red-baiting, blacklisting and censorship of “obscene” books by canonical authors like Henry Miller and D.H. Lawrence. If social media existed during the red scare, how many now revered artists suspected of communist ties would’ve been “cancelled”? I can see a future where cookbook authors are fired for promoting the consumption of meat (save this URL: in 20 years we’ll look back at factory farming with the same disbelief and disgust we now see the anti-gay Reagan 1980s or the racism embodied by George Wallace in the 1960s).

Junot Díaz had his contract cancelled after allegations surfaced last year that he “forcibly kissed” a woman, but that pales in comparison to the behavior of authors like William S. Burroughs, Hunter S. Thompson, or even Bob Dylan, all of whom can be read and purchased at airports. Time is tight and time is everything: in an era when artists accused of groping or unwanted advances are lumped in with serial rapists, loose lips sink ships. It’s not entirely accurate to call the #MeToo era the new red scare, but its attendant hysteria is the same, and in a hysterical state, the public squads up waiting for the next celebrity they can put in the pillories of the press. Publishers have carte blanche to interpret their clauses creatively, and as Shulevitz writes, “Times change; norms change with them. Morality clauses hand the power to censor to publishers, not the government, so they don’t violate the constitutional right to free speech. But that power is still dangerous.”

Contract cancellations citing morality clauses also are not made public unless they come up in a lawsuit, and even then the public may not know, or more importantly, care. Entertainers are simply more famous, and when they’re exposed, it’s easy for the layperson to make an assessment. Compared to Louis C.K. or Bill Cosby, how many people do you think could name Junot Díaz by face? He’s a best-selling author—what about almost everyone else, toiling in obscurity and writing for a public that has long since found distractions other than reading books? They’re left without a paddle, only able to find reassurance in a clean past or anxiously awaiting the unveiling of some forgotten misdeed or devious secret. #MeToo reached its apotheosis with the Brett Kavanaugh hearings, and its cultural cache is fading fast. For now, writers should duck and cover, and think twice before signing something that could allow a Twitter frenzy to cripple your career.