The Man Too Manly to Play James Bond 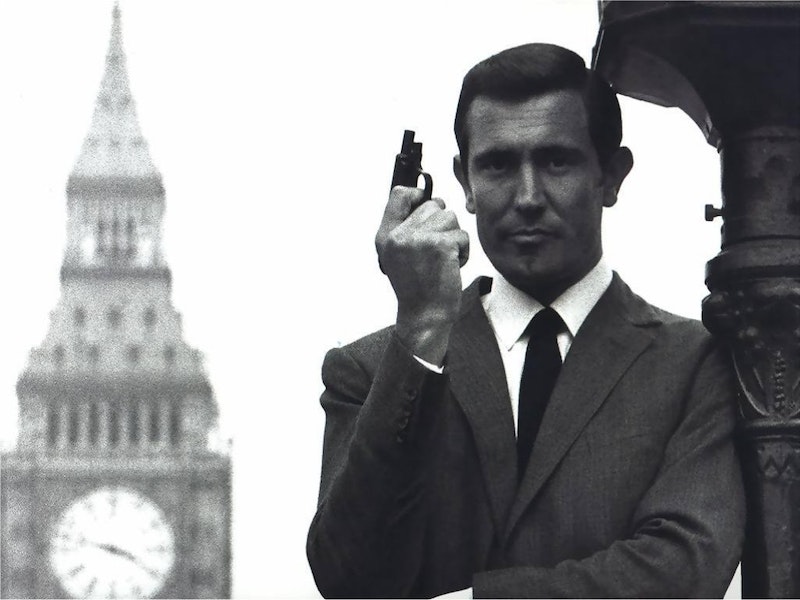 James Bond was recently in the news. Roger Moore, who played the iconic spy for seven films, passed away on May 23. And Becoming Bond, a fascinating and insightful new documentary about one-time Bond George Lazenby, has just been released on Hulu.

In their own ways, both Moore and Lazenby exemplify the best aspects of masculinity. Alec Dent has written about Moore as the “happy warrior” whose lack of cruelty was a tonic for audiences. A more obscure yet no less fascinating figure is Lazenby, subject of Becoming Bond. Lazenby, 77, was a male model and plays James Bond in only one film, 1969’s On Her Majesty’s Secret Service.

Becoming Bond touches on all the masculine qualities that are now considered threatening: fascination with the female body, the desire to test ourselves to the absolute limits of our physical and metal courage, the heartbreak we feel over women lost in favor of immediate and often misguided sexual conquests.

As a child in Australia, Lazenby had a kidney problem that led doctors to tell him that he would not live past 13. He energetically adopted a You Only Live a Few Years ethic, stealing his first car at the age of six and bringing snakes and bats to school. At 15 Lazenby lost his virginity to a neighbor on her kitchen floor—he had pretended his motorcycle was broken down in front of her house. “Her figure fascinated me,” he said.

After working as a mechanic and then car salesman, Lazenby got into modeling. He met and fell in love with a woman named Belinda, and when she moved to London, Lazenby followed. A modeling agent told Lazenby he should try out for Bond—Sean Connery had just given up the role—and he went to Connery’s tailor, stole one of 007’s suits, and bought a Rolex like Bond used. Lazenby had no acting experience. He got the part.

After earning a Golden Globe nod for the effort, producer Albert Broccoli offered Lazenby $1 million to sign a seven-picture deal as 007. Lazenby turned him down.

The actor’s quiet explanations for why he walked away from a massive contract reveals a questing soul who cares more about living a real life than fame. Just as Roger Moore seemed to understand the absurdity of the Bond character and conveyed that in a winking style of acting, Lazenby knows that life is about more than celebrity. As John F. Kennedy, a fan of Bond, once said, we are more than consumers.

When badgered over and over about how he could’ve turned down Bond, Lazenby sheepishly says he wanted to do other things—like motorcycle racing. He’s now happily married with a family.

Becoming Bond tells a story that wouldn’t be possible today, and the reasons why help explain why we’re in the middle of what some people are calling a “masculinity crisis.” Addicted to video games and overprotected by helicopter parents, many men today wouldn’t have a chance to live Lazenby’s life. They wouldn’t become a used car salesman—most teenage males don’t even have summer jobs anymore—yet it was Lazenby’s training in the car lot that gave him a grasp of the importance of hard work and confidence. Faking a flat tire to get close to a sunbathing girl the way young George did would now be considered “rapey” by social justice warriors. Impulsively traveling tens of thousand of miles in pursuit of a woman, as Lazenby did, would now interfere too much with the career path that obsesses Millennials. These days there are just too many blockades to boys and men acting like boys and men.

Yet as impressive as Lazenby’s cockiness is his vulnerability and spiritual center. At one point in Becoming Bond he openly weeps over Belinda, the pretty, wonderful woman that he was too selfish as a young man to marry.

With the death of Roger Moore the world has lost a great star and a great man. Still going strong is George Lazenby, who has no regrets about his life. He was just too much of a man to play 007.