The Struggles of Nina Bo'Nina Brown

Lessons to be learned. 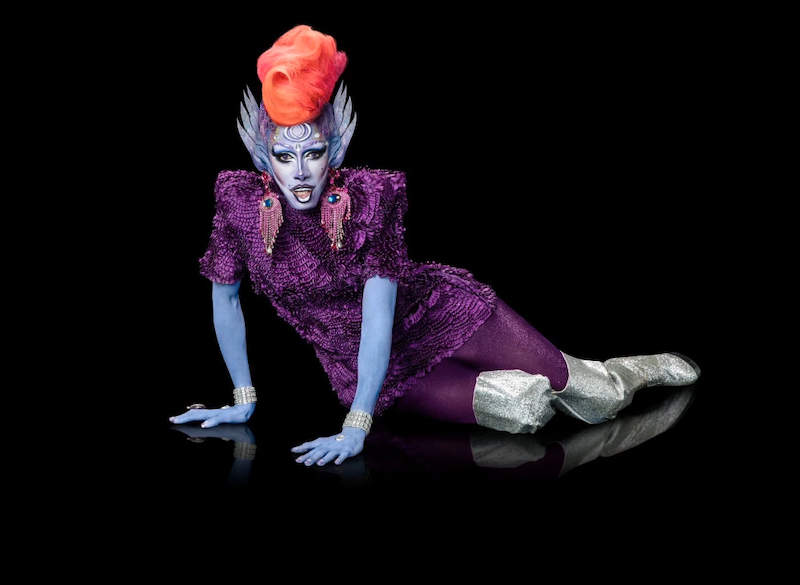 You were all so quick to come for Nina Bo'Nina Brown, a Season 9 queen on RuPaul’s Drag Race who was recently eliminated in part because of her “bad attitude.” The narrative the show built around Nina was that the other queens loved and supported her, but no matter how often they tried to prop her up, so to speak, Nina was always her own worst enemy. She was just so salty—salty McSalterson. Even if she won challenges and got all the compliments she never thought she was good enough. Nina always acted like there was some boogeyman out to get her, make her fail, set her up and trip her up in the end.

Some saw a serial complainer in Nina, but I saw evidence of someone who has lived a life of struggle, someone who has fought for every single inch of creativity and space and personality and selfhood they’ve got. I saw a black queer genius weighed down by a wounded soul, the endless story of how marginalized people create art and beauty in states of duress. The pain Nina felt on the show, the (internal) struggle she went through is very real for talented queer people of color. Just think of it: whiteness and white people are almost always celebrated, coddled, confirmed, congratulated. Whites are just “people”—“normal.” Everyone else is a surplus, an exception to the rule. Nobody asks white people how they got this job, or into that school, or that gig, or onto this television show. You made it because you’re white and amazing!

Sure, I wanted Nina to stop complaining and batten down her wig, but I know the struggle is deep. “Nina Bo'Nina Brown” is what happens to us when we are black and brown, queer and talented, ambitious and driven. There are countless “Nina Bo'Nina Browns” out there second-guessing themselves every step of the way, questioning their creativity and self-worth, and maybe not even reaching their full potential because they’ve been made to feel second class in nearly every aspect of their daily lives, from dating to family to their art.

A lot of creative people worry about “imposter syndrome” where you fear being outed as not as good as everyone thought you would be, which can have real financial consequences. But the struggle of not feeling good enough when you’re creative and brown and queer is realer than real because your creativity is sometimes all you’ve got. And when even that gets attacked, you start to feel worthless.

Every time I write an article, present a conference paper, or perform somewhere I’m plagued and weighed down that whatever I’ve done isn’t good enough and I grow paranoid I’ll never be booked or invited back again. But them’s the breaks. Not every single idea any of us has or performance we give will be our absolute best. Even Beyoncé has bad (yet still objectively awesome) performances! There’s always room to grow as an artist. We will have terrible performances and terrible ideas, and not everyone will be a fan of our work. Someone might even tell you that you “suck,” as someone did to me at a party I played last Saturday. I was shook for the next 15 minutes but I dug out my inner “Girl, bye!” and got back into my mojo for the last part of the set. I wasn’t going to let this queen ruin my night.

I’m not really worried about Nina Bo'Nina Brown, though, because she’s definitely going places. I just know there are a lot of other depressive brown queer creatives who get down on themselves and their art, and I want to tell you that it isn’t worth it. Never let anyone tell you that you don’t belong, or you’re not good enough, even though those are the messages we receive every single day. Stop telling yourself that you don’t belong. Walk up in the piece like you own it. Be good enough for you. Don’t worry about letting other people down. Don’t let yourself down.