The Future Was Limitless

The end of Baltimore’s City Paper, and the passage of time. 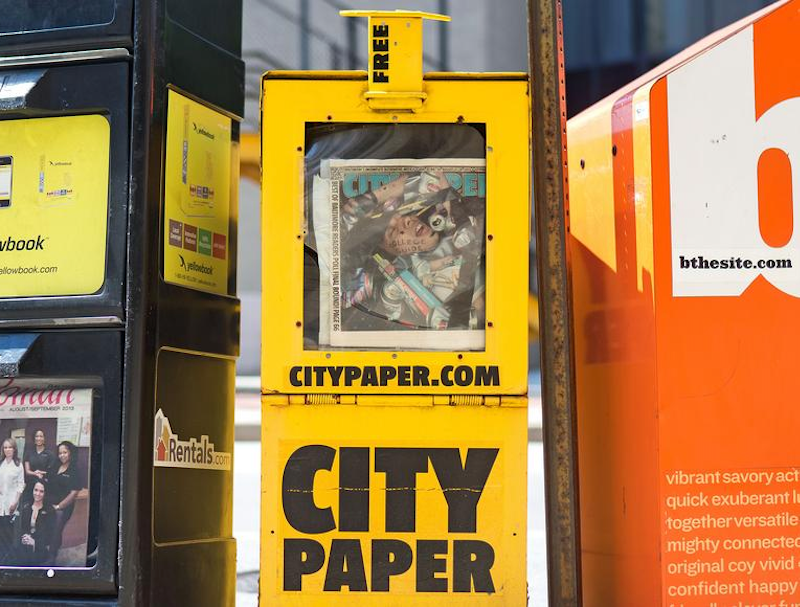 Baltimore’s City Paper was always around, though it’s anybody’s guess how it found its way into my hands at first. During pre-adolescence, as with The New Yorker then, the cartoons—which were puzzling and light years beyond my comprehension—fascinated me: “Dykes to Watch Out For,” “Life in Hell,” Lynda Barry's various prickly, bespeckled doodles.

But by late-1992 or early-‘93, I actively sought the weekly out. Trips from my father’s apartment to the Record & Tape Traders at Pikesville’s Greenspring Station might or might not end with a purchase, but invariably ended with a City Paper splayed open on my bed. I drank in arts coverage of tantalizingly unfamiliar media, grooved on a tilted authorial tone Sun articles never bore, and slowly began to recognize bylines: John Lewis, Lee Gardner, Sono Motoyama, Michael Anft. I was 15; so was City Paper.

On Wednesday afternoon, copies of the weekly’s final issue sat in a small stack outside of the Pikesville Library. On the way back to my car I picked up three copies; cool and shadowy and glowering, the late afternoon threatened to tumble into evening. The brisk purposefulness all around seemed at odds with dense gridlock—worse than I could remember it being—and encroaching twilight. I’m 40, a father, divorced, in different ways still figuring myself out. Impossibly energetic 15-year-old me was capable of devouring a City Paper in one afternoon; distracted, flagging 40-year-old me will read this much slimmer edition over the course of a week or three.

Twenty-five years. Twenty-five years later—gone by in a flash, crawling imperceptibly—my relationship with City Paper has changed significantly. Twenty-five years earlier, the notion of City Paper ever folding seemed downright incomprehensible. Comic strips ended, bands ended, and television shows ended; newspapers and networks were the bedrock upon which society was built—they weren’t allowed to end. They just couldn’t. And, anyway, the Internet was a rumor, the economy was improving, Donald Trump was a punchline. The future was limitless, it seemed; the future looked so fucking bright.